22 Nov 2020 – Sunday 22nd November 2020 marked 12 months since doctors from around the world wrote to the UK Home Secretary, Priti Patel, calling for an immediate end to the torture and medical neglect of Julian Assange.

Since that time, Doctors for Assange has repeatedly cautioned that the documented abuse of Mr Assange’s human rights, including his detention in London’s Belmarsh prison, is deleterious to his health and survival. Our warnings have taken the form of letters to governments; widespread media coverage; public statements and interviews; and two appeals in the premier medical journal, The Lancet. They have been widely referenced in the media, by advocates and by politicians of conscience. 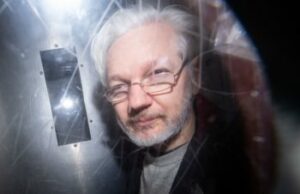 Now, one year on, the torture and medical neglect of Mr Assange not only continues unabated but has intensified. He remains arbitrarily deprived of his liberty in Belmarsh prison, as determined by the United Nations Working Group on Arbitrary Detention, imprisoned for journalistic activity that was legal when and where it occurred and remains so. He has been found to be at risk of dying and a victim of psychological torture by the United Nations Special Rapporteur on Torture.

Priti Patel’s Home Office did not respond to our letter directly, but instead issued a statement to the media, reported on 25th November 2019:

“The allegations Mr. Assange was subjected to torture are unfounded and wholly false. The UK is committed to upholding the rule of law and ensuring that no one is ever above it.”

To be clear, when Doctors for Assange wrote to the Home Secretary, Mr Assange had been assessed as being a victim of past and continuing psychological torture. It was not simply the case that he had been subjected to torture; he was being subjected to ongoing torture, which continues to this day.

Mr Assange is being detained in Belmarsh high security prison by the UK government in deference to a US government extradition request based on controversial and unprecedented political charges in retaliation for prize-winning, public interest journalism. Plainly, Julian Assange is a political prisoner of the UK-US ‘special relationship’.

And yet, none of the medical and psychological conditions itemised in our first letter to the UK government have been adequately treated or addressed. Nor has the Australian government intervened on behalf of its citizen despite our and others’ appeals for it to do so.

Mr Assange not only remains in solitary confinement, recently increased from 23 to 24 hours a day, he is at high medical risk from Covid-19 given a chronic lung condition and likely immuno suppression due to prolonged psychological torture. He meets internationally agreed criteria for release of vulnerable prisoners in light of Covid-19. Nevertheless, emergency bail has been denied, and Covid-19 positive inmates are being housed in Julian Assange’s prison wing as of November 2020. His mother and fiancée are understandably expressing their fears for his life.

Doctors for Assange shares those fears, on multiple medical grounds, and we mark one year since our first letter by renewing our call for Julian Assange to be released from prison, immediately.

Given his ongoing torture and medical neglect, it is no surprise that the court at Julian Assange’s extradition hearing at the Old Bailey in September 2020 heard evidence of severe psychological and medical suffering, with a high risk of suicide. Indeed, medical experts testified that Mr Assange suffers from many of the medical, psychological and cognitive symptoms that Doctors for Assange has warned of for the last 12 months.

In light of the continued abuses of Mr Assange’s human right to health despite our warnings, it was foreseeable that the court would hear in September 2020 that Julian Assange suffers from severe depression, trauma, suicide risk and cognitive impairments affecting concentration, memory and verbal functioning.

In a widely publicised open letter to the Australian government in December 2019, Doctors for Assange wrote that Julian Assange’s treatment by governments, judiciaries and prison authorities (arbitrariness, constant fear, threat and trauma, and prolonged isolation):

The court also heard that Mr Assange suffers from psychosis in the form of hallucinations. This is a cause for serious concern. It should equally concern any individuals who, or authorities that, owe Mr Assange a duty of care, as the conditions of his detention are known precipitants of psychosis. Members of Doctors for Assange have warned in public statements and interviews that prolonged isolation, such as that imposed on Mr Assange, can cause hallucinations and psychosis in vulnerable individuals.

The court further heard that Mr Assange is vulnerable not only to hallucinations and Covid-19, but depression and suicide. Experts testified that: Julian Assange suffers from a history of depression and hallucinations, there is a family history of suicide, and he has a diagnosis of Autism Spectrum Disorder (ASD), specifically Asperger Syndrome. Experts explained to the court that Mr Assange’s ASD diagnosis statistically places him at a ninefold elevated risk of suicidal ideation.

Based on the medical evidence, Doctors for Assange agrees with expert witnesses that Julian Assange is likely to succumb to suicidal impulses should extradition to the United States become imminent. That is not to say, however, that the current conditions of Mr Assange’s detention, constituting “arbitrary deprivation of liberty” according to the UN Working Group on Arbitrary Detention, do not already pose a substantial risk.

Doctors for Assange would like to add that Julian Assange’s vulnerability to suicide is further exacerbated by the medical neglect that we have repeatedly documented and denounced. Physical illness is known to increase suicide risk, particularly where multiple physical ailments co-occur. Prolonging Julian Assange’s medical neglect by continuing to hold him in Belmarsh prison, rather than releasing him for appropriate medical care, constitutes an additional risk to his psychological and mental health, with potentially fatal consequences.

The Old Bailey heard, moreover, that Julian Assange broke a rib while tying a shoelace, and that he suffers from osteoporosis. Doctors for Assange has previously warned that Julian Assange would likely be suffering from bone problems as a result of being forced to seek asylum in the Ecuadorian Embassy and living for many years without sunlight, adequate exercise or proper medical care.

Given these multiple vulnerabilities, authorities and governments responsible for Julian Assange’s welfare have a duty and responsibility to prevent actions that would cause further harm to his physical and psychological health. Doctors for Assange notes that a prosecution witness argued that as hospital treatment was not recommended by treating practitioners, Julian Assange’s symptoms could not be severe. To be clear, publicly available evidence indicates that precisely such recommendations were made, for example, in September 2015, January 2018, and June 2018. Indeed, this was documented in our letter to the UK government in November 2019 and is among the reasons our letters in The Lancet referred to Julian Assange’s torture and medical neglect, the instruments of Mr Assange’s abuse and suffering and in which officials are complicit.

In light of the medical evidence and growing public record of Julian Assange’s psychological torture and medical neglect, it is incumbent upon UK government authorities, including those directly responsible for Mr Assange’s medical care, to refrain from placing him at further medical risk in a maximum security prison, as a non-violent person on remand, charged with nothing under UK law, and detained solely for controversial political offences under archaic and draconian US law, the Espionage Act of 1917.

Accordingly, Doctors for Assange joins the world’s leading human rights and press freedom authorities in calling for Julian Assange’s freedom from imprisonment and extradition over publishing activity. At a minimum, Julian Assange must be urgently released to home detention for medical reasons, consistent with his human right to life and health, and in line with the inviolable medical obligation to do no harm.