You’ve already lost. This is what North Americans need to understand. 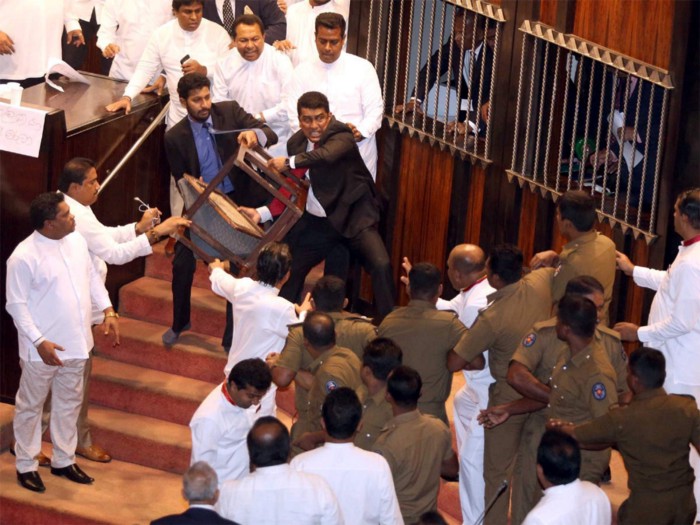 11 Nov 2020 – Two years ago, I lived through a coup in Sri Lanka. It was stupid. The minority party threw chili powder at everyone in Parliament and took over by farce. Math, however, requires a majority and the courts kicked them out. They gave in. We’d been protesting for weeks and yay, we won.

Four months later, on Easter Sunday, some assholes attacked multiple churches and hotels, killing 269 of us. My wife and kids were at church, I had to frantically call them back. Our nation was shattered. Mobs began attacking innocent Muslims. It was out of control. The coup broke our government, and four months later, that broke us.

The coup was a farce at the time but how soon it turned to tragedy. They called it a constitutional crisis, but how soon it became a real one. Right now, the same thing is happening to you. I’m trying to warn you America. It seems stupid now, but the consequences are not.

What is a coup? It’s literally a blow, a strike. Someone hitting your normal processes of government, trying to knock them over. The blow doesn’t have to succeed. It still wounds. In our case it was occupying Parliament without a majority. In yours it’s denying the President-Elect after an election. Whether it fails or not, deep structural damage is done. At the time, however, it just feels dumb.

As a recovering coup victim to another, let me tell you this. The first step is simply accepting that you’ve been coup’d. This is hard and your media or Wikipedia may never figure this out (WTF does constitutional crisis mean? Is murder a legal crisis?), but it’s nonetheless true. The US system is weird, but people voted for a change of power. One person is refusing to accept the people’s will. He’s taking power that doesn’t belong to him. That’s a coup.

Americans are so caught up with the idea that this can’t be happening to them that they’re missing the very obvious fact that it is.

What else do you call Donald Trump refusing to leave, consolidating control of the military, and spreading lies across the media? That, my friends, is just a coup. You take the power, you take the guns, and you lie about it. American commentators say “we’re like the third world now” as if our very existence is a pejorative. Ha ha, you assholes, stop calling us that. You’re no better than us. The third world from the Sun is Earth. You live here too.

America, in fact, is worse than us. America’s democracy is a lightly modified enslavement system that black people only wrested universal franchise from in 1965. It’s frankly a terrible democracy, built on voter suppression of 94% of the population, full of racist booby traps and prone to absurd randomness. For example, your dumbass founders left enough time to get to Washington by horse. Four months where a loser could hold power, later reduced to two. This is a built-in coup.

Think about it. Your system gives the loser all the power and guns for two whole months. Almost every modern democracy changes power the next day, to avoid the very situation you’re in.

Here’s how you would describe the same events happening to us: 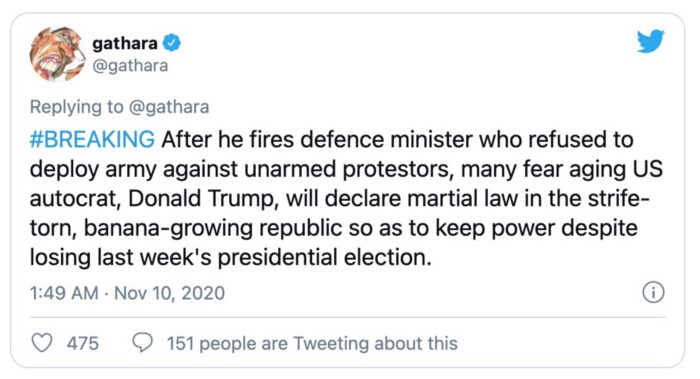 Coups happen to white people too. As Ashton Kutcher would say:

It’s absurd, because the whole thing seems like a clown show. Coups are supposed to be orderly, authoritarian, not this dumb shit. It honestly seems like a grift to bilk supporters out of more money. You can just roll it back, right? Right?

We lost our children, playing at church. We lost our friends, sitting down to brunch. Muslims lost their dignity and rights. Your Republicans have set forces into play they cannot possibly understand and certainly cannot control. And they don’t even want to. To them, chaos is a ladder.

This is precisely why we have elections, and why both sides accept the results. To keep the chaos at bay. The whole point is that you have a regular, ritual fight rather than fighting all the time. Once one side breaks ritual then you’re on the way to civil war. Once you break the rules then chaos ensues. What exactly happens? I don’t know. It’s chaos.

One side has stopped believing in elections. This is very bad. Via Mediaite

This year America had fascism on the ballot and nonwhite people mercifully said no. The fascists, however, are now saying fuck ballots. And enough of the population is like fuck yeah!

This is a major problem, and it won’t just go away on a technicality. I’m telling you, as someone that’s been there, you’ve already lost. It doesn’t matter if you get Trump out. He and the Republican Party are destroying trust in elections in general. This is catastrophic. You have no idea.

Your media are covering this like a high school dance, but it’s not funny. See this headline in the NYTimes. It’s wildly irresponsible. All your local coverage is. 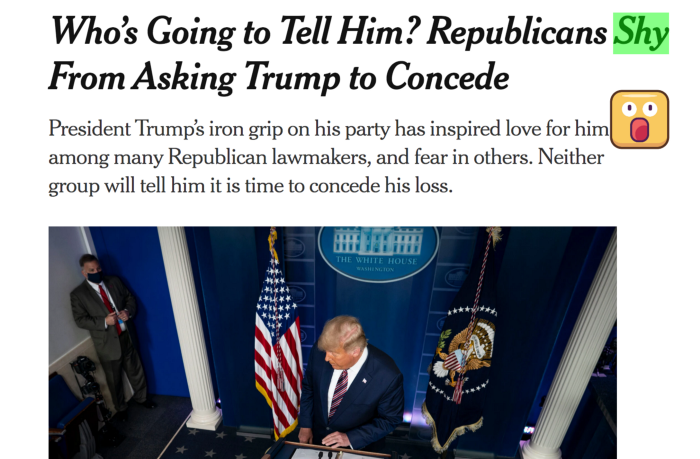 No you fools, they’re supporting a coup.

What I can tell you — what anyone who’s experienced this can tell you — is that it’s going to be bad. I didn’t know that churches and hotels would blow up on Easter Sunday, but I know now. I’m trying to tell you in advance. You’ve opened up a Pandora’s box of instability. All kinds of demons come out.

There’s a ticking bomb at the heart of your democracy now. Your government, the very idea of governance is fatally wounded. Chaos has been planted at its heart. I don’t know what this chaos will grow into, but I can promise you this. It won’t be good.

My wife and children were at church that day. Our regular church (where they hadn’t gone) had bombs on either side. I couldn’t understand the news when I first got it and you cannot understand the fear until they were safely home. I do not want you to understand but I fear one day you must. You have fucked with chaos and soon chaos will fuck with you. To quote Yeats,

The falcon cannot hear the falconer;
Things fall apart; the centre cannot hold;
Mere anarchy is loosed upon the world,
The blood-dimmed tide is loosed, and everywhere
The ceremony of innocence is drowned;

I’ll close with the one thing that kept my own family safe.