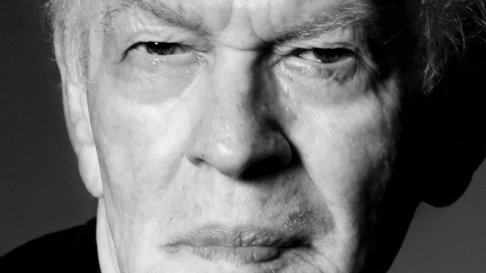 Since Sharp began writing about nonviolence, over fifty autocratic governments have been toppled through unarmed civil resistance movements, many of which were influenced by his writings.

18 Feb 2018 – As a left-wing student activist in the 1970s, I parted with most of my comrades regarding their romanticization of armed revolution. Recognizing that pacifist arguments would be unconvincing—particularly in cases of those struggling against U.S.-backed dictatorships around the world—I came upon the writings of Gene Sharp, a Harvard University-based scholar who, through his study of centuries of nonviolent struggle, made a convincing case on utilitarian grounds that nonviolent struggle was a better means of resistance.

Most of my fellow student radicals remained unconvinced, in large part because there were few concrete examples, at that time, of largely nonviolent movements bringing down authoritarian regimes. In the forty years since, however, over fifty autocratic governments have been toppled through unarmed civil resistance movements, many of which were influenced by Sharp’s writings.

Gene Sharp died this past Sunday at the age of ninety in his modest row house in a working class neighborhood in East Boston, which had also served as the office of the Albert Einstein Institution, which he founded 35 years ago.

His monograph From Dictatorship to Democracy, translated into dozens of languages, became a handbook for nonviolent revolt.

His massive three-volume work The Politics of Nonviolent Action, published in 1973, helped bring the study of nonviolent resistance from ethics and philosophy into the social sciences. And his widely-circulated monograph From Dictatorship to Democracy: A Conceptual Framework for Liberation, published twenty years later and translated into dozens of languages, became a handbook for nonviolent revolt. Scores of his other books and articles have similarly inspired scholars and activists, making him the most prolific author in the field.

Despite his work being increasingly validated by both scholarship and world events, Sharp remained the target of elements of both the right and far left. For those whose assumption of power rested with men with guns—whether it be the state or an armed revolutionary vanguard—the idea that rulers could hold onto power only if their subjects agreed to cooperate represented a whole new paradigm that was hard to comprehend, much less support.

In his effort to be taken more seriously by those in strategic studies, Sharp reached out to mainstream analysts, military and government officials, and others in the hopes of expanding interest in the topic beyond the pacifist community. He hoped—perhaps naively—to convince warmakers that there were alternatives to militarism. Unfortunately, this helped fuel conspiracy theories, put forward by Iran and other governments, that Sharp was part of some U.S. effort to promote “regime change.”

Some elements on the anti-imperialist left began to take such claims seriously. A series of articles appeared in progressive publications which—through guilt-by-association and at times simple fabrication—falsely claimed that Sharp’s work was government-funded and designed to promote U.S. hegemony and international capitalism. Some of the very leftists who previously dismissed the very idea of toppling governments through nonviolent tactics began insisting that nonviolent regime change was so easy that it could somehow be directed by bureaucrats in Washington.

Despite scores of progressive activists and scholars coming to Sharp’s defense—including Noam Chomsky, the late Howard Zinn, and Daniel Ellsberg—the charges had a surprising degree of resonance. Ironically, the “anti-imperialists” promoting such conspiracy theories themselves appeared to be embracing an imperialist mentality by denying agency to those—primarily people of color in the global South—who were actually facing down the tanks with their bare hands. Nor did the critics acknowledge Sharp’s own history as a radical activist in his youth or recognize that the vast majority of pro-democracy activists who utilized his writings were engaged in struggles against governments supported by the United States.

Indeed, Sharp’s writings were employed by modern U.S. progressive movements from the anti-nuclear movement of the 1970s through the Occupy movement earlier this decade. But his research also provided compelling evidence to counter rationalizations by Washington for foreign intervention. As the Washington Post noted, “With his belief in nonviolent regime change strategy from within a nation, the Boston-based academic also became an important voice at a time when the United States began considering a more disruptive approach in the first years of the 21st century: regime change through invasion.”

Sharp’s writings were employed by modern U.S. progressive movements from the anti-nuclear movement of the 1970s through the Occupy movement earlier this decade.

Sharp’s work finally started getting the attention of mainstream media during the Arab Spring of 2011. But some of the coverage—perhaps in the quest to credit a white American savior rather than ordinary Arabs—exaggerated his influence, referring to him as the father of what were initially nonviolent revolutions. (Even in the early response to his death, headlines memorialized him this way.) Yet Sharp himself never claimed such a role. Indeed, despite repeated references to “Sharp’s techniques,” he did not invent any of them. He documented hundreds of nonviolent tactics, categorized them, and analyzed them, but they all came through his study of actual popular struggles, primarily waged by people of color.

In recent years, the field of strategic nonviolent action—increasingly known as “civil resistance”—has grown dramatically, extending well beyond Sharp’s analysis and methodology. Quantitative studies by mainstream strategic analysts like Erica Chenoweth have validated his argument that nonviolent resistance is far more effective than armed struggle. Others, while also confirming the power of nonviolent resistance, have challenged his pluralistic concepts of power and some other theoretical assumptions. Virtually everyone in the field, however, owes him a great intellectual debt.

Virtually everyone in the field owes him a great intellectual debt.

Sharp has been referred to as the “Machiavelli of nonviolence” and the “Clausewitz of nonviolent warfare.” Ultimately, however, his analysis of power and struggle will likely prove to be more accurate and, perhaps, even more influential. The costs of counter-insurgency warfare have become so horrific—as seen in Vietnam, El Salvador, Syria, and elsewhere—that finding more effective means to challenge authoritarianism becomes all the more essential.

Given the U.S. role as the world’s primary supporter of autocratic regimes, perhaps those who most need to apply Sharp’s understanding of the power of nonviolent action are those of us here in the United States.

Stephen Zunes is a leading scholar of U.S. Middle East policy and of strategic nonviolent action. He is a professor of politics and international studies at the University of San Francisco and serves as an editorial fellow at the Tikkun Institute.  Zunes is the author, along with Jacob Mundy, of Western Sahara: War, Nationalism, and Conflict Irresolution (Syracuse University Press, 2010).