Tributes paid to fearless reporter described as ‘the greatest journalist of his generation’. 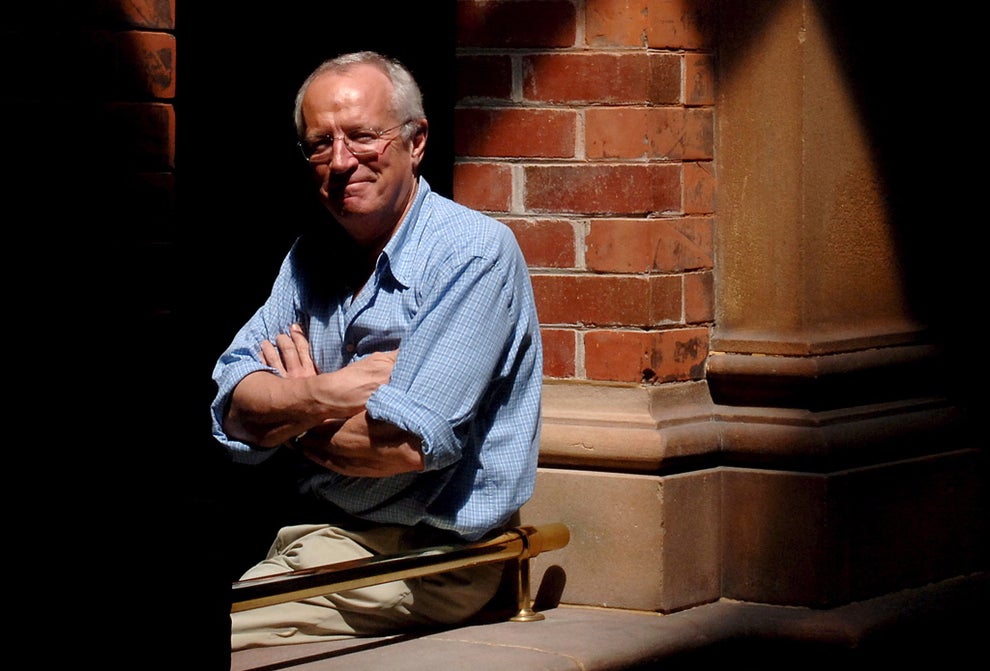 2 Nov 2020 –Robert Fisk, a veteran Middle East correspondent for The Independent and the most celebrated journalist of his era, has died on 30 Oct after an illness. He was 74.

Fisk was renowned for his courage in questioning official narratives from governments and publishing what he uncovered in frequently brilliant prose.

He joined The Independent in 1989 from The Times and rapidly became its most recognisable writer and searched-for byline. He continued to write for The Independent until his death in Dublin.

“Fearless, uncompromising, determined and utterly committed to uncovering the truth and reality at all costs, Robert Fisk was the greatest journalist of his generation. The fire he lit at The Independent will burn on.”

Much of what Fisk wrote was controversial, something he appeared to savour. In 2003, as the US and UK prepared for the invasion of Iraq, Fisk went to the United Nations in New York, where he watched then Secretary of State Colin Powell make an unimpressive case for war.

“There was an almost macabre opening to the play when General Powell arrived at the Security Council, cheek-kissing the delegates and winding his great arms around them,” he wrote. “Jack Straw fairly bounded up for his big American hug.”

Fisk, who was born in Kent, and studied at Lancaster University, began his career on Fleet Street at the Sunday Express. He went on to work for The Times, where he was based in Northern Ireland, Portugal and the Middle East.

For decades he was based in the Lebanese city of Beirut, and occupied an apartment located on its famed corniche. He lived and worked there as the nation was torn apart in a civil war, and a number of journalists fell victim to kidnappers.

Fisk, who was the recipient of numerous awards, including from Amnesty International and the British Press Awards, wrote several books, most notably Pity the Nation: Lebanon at War and The Great War for Civilisation: The Conquest of the Middle East. He completed at PhD at Trinity college and had a home in Dalkey in Co Dublin.

He interviewed Osama bin Laden twice. After the attacks of 9/11 and the subsequent US and UK invasion of Iraq, he travelled to the Pakistan-Afghan border, where he was attacked by a group of Afghan refugees, furious about the killing of their countrymen by western forces.

He famously turned the incident into a front page report, complete with an image of his battered face.

“I realised – there were all the Afghan men and boys who had attacked me who should never have done so but whose brutality was entirely the product of others, of us — of we who had armed their struggle against the Russians and ignored their pain and laughed at their civil war and then armed and paid them again for the ‘War for Civilisation’ just a few miles away and then bombed their homes and ripped up their families and called them ‘collateral damage’.”

“I have learned with great sadness of the death of Robert Fisk,”he wrote in a statement.

“With his passing, the world of journalism and informed commentary on the Middle East has lost one of its finest commentators.

“Generations, not only of Irish people but all over the world, relied on him for a critical and informed view of what was taking place in the conflict zones of the world and, even more important, the influences that were perhaps the source of the conflict.”

Robert Fisk was the multi-award winning Middle East correspondent of The Independent, based in Beirut. He lived in the Arab world for more than 40 years, covering Lebanon, five Israeli invasions, the Iran-Iraq war, the Soviet invasion of Afghanistan, the Algerian civil war, Saddam Hussein’s invasion of Kuwait, the Bosnian and Kosovo wars, the American invasion and occupation of Iraq and the 2011 Arab revolutions. Occasionally describing himself as an ‘Ottoman correspondent’ because of the huge area he covered, Fisk joined The Independent in 1989. He has written best-selling books on the Middle East, including Pity the Nation and The Great War for Civilisation. He was born in Kent in 1946 and gained his BA in English and Classics at Lancaster University. He holds a Ph.D. in politics from Trinity College, Dublin. RIP