Sidelining Africans, the US Imposes Its Own Choice for UN Envoy to Libya 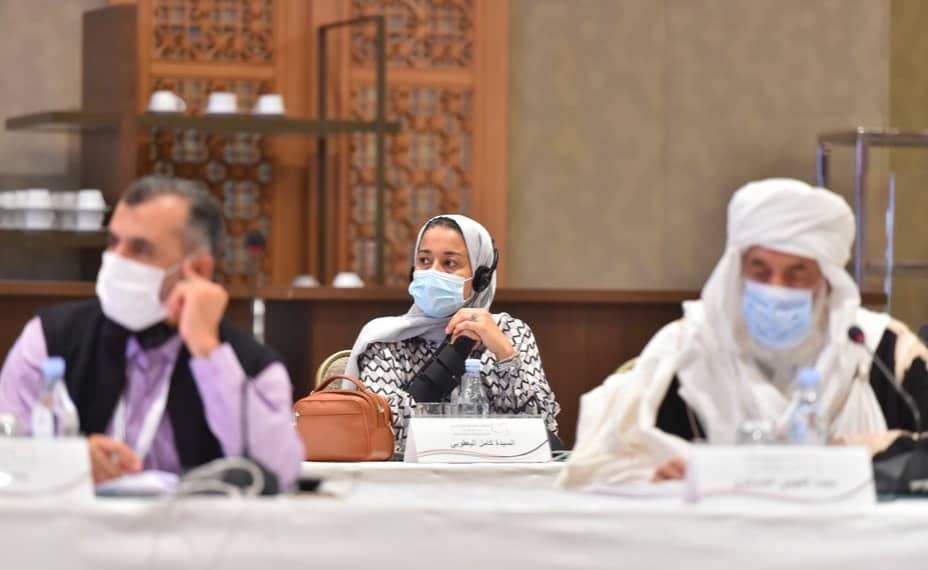 UN-led talks to draft plans for a new political, peaceful era in Libya were held in Tunisia last week, above. The post of UN special envoy and head of the UN mission in Libya remains filled by an “acting” representative, while two African-submitted candidates have been snubbed. UNSMIL

16 Nov 2020 – Ignoring two proposals from Africa to fill the United Nations special envoy post for Libya, the United States demanded that the secretary-general, António Guterres, accept its own choice, several diplomats have told PassBlue. The maneuver could leave Africa with only a minimal voice in the mediation of a war in its own continent, spurred almost a decade ago by a Western military intervention that the African Union staunchly opposed.

Several African diplomats and political observers view the imposition of the US as another instance of colonial interference in their continent, now targeting an oil-rich nation whose turmoil is destabilizing neighboring countries and subjecting migrants passing through Libya to unlawful killings, disappearances, sexual violence and slavery.

The US choice for the special envoy for Libya — the Bulgarian diplomat Nickolay Mladenov, currently the UN coordinator for the Middle East Peace Process — is expected to be announced any moment. The US mission to the UN said on Nov. 16, “We have nothing to announce on this right now.”

Both the envoy post and head of the UN mission in Libya, known as Unsmil, is being filled in an “acting” capacity by an American, Stephanie Williams. She took on the role after Ghassan Salamé, a Lebanese academic, politician and diplomat, quit in March. He was disgusted, he later said, over certain members of the UN Security Council “stabbing him in the back” and their “hypocrisy” in undermining his mediation efforts in Libya.

For months, Mladenov, a well-respected diplomat, has been rumored to be named the UN envoy for Libya. He would step into Williams’s shoes to manage the UN-led political dialogue that began in Tunisia on Nov. 9 between the two main warring parties in Libya. The conference was preceded by four rounds of negotiations that have been held since February.

The talks in Tunisia resulted in at least one major announcement: presidential elections for Libya are scheduled to take place on Dec. 24, 2021, a date marking 70 years of independence for the country. A cease-fire has been working for nearly a month as violence has subsided, Williams told the media, below, on Nov. 13.

But since Salamé left in March, African nations submitted candidates to no avail, they say: the former foreign ministers Hanna Tetteh of Ghana and Ramtane Lamamra of Algeria, who was reportedly blocked by the US at the request of Egypt and the United Arab Emirates. Both of those countries have been playing proxy roles in the Libyan war.

Tetteh is the UN special envoy to the African Union and head of the UN office to that body. Lamamra is a new member of the Stockholm International Peace Research Institute’s governing board.

The US insisted that the dual roles of the UN post be filled separately: one to head the UN mission, based in Tripoli; the other to lead the mediation. Earlier in the year, the US asked Helle Thorning-Schmidt, a former Danish prime minister, but she reportedly declined.

A Security Council resolution approved in September formally divided the functions of the UN representative in Libya into a special envoy and a coordinator in charge of “day-to-day operations and management” of Unsmil. An African diplomat could be appointed as the mission’s coordinator, diplomats said.

But the lack of an African in the mediation role has irked Africans.

“There have been two previous candidates from Africa who received overwhelming support from the majority of the members of the Security Council, and we are yet to receive feedback on the status of these nominations,” reads a letter dated Sept. 24 addressed to Rosemary DiCarlo, the UN under secretary-general for Political and Peacebuilding Affairs.

The letter — a copy of which was obtained by PassBlue — was signed by the permanent representatives of two of the three African members of the Security Council — Niger and South Africa, plus their Caribbean ally Saint Vincent and the Grenadines, another elected Council member. (Tunisia not only hosted the recent negotiations but as the third African Council member, it reportedly backs the Mladenov candidacy.)

The letter stated, “We are not in a position to support the nomination of Mr. Mladenov.”

Guterres presented the two African candidates to fill the envoy post to the Council. However, “at the end of the day, neither candidate was backed, so he was basically forced to present a third candidate,” Mohammed told PassBlue.

The effort by Africans to promote their own candidates to lead the peace efforts in Libya — a country left in military and humanitarian chaos after the Security Council authorized a NATO-led aerial intervention in 2011 — is now over. At this point, the African Union does not want to hinder or delay the mediation process, Mohammed said. The African nations will go along “with what the Security Council decides and what the SG [Guterres] is able to move forward on.”

“It was a matter of principles,” Mohammed said, referring to the original opposition, adding, “All three candidates are highly experienced candidates, and any of them could do the job.”

Another African diplomat who asked not to be identified so he could speak candidly about the process told PassBlue that the US rejected both African candidates, even though they enjoyed the support of 14 of the 15 Security Council members, he said. “Africans are still being ignored, and the outside world comes in and they basically do what they want.”

The 2011 military intervention of Libya, enacted under the guise of protecting civilians amid a civil war, caused the mob murder of the leader Gen. Muammar el-Qaddafi, a nationalist symbol for African and Arab unity but deemed an unsavory figure by the West. He was a major founder of the African Union in 2002, and even proposed a United States of Africa.

The intervention and ensuing escalation of violence killed and injured tens of thousands of people, though no accurate records of casualties are available; destroyed critical infrastructure and displaced tens of thousands of civilians. Thousands of migrants passing through Libya since then and in the renewed civil war have been detained, tortured, raped and killed.

One side in the current battle is the UN-recognized and Tripoli-based Government of National Accord, bolstered by Turkey and created in 2012. The other side is the Interim Government, which controls eastern Libya with the support of the Libyan House of Representatives and the armed group known as the Libyan National Army, led by the field marshal Khalifa Haftar and backed by the United Arab Emirates, Egypt, Russia and, until recently, France.

“It’s unclear why an African cannot help to solve an African issue,” one diplomat said to PassBlue. “It’s always strange when foreigners come in and want to solve an issue for us when they are often involved in causing the instability in the first place.”

The negotiations in Tunisia occurred after Haftar’s Libyan National Army retreated in June from its position around the capital, Tripoli, which for 15 months their troops unsuccessfully tried to overtake. A process of peace talks for Libya was actually initiated a year ago, in September 2019, by Germany and Salamé, followed by a Berlin conference in January.

Convened by Chancellor Angela Merkel, it gathered the governments of Algeria, Britain, China, Egypt, France, Germany, Italy, Russia, Turkey, the Republic of the Congo, the United Arab Emirates and the US as well as Guterres and the heads of the African Union, the European Union and the League of Arab States.

The talks in Tunisia carried the process forward, prompting Guterres to say to the participants on Nov. 9, “You have the opportunity to end a tragic conflict and create a future of dignity and hope.” He alluded to the foreign actors driving the conflict, which include Russian mercenaries: “I call on the international community to provide its strong backing as well, including by ensuring full adherence to the Security Council arms embargo.”

The UN has opened more than 40 investigations of violations of the arms embargo imposed by the Security Council on Libya. Williams has described the arms embargo as “a joke,” bypassed by land, sea and air. She also called for the immediate closure of migrant detention centers in Libya, saying the conditions were “abhorrent.”

Indeed, the situation in Libya has generated “a great degree of instability,” said Gustavo de Carvalho, senior researcher for the Institute for Security Studies, a think tank in Pretoria, South Africa. “While many UN member states see the issue in Libya more as an issue related to the Arab or European worlds,” wrote de Carvalho to PassBlue, “the impacts of the conflict are seen throughout North Africa and the Sahel.”

Maurizio Guerrero is the senior writer in New York and at the United Nations for Proceso, a political newsweekly based in Mexico, for which he writes on topics ranging from international diplomacy to immigration and criminal justice. Guerrero also regularly publishes in Forbes Mexico. For 10 years, he was the New York bureau chief for the Mexican newswire agency Notimex. Guerrero studied journalism in Mexico City, followed by postgraduate work on print media at the Thomson Foundation in Cardiff, Wales.