The Love of Truth and the Truth of Love: Bertrand Russell on the Two Pillars of Human Flourishing 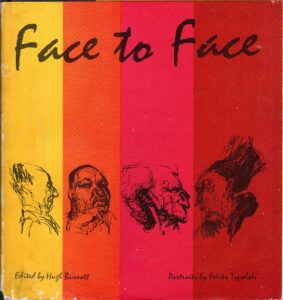 “Love is wise, hatred is foolish.”

In the mid-1950s, as the icy terror of the Cold War was cloaking the embering rubble of two World Wars, the BBC producer and cartoonist Hugh Burnett envisioned an unexampled program to serve both as a cross-cultural bridge and a mirror beaming back to a dimmed and discomposed humanity the noblest and most beautiful ideas of its noblest and most beautiful minds. Face to Face — a series of intimate conversations with people of genius, influence, and exceptional largeness of spirit, interviewed by the British broadcaster and politician John Freeman — began as short-wave radio broadcasts to listeners in the Far East and soon became a BBC television program. Television was then a young medium, aglow as any young medium with the promise of its potential and blind to its peril — something reflected with chilling clarity in Burnett’s own idealistic vision for it, so starkly contrasted by the echo chamber and manipulation laboratory television has become in the half-century since:

One of the most important functions of television is the honest display of human beings to one another. When this happens, it becomes possible to judge whether the standards and beliefs being held up for approval are really as valid and generally supported as we are led to believe. Social progress is slowed by isolation, and one of the great advantages of good television is that people are exposed to wide varieties of views and attitudes quite different form their own.

This is the vision that shaped Face to Face, which set the template for what became, half a century later, the most popular manifestation of a new medium: the podcast. The best of these BBC conversations, accompanied by the great Polish expressionist painter Feliks Topolski’s live portraits of each subject, were later condensed and edited into what might best be described as first-person narratives fusing autobiography and existential reflection, and published as the out-of-print 1964 treasure Face to Face (public library).

Among the thirty-five subjects included in the book, alongside Martin Luther King, Edith Sitwell, and Carl Jung, was the Nobel-winning English mathematician, logician, philosopher, and sanity steward Bertrand Russell (May 18, 1872–February 2, 1970), whom I continue to consider one of the most lucid and luminous minds our civilization has produced, and by far the philosopher whose ideas — ideas at the rare and necessary nexus of science and humanitarianism — I most admire in totality.

Having lost his mother when he was two and his father when he was three, Russell fell in love with Euclid amid the loneliness of his childhood. In the loveliness of mathematics and logic, he discovered an instrument of thought that could have, were it more widely adopted, prevented the inhumanity of the world wars. Shortly before his remarkable response to a fascist’s provocation, he reflects on the greatest peril of and to our humanity:

When asked what, in nearly ninety years of living, he has learned about life that he considers most important to pass on to posterity, Russell offers two things — “one intellectual and one moral.” The first is a sentiment evocative of Carl Sagan’s “Baloney Detection Kit” for critical thinking:

Two world wars after Tolstoy asserted in his little-known correspondence with Gandhi that “love is the only way to rescue humanity from all ills” and a decade after W.H. Auden made what remains the single most poignant one-word revision in the history of the English language — the idealistic “we must love one another or die” before the Second World War to the disillusioned “we must love one another and die” after it — Russell adds his second vital learning:

The moral thing I should wish to say… is very simple. I should say: love is wise, hatred is foolish. In this world, which is getting more and more closely interconnected, we have to learn to tolerate each other. We have to learn to put up with the fact that some people say things that we don’t like. We can only live together in that way and if we are to live together and not die together, we must learn the kind of charity and the kind of tolerance which is absolutely vital to the continuation of human life on this planet.

Complement with Russell’s kindred-spirited contemporary Albert Camus on the three antidotes to the absurdity of life — the third of which is an exquisite affirmation of Russell’s moral bequeathal — and a poetic counterpart in Maya Angelou’s “A Brave and Startling Truth,” and then revisit Russell on how to heal an ailing and divided world, our mightiest defense against political manipulation, what makes a fulfilling life, and his immensely insightful Nobel Prize acceptance speech about the four desires driving all human behavior. 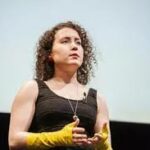