The Whale Who Sank a Ship and Became a Legend

On 20th November, 1820, far out in the Pacific Ocean, an enormous male sperm whale turned on a group of American whalers, ramming their ship, the Essex, and sinking it.  News of the event shocked the whaling world, and would later inspire Herman Melville to write his great American novel, Moby Dick.

17 Nov 2020 – No one can know for sure why the whale did what he did, though it is easy to imagine his rage at the violent, unprovoked assault on his fellow whales.  As Ishmael, the narrator of Moby Dick, says: ‘I tell you, the sperm whale will stand no nonsense.’

As we approach the 200th anniversary of this event, we’re taking the opportunity to shine a light on this amazing species that has, for so long, held a powerful hold on the human imagination, and asking what the story of the sinking of the Essex tells us today.

Sperm whales had already been swimming the ocean for millions of years before the first of our own ancestors had picked up a tool or stood upright.  As the largest toothed predators on the planet, with the largest brain on Earth, they knew few natural enemies.  Then, in the 18th and 19th centuries, they became the target for the first great oil rush, and were hunted down, killed and rendered into oil by whalers from the US, Europe and Russia.

Sperm whales were valued in barrels of oil – oil which lit cities across America and Europe and helped kick start the Industrial Revolution.  The tragic irony of this exploitation was that it turned whales, who we now know are both vital to maintaining a healthy planet and one of the most intelligent and culturally sophisticated species on Earth, into greenhouse gases, decimating their populations while contributing to human-made climate change. 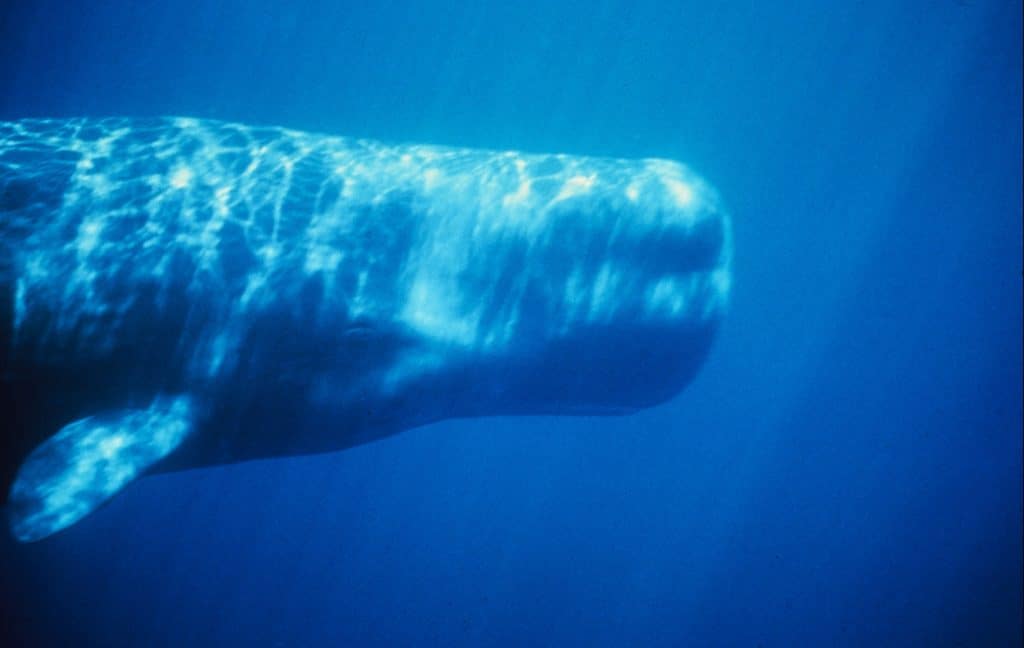 ‘By the end of worldwide whaling,’ explains WDC ambassador Philip Hoare in his book Leviathan, ’Nearly three-quarters of all sperm whales had been killed, reducing a population of more than a million in 1712 to 360,000 by the end of the 20th Century.’

Today, decades after the ban on commercial whaling came into place, sperm whales are still listed as ‘vulnerable’ by the International Union for Conservation of Nature (IUCN).  While they are no longer hunted, they are still threatened by collision with shipping, entanglement in fishing gear and ocean warming.

But there is hope. The whaling ships that once set sail from close to our North America office in Massachusetts have now been replaced by whale watching boats.  In ex-whaling nations, such as the UK, people appreciate that living whales are of inestimably greater value than dead whales – as individuals, as sources of wonder and as allies in our fight against climate change.

2020 has been a reminder to us all that there are repercussions to harming the natural world – from pandemics to climate breakdown. It’s a lesson we should have learnt from this whale 200 years ago and one that we need to learn quickly, before it’s too late.  Because, to paraphrase Ishmael,  Mother Nature will stand no nonsense!