10 Dec 2020 – The overwhelming bipartisan vote by the House of Representatives Tuesday [8 Dec] evening to approve the largest military budget in American history demonstrates the reality of capitalist politics. Democrats and Republicans are supposedly at each other’s throats over an array of social and political issues, but they are entirely in agreement on funding the world’s largest and most lethal military machine. 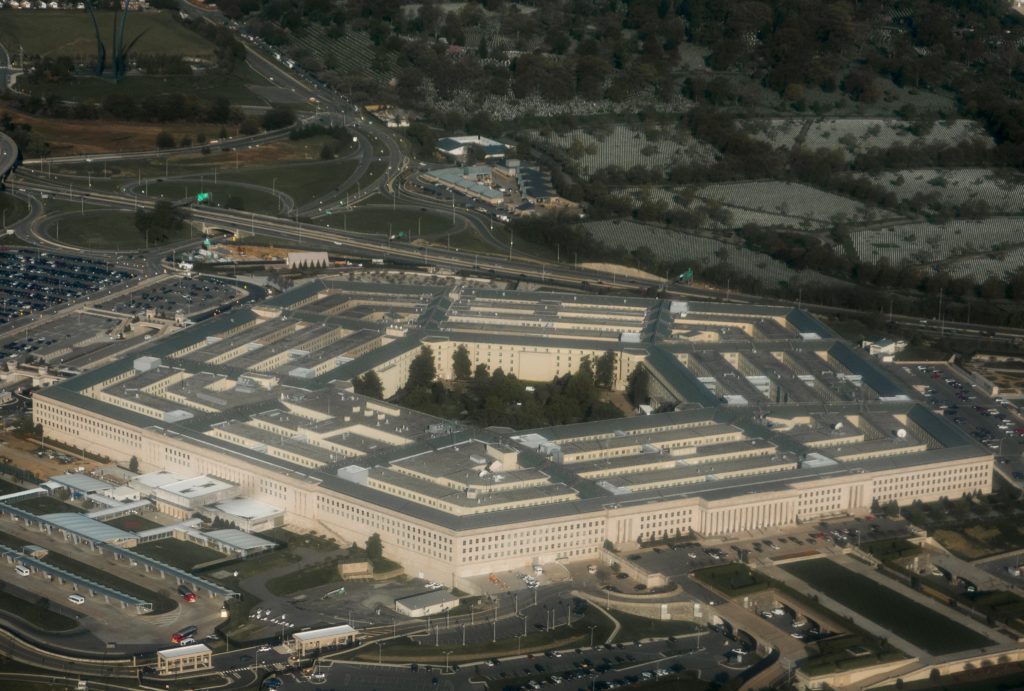 The margin was far more than the two-thirds required to override a threatened Trump veto, although it is not clear that Trump will actually follow up on his tweets demanding two changes in the bill, neither relevant to its basic purposes. Senate Majority Leader Mitch McConnell has already said the Senate will pass the NDAA in the next few days. The margin is likely to be even more decisive than in the House.

While rubber-stamping the largest-ever Pentagon budget, the House and Senate remain locked in a protracted stalemate which has blocked the payment of a single dollar of federal supplemental unemployment insurance since the benefit expired last July 31.

The $741 billion for the Pentagon is approximately six times as much as the $121 billion in unemployment benefits paid out to 60 million workers since the coronavirus pandemic struck.

It is not hard to imagine what the rest of the world is to think of this all-out US drive for military power “uber alles”: China, Russia and imperialist powers like Germany, Britain, France and Japan are all engaged in military build-ups to match that in America, bringing ever closer the danger of an uncontrolled military clash between great powers, most of them nuclear armed.

Well short of such an apocalypse, the arms race involves an unforgivable squandering of economic resources needed to meet social concerns such as education, health care, alleviating poverty and retirement security.

One of the largest single components of the Pentagon budget is Overseas Contingency Operations (OCO), funded to the tune of $69 billion. This is the spending for ongoing military operations where US forces are deployed: primarily Afghanistan, Iraq and Syria, as well as the Persian Gulf, where vast naval and air assets are arrayed against Iran. The OCO also covers active drone missile warfare operations across Central Asia, the Middle East and North Africa.

The bill puts billions into preparations to confront Russia and China, including fully funding the European Deterrence Initiative, the NATO build-up on Russia’s western borders, and the Pacific Deterrence Initiative, providing $2.2 billion for similar activity by US naval and air forces directed against China. The label “deterrence” is entirely deceptive: the Pentagon is not seeking to ward off Russian and Chinese aggression, but to prepare for US aggression against one or both countries, regarded as the main obstacles to maintaining US world domination. Another $250 million goes for the Ukraine Security Assistance Initiative, while $500 million (and likely much more) is earmarked for Israel.

Some other major provisions of the bill include:

Adding $108 million to the procurement of MQ-9 drones equipped to fire missiles.

Funding to support redesign and improvement of land-based combat systems like artillery, tanks and armored vehicles for the “future of warfare against near-peer competitors” (war with Russia, China or another major power).

Equipping the Army with an additional 116 helicopters, including 60 UH-60 Blackhawks, 50 AH-64E Apaches, and six of the giant MH-47G Chinooks.

Continued funding for a systematic, across-the-board modernization of US nuclear weaponry, begun under Obama and continued under Trump, including submarine-fired missiles, land-based intercontinental ballistic missiles and heavy bombers capable of intercontinental flight.

The legislation incorporates a number of provisions to block military moves announced by Trump in recent months, delaying reduction of US troops stationed in Germany and South Korea, for example, until the next administration. Trump did not threaten a veto over these items, demonstrating that his threats of withdrawal were only for electoral purposes, or to extract more money from the countries being “protected” by US forces.

The veto threat came over one provision included in the bill, and one provision that the drafters left out despite Trump’s incessant demands to the contrary.

The provision Trump objects to establishes a procedure through which all US military bases named after Confederate commanders will be renamed in the course of the next three years. These include Ft. Bragg, North Carolina, and Ft. Hood, Texas, two of the largest centers of the US military, as well as Ft. Benning, Georgia, and Camp A. P. Hill in Virginia.

The provision Trump has demanded as an addition to the NDAA would repeal Section 230 of the Communications Act of 1995, which frees social media companies of liability for anything posted by their users. Because of this provision, Trump has been unable to sue Facebook and Twitter when they have placed warning messages on his tweets and postings of brazen falsehoods or incitements to violence. Both Senate and House leaders rejected Trump’s demand as extraneous to the Pentagon budget and likely to derail the legislation if included.

What is most remarkable, however, and almost unreported in the media, is the lockstep agreement between the Democratic Party and the Republican Party on this legislation. Under conditions where Trump is defying the outcome of the November election and seeking to overturn its results through unconstitutional actions, the Democrats nonetheless vote to provide the “commander in chief” with virtually a blank check.

Democratic and Republican leaders on the committees overseeing Pentagon policies and military budgets gave unanimous support to the NDAA, boasting that the military budget has passed Congress by huge majorities for 59 straight years, and the Fiscal 2021 budget will be number 60.

When it comes to the most critical institution of the capitalist state, there is not even a two-party system in America, there is only one party: the party of the military-intelligence apparatus, which is required both to assert US imperialist interests around the world and to defend the financial aristocracy against the looming threat of social disorder and class conflict at home.