Jews across the Globe Applaud Statement by Palestinian and Arab Academics, Journalists, and Intellectuals 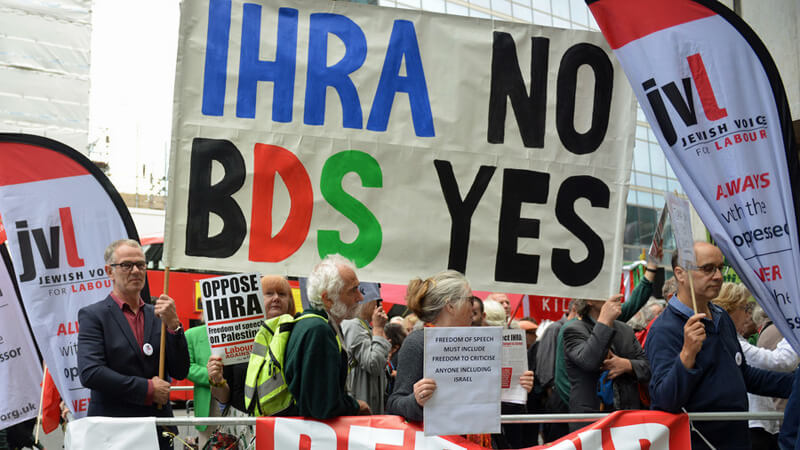 11 Dec 2020 – We, Jewish groups and individuals from across the globe, applaud the recent powerful statement and set of principles signed by 122 Palestinian and Arab academics, journalists, and intellectuals regarding the definition of antisemitism by the International Holocaust Remembrance Alliance (IHRA) and the way this definition has been applied, interpreted and deployed.

As the letter states so compellingly:

” The fight against antisemitism should not be turned into a stratagem to delegitimise the fight against the oppression of the Palestinians, the denial of their rights and the continued occupation of their land.”

Antisemitism must be debunked and combated. Regardless of pretense, no expression of hatred for Jews as Jews should be tolerated anywhere in the world. We also believe that the lessons of the Holocaust as well as those of other genocides of modern times must be part of the education of new generations against all forms of racial prejudice and hatred.”

And it also makes clear:

“The fight against antisemitism must be deployed within the frame of international law and human rights. It should be part and parcel of the fight against all forms of racism and xenophobia, including Islamophobia, and anti-Arab and anti-Palestinian racism. The aim of this struggle is to guarantee freedom and emancipation for all oppressed groups. It is deeply distorted when geared towards the defence of an oppressive and predatory state.”

See the full statement from Palestinian and Arab academics, journalists, and intellectuals here.

Ofer Neiman, Boycott from Within Israel

Rachel Giora, Boycott From Within Israel

The Board A Different Jewish Voice, Amsterdam Netherlands