Moving the Rohingya to Bhasan Char Was Inevitable

Attempts have been made to sell the idea of Bhasan Char, the remote flood-prone island that looks set to become home to thousands of Rohingya refugees, as a paradise of sorts. But documentary filmmaker Shafiur Rahman sees more sinister forces at play in the plan. 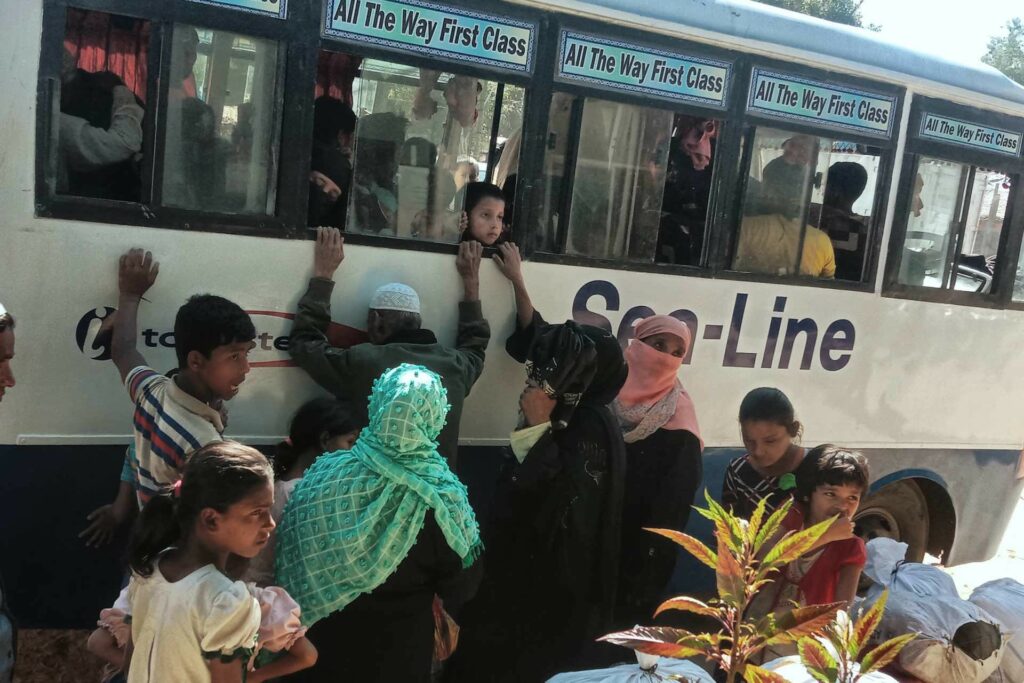 4 Dec 2020 – Just two months ago, a flurry of videos about Bhasan Char began appearing in Bangladeshi media. There was a coordinated production of what can only be described as infomercials about the island. The videos all followed a similar script: Reporters, including some well established presenters, would arrive, sniff the sea air, admire the sheep/livestock and watch the waddling geese.

Copious amounts of supplied drone footage wowed the viewer. Overall, the idea was to woo the audience with soothing background music and visuals of a rural idyll interspersed with effusive commentary. Indeed in one video, the architect of the place calls Bhasan Char a “paradise” built for the “lucky” Rohingya.

These video reports stood in stark contrast to those which emerged three months ago from Bhasan Char, around the beginning of September. Those depicted wailing women and children begging to be allowed to return to the camps. Another video showed two desperate women wanting to go back with their visiting relatives being manhandled and led away by police.

These particular individuals had been rescued from a trafficked boat after failing to berth in Malaysia or Thailand. For months, more than three hundred Rohingya had endured abuse and hunger on their failed voyage. After their rescue, the Bangladesh authorities quarantined them on the island despite the presence of ample facilities in the Ukhiya camps. Once the two weeks had elapsed, the refugees were simply forced to stay on the island.

The videos of the crying women were not the kind of messaging Bangladesh was looking for. It wanted 40 Rohingya “representatives” from the camps to “go and see” the island and then face the cameras and fulsomely praise what they had seen. Only that didn’t happen. Instead we saw Rohingya women on the island being shoved around by helmeted police. The visiting “representatives” also gave it a bad write-up and described the island as amounting to a gilded cage. This is what one of the “go and see” visitors told me:

“We Rohingya will never ever go to Bashan Char. That is not our land. We want to go back to our own land – Myanmar. Bangladesh should not try to send our people to Bashan Char. This is not the solution. In fact it’s providing more room for the government of Myanmar to further delay repatriation. Even if we don’t have a roof in Myanmar, we will manage. We don’t want to live inside a golden cage. Our dream remains to go back to our land. Give us back our land.”

The media vibes got worse. A week after the visit, Amnesty International issued a report alleging rape and sexual assault of the refugees on the island. Human Rights Watch had already published details of ill treatment as early as May, just two weeks after the 306 refugees had been taken to the island.

Why is Bangladesh doing this?

Despite the widespread concern about relocating refugees to a flood-prone silt island, Bangladesh has doubled down and is executing the plan. It has dispensed with its previous moments of doubt. Foreign Minister Dr AK Abdul Momen had once suggested that the island could be a tourist resort.

One government-friendly academic, Professor Imtiaz Ahmed, bizarrely suggested that it could deal with Covid-19 patients and be a magnet for doctors from around the globe. Then there was the plan to resettle landless Bangladeshis there. A government announcement went out to all the districts of Bangladesh. Nobody applied to go.

There are clearly no qualms anymore about the epithet “Mother of Humanity” sounding a bit hollow after this decision to consign the Rohingya to a remote island. It was originally coined and conferred on Prime Minister Sheikh Hasina by Awami League politicians in 2017. It was in recognition of her decision to shelter the hundreds of thousands of Rohingya who had fled Rakhine state.

Later the title even became a government award – the “Sheikh Hasina Mother of Humanity Social Welfare Award”. There are no concerns about the legacy of this epithet it seems. 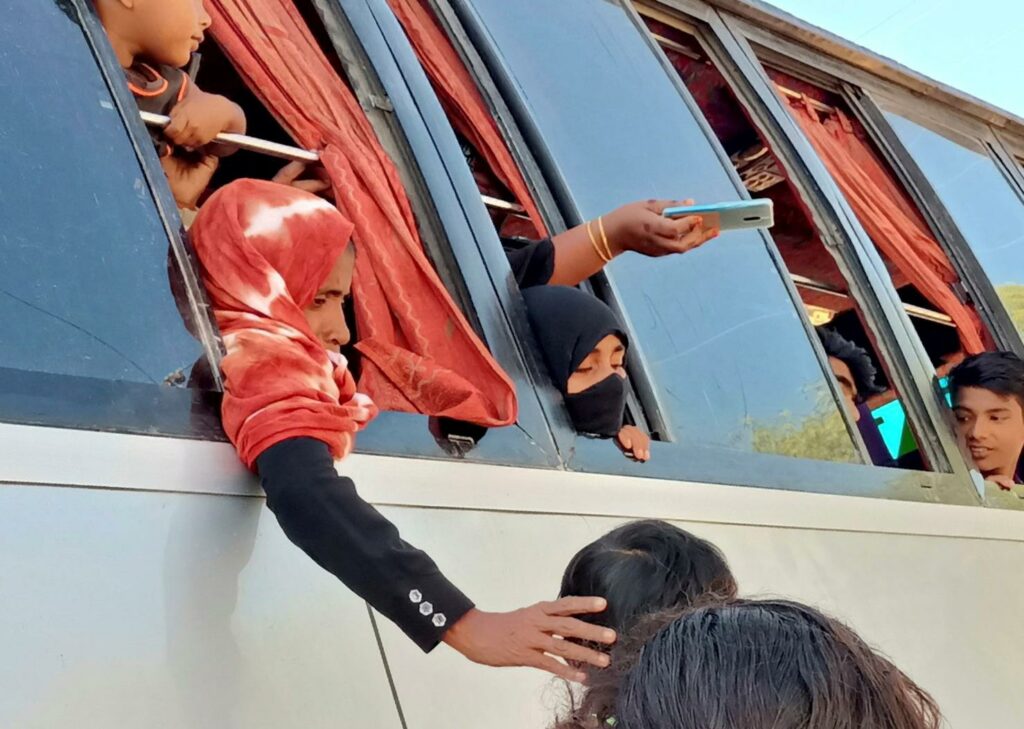 Kutupalong on 3 December. Photo: AKA2020

What has made the decision inevitable is something deep in the way Bangladesh works. Economists term it rent-seeking. In layman’s terms, the mechanism can involve corruption, patronage, lobbying, black money, muscle and kickbacks.

The rent-seekers, politicians and the government play the system in an unholy alliance so that the state spends resources to create and maintain the rents. The monumental expenditure on Bhasan Char, circa $300–350 million, is necessary for exactly that – the capture of rents. This behaviour can result in imposing costs and disadvantages to all and sundry but so be it – so long as the rent-seekers are better off and the patron-client relationship is served. Socially problematic outcomes and misallocation of resources are part of the fabric of rent-seeking. This is how the various cogs in the wheel need to turn.

This is also a great motivator for keeping the UN at bay and ignoring their pesky offers to come and inspect the facilities in order to afford protection and safeguard the refugees. A negative review by the UN could potentially be a death knell for that specific project of rent-seeking. This is why refugees in the camps have been threatened and beaten and why they were not consulted.

This must be why no independent assessment has been permitted. This is why, I hear on the grape vine, criminal gangs have been deployed to make sure those Rohingya who have been listed turn up and actually go. And this is why Bangladesh has not engaged any international or UN humanitarian partner to deliver the necessary services for the Rohingya in Bhasan Char.

There is no doubt that Bangladesh is planning and preparing for a just outcome for the refugees vis-à-vis Myanmar. Behind the scenes, we can be certain that they are moving mountains to find a solution. However Bhasan Char brings nothing but shame in its endeavour for the refugees. The Rohingya refugees are not cattle to be packed off. Without comprehensive consultation and community participation, this will not end well.

Shafiur Rahman is a documentary filmmaker currently working on Rohingya issues. This piece was republished from his Medium page with the writer’s permission.