“If Congress had a shred of decency, this impeachment would be unanimous.” 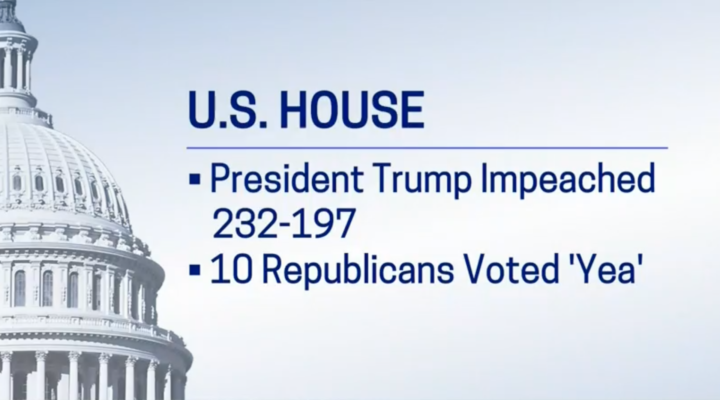 13 Jan 2021 – With only a week left in office, President Donald Trump today became the first U.S. president in history to be impeached for a second time when all House Democrats—joined by just 10 Republicans—passed an article charging him with “high crimes and misdemeanors” for inciting a deadly insurrection at the U.S. Capitol on January 6, 2021.

Members of the Democrat-controlled House voted 232-197 to impeach the president, with four lawmakers not voting. Introduced by Rep. David Cicilline (D-R.I.), the approved resolution states that Trump “engaged in high crimes and misdemeanors by inciting violence against the government of the United States.”

The document notes that while members of Congress met on January 6 to certify President-elect Joe Biden’s Electoral College victory, “Trump repeatedly issued false statements asserting that the presidential election results were the product of widespread fraud and should not be accepted by the American people or certified by state or federal officials.”

Shortly after the president’s inflammatory speech at a rally in Washington, D.C., a pro-Trump mob stormed the Capitol complex, delaying the certification of Biden’s win for several hours as lawmakers and congressional staff hid and fled for their lives. Five people—including one U.S. Capitol Police officer—were left dead and scores were wounded.

Notably, House GOP Conference Chair Liz Cheney (R-Wyo.), the daughter of former Vice President Dick Cheney, voted in favor of impeaching Trump. Some GOP members reportedly supported impeachment but, in the face of death threats, feared the consequences of voting for it. 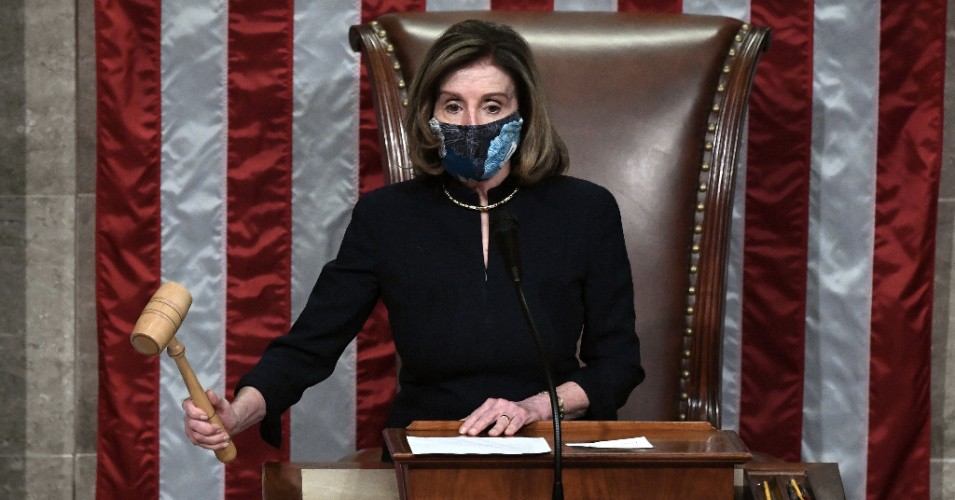 Speaker of the House Nancy Pelosi (D-Calif.) puts down the gravel as she presides the U.S. House of Representatives vote on the impeachment of President Donald Trump at the U.S. Capitol in Washington, D.C on January 13, 2021. (Photo: Saul Loeb/AFP via Getty Images)

The advocacy group Public Citizen tweeted Wednesday that “if Congress had a shred of decency, this impeachment would be unanimous.”

McConnell said in a statement after the House vote that “I believe it will best serve our nation if Congress and the executive branch spend the next seven days completely focused on facilitating a safe inauguration and an orderly transfer of power to the incoming Biden administration.”

In response to the House vote, a diverse collection of political figures and advocacy groups sent a clear message to McConnell: “Finish the job.”

On December 18, 2019, the House voted largely along party lines to pass two articles of impeachment put forth by the Democratic majority—one for abuse of power and the other for obstruction of Congress. After that historic move, the Republican-controlled Senate declined to convict him.