10 Feb 2021 – The academic year of 1968-69 was a consequential year for me. I had visited North Vietnam a few months earlier, coming away with a deeply altered view of that pivotal conflict that put a roadblock in the path of United States global ascendancy that has yet to be removed. This roadblock will not be taken away so easily, and certainly not by the timidity of the recent welcome leadership changes in the White House. As long as the U.S. throws its geopolitical weight around in conflicts distant from its homeland, its declining reputation will reach new depths. A beginning of restorative diplomacy for the country would be to stop overinvesting in global militarism and cease lecturing, and worse, sanctioning foreign governments on their departures from democratic practices or their failures to uphold human rights. I mention this only to underscore the disastrous consequences of failing to learn the lessons of defeat in the Vietnam War, and hence to reenacting this most dismal experience in other foreign settings.

The academic year I spent at Stanford started in September of 1968, and was memorable for three separate reasons. I spent an intellectually stimulating year at the Standard Center for Advanced Study in the Behavioral Sciences as a Visiting Fellow during which I discovered the relevance of ecology and eventually wrote This Endangered Planet: Prospects and Proposals for Human Survival (Random House, 1972); I was allowed to witness the breathtaking birth of my wonderful son Dimitri who arrived on the planet after a long and difficult delivery process; and I became a temporary friend of George Shultz who was the only other devoted tennis player among the 50 fellows at the Center that year, several of whom became more durable friends.

George never seemed entirely comfortable with the cloistered, scholarly atmosphere at the Center, and as the months passed, it seemed more as though he was waiting for his call to serve in the Nixon Cabinet than working on some publishable manuscript. Indeed, the call to Washington came in the Spring of 1969, and George, a labor economist, was appointed to become the new Secretary of Labor. I had bonded briefly and temporarily with George partly due to this shared love for tennis, and perhaps more so because I was on faculty leave from Princeton for the year, which was his beloved alma mater where he had been a standout football player, a nostalgic start of his amazing career as academician, high government appointee, business leader, and at the end of his life, a public source of wonkish wisdom on a range of issues, including the advocacy of denuclearization in collaborative efforts with colleagues at the Hoover Institution, which became notorious in the 1980s as the home of the Reagan brain trust, and later sanctuary for former government stalwarts, a kind of West Coast Brookings Institution, which featured good weather and right-wing politics.

George came across to me as a principled conservative, currently an endangered species, who was decidedly mainstream in his Cold War thinking, comfortable interacting with a wide range of persons, never dogmatic, more gifted at listening than talking, and a person who believed above all in the pragmatics of trust and trustworthiness in his relationship, including with those who were on the other side of the aisle. During the Cold War, he was adept at making positive relationships with prominent Soviet leaders, putting aside own conventional anti-Communist worldview. If George had a distinctive approach it was to balance his ‘free world’ orthodoxy with an abiding commitment to work toward a more peaceful world without ruffling establishment feathers. From my perspective, ‘a mission impossible.’

After our tennis matches, we often had rambling conversations about current events always accompanied by a soothing gin and tonic. What I remember best, even now with an affectionate smile is that George would ask me more than once to explain my opposition to the Vietnam War, the intensity of which he found surprising. He confessed that part of his curiosity about my views was selfish–possibly helping him understand better why his children had become so anti-war. I explained that visiting North Vietnam helped me see the war from the perspective of the totally vulnerable Vietnamese people. I had the impression back then that my views neither angered, moved, nor convinced him. Perhaps, this quality of serenity was the secret of George’s extraordinary success in the disparate university, government, and corporate worlds. Or maybe they are not as disparate as I would like to believe!  Anyhow, to live productively until the age of 100 among clashing views and egos that inhabit the pinnacles of these domains of power, wealth, and influence undoubtedly called upon George’s uncommon qualities of composure amid stress.

After enduring the Trump style of malicious bombast, I recall nostalgically, George’s civility, which according to reports, nevertheless required backbone, resisting the Nixon’s tactics that prefigured Trump’s antic presidency. George impressively stood his ground firmly whenever political leaders asked him to cross his red lines of law and morality, so unlike the Republicans who inhabit Congress, and toe the Trump line no matter what. Perhaps, the most relevant compliment I can pay this man who lived such a fulfilled, successful, and long life is that he would have likely been appalled by Trump’s sense of ‘America’ long before the outrages of January 6th awakened some long slumbering Trumpists. My biggest reservation about George is an assumption that he would have found the ultra-conservative community of the Hoover Institution more to his liking that the adventure in ideas encountered in the generally liberally inclined Stanford Center where we met. 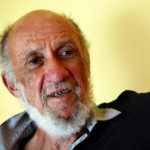