This Database Is Exposing Decades of Israel’s Shady Arms Deals

Israel has been exporting arms to the world’s most repressive governments. A new project aims to hold it accountable by tracking these confidential sales. 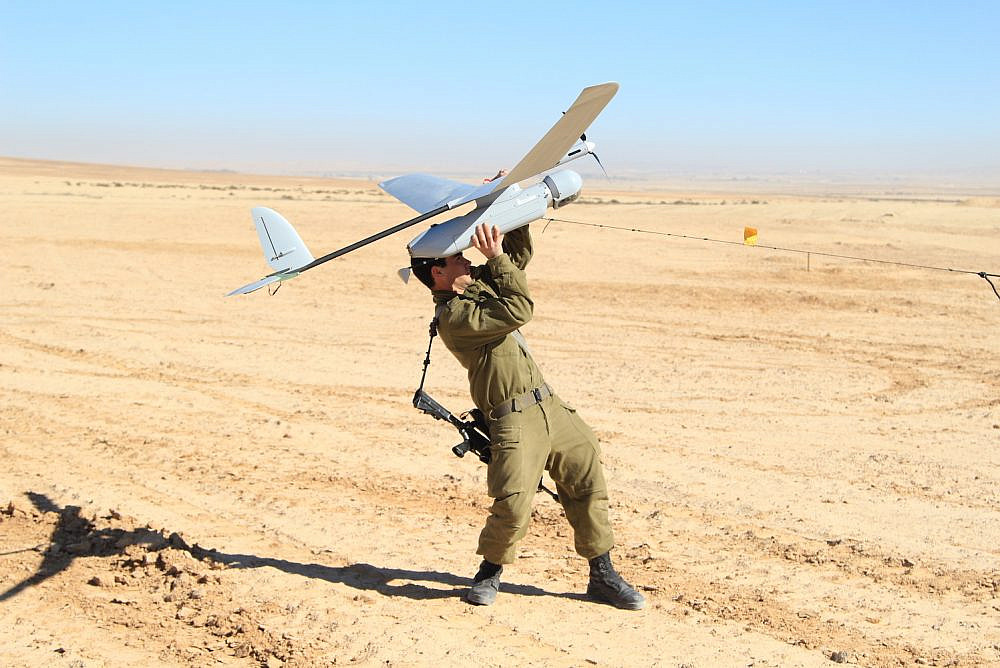 An Israeli soldier learns how to operate the Skylark drone in the Negev desert, January 21, 2013. (IDF Spokesperson’s Unit)

10 Feb 2021 – Over the last decades, Israel has reportedly sold weapons to approximately 130 countries. And yet, when one digs a little, it is impossible to find a full list of those countries. Apart from its reports to the United Nations Register of Conventional Arms, Israel releases no official information about its arms exports.

There are good reasons Israel wants to hide these sales, since its clientele has involved some of the world’s most tyrannical dictatorships and human rights abusers. This list includes apartheid South Africa, the military Junta in Argentina, the Serbian army during the Bosnian genocide, and Rwanda in the years leading up to the genocide in the country.

More recently, Israel has sold arms to South Sudan and the military junta in Myanmar. Countries like Morocco, Mexico, Saudi Arabia and others have begun using Israeli spyware against journalists and political opposition. Some of these governments have committed what amounts to war crimes, and abetting such crimes is deemed illegal under international law.

Israel’s clients would rather not make any of this public. Thus, headlines about Israel selling a new missile or spyware system often mention an “Asian-Pacific country” or “a country in Europe,” in order to maintain the client’s confidentiality. This confidentiality then translates into a lack of both internal and external accountability for these governments and their military purchases.

Israel refuses to publish the data itself. The government works within a comfortable legal framework that doesn’t demand transparency or external monitoring, and the companies involved have an economic interest in maintaining the confidentiality of their clients. All this makes it nearly impossible to find out exactly to whom Israel is selling. And yet, this information remains vital.

This data is crucial for activists in Israel who in recent years have demanded — and sometimes succeeded — in stopping Israel’s arms sales to countries committing gross human rights violations. But these campaigns are impossible without the ability to track current weapons sales.

To try to expose this information to the public, the U.S. Quaker nonprofit American Friends Service Committee has launched the Database of Israeli Military and Security Exports (DIMSE). Over the past year, we have collected publicly available information on Israeli military and security exports from the past two decades. Using import reports, publications by the exporting companies, media reports, and more, we have been able to gather information not only on the sales themselves, but also on the political and military relations of the different buyer countries with Israel, information about the human rights situation in those countries, and the use of Israeli arms in human rights violations there.

This kind of information is vital to activists in places like Mexico, where Israeli spyware “Pegasus” was used against journalists and human rights activists. Moreover, the information is vital for Palestine solidarity activists who demand an arms embargo against Israel in order to bring about an end to the occupation. This is an especially important demand when considering that military operations in Gaza and the West Bank are used as a laboratory for Israeli arms companies that can develop, test, and then market their weapons a “battle proven.”

The database allows users to search by country, products (military and security systems), or by the major Israeli military companies. The database currently includes information on close to 50 countries, 30 military systems, and 11 companies, and will be continuously updated.

The database is not complete, and due to the uncompromising secrecy of the arms trade, it probably never will be. Perhaps one day we will be able to confidently and comprehensively understand the extent to which Israel is complicit in human rights violations across the world. But for now, what we can do is learn more about Israel’s arms exports, expose it wherever possible, and join campaigners around the world in fighting against the militarization and the violation of human rights.

Sahar Vardi is an Israeli anti-militarist activist and one of the founders of Hamushim, a project challenging Israel’s military industry and arms trade.