Two Shocking Headlines That Sum Up Covid: Billionaires MADE $3.9 Trillion during the Pandemic, while Workers LOST $3.7 Trillion 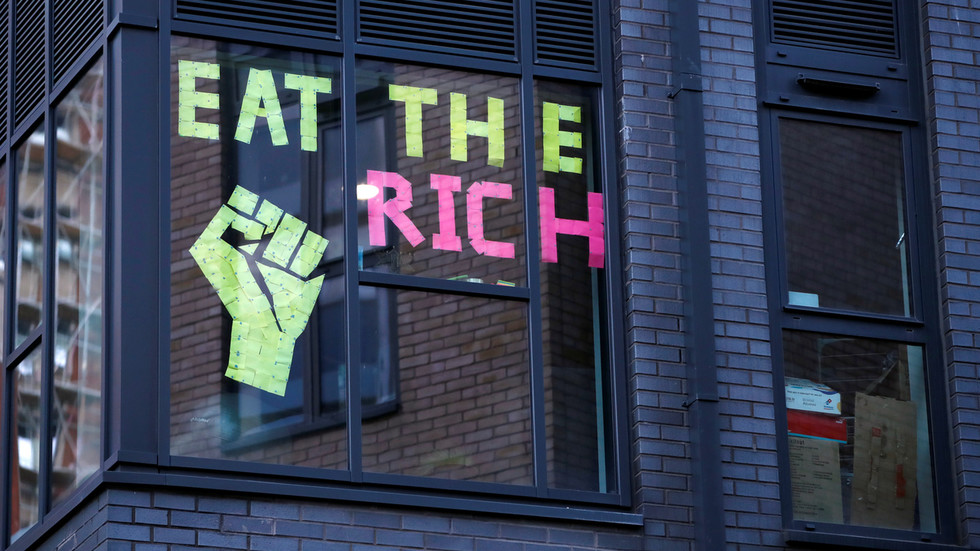 30 Jan 2021 – The economic impact of Covid-19 on regular folk across the globe is as devastating as the physical toll it has taken, but we can’t just blame the super rich(er) for our woes – the true villains are much closer to home.

In a simple comparison, two headlines seem to say it all about the economic impact of the Covid-19 crisis: the first, from Business Insider, reads “Billionaires made $3.9 trillion during the pandemic” while the second, from The Guardian, shouts “Covid-19 has cost global workers $3.7 trillion in lost earnings.”

A classic case of robbing Peter to pay Paul, it would appear at first glance but of course, the world doesn’t work that way and the two ideas behind the headlines are not directly related, no matter what your bicycle-riding, woolly-sweater wearing, craft-beer-quaffing socialist pals might say.

But that doesn’t make the news any easier to swallow. Frankly, I couldn’t care less about the world’s billionaires, and maybe one day soon I won’t have to. They seem intent on moving to Mars in their big rockets where their wacked-out ideas and dreams of a super-race can become a problem for the little green men to deal with.

However, their surging wealth has become a headline writer’s dream. Added to those already cited, the BBC trumpets that the increase in wealth of the 10 richest men in the world during the pandemic would cover the cost of vaccinating every single person on the planet. It’s not fair! It’s just not fair!

But it is no use bleating about this. It’s our fault. Stuck at home while riding out this damned virus, we’ve been online around the clock, buying stuff we don’t need to have it delivered by Amazon, streaming hours and hours of online entertainment, addictively watching Tiktok and furiously messaging on social media, all activities that are unwittingly causing a boom in stock prices for all those global tech giants and their oddball owners – people like Jeff Bezos, Mark Zuckerberg, Elon Musk and Bill Gates.

Not everyone is cashing in our boredom. Nope, there are serial investors out there who pre-pandemic already suffered from the condition of having way too much money at their disposal. People who share the outlook of 19th century American robber baron, John D. Rockefeller who admitted, “I always tried to turn every disaster into an opportunity.” Men like Warren Buffet, the so-called Sage of Omaha, who has made more than $20 billion since last March.

Unfortunately, his good fortune comes not by selling anything the rest of the world can use – like free care homes for the elderly and vulnerable or a reliable Covid-19 vaccine that everyone clamours to buy – it’s through smart investment of his existing billions.

All this would be easy to shrug off – oh well, that’s just the way it is – if it wasn’t for the incredible tsunami-like impact that the coronavirus pandemic has had on our national economies and our everyday lives that can be seen with a cursory glance at the graphs and tables that chart such effects

While we each come to terms with our own new normal, the collective overview is alarming. Every major economy is struggling with rising unemployment. Up 11 percent in Italy in 2020 compared with 2019. Nearly nine percent in the US and France. Some 5.4 per cent in the UK and 4.3 in the European powerhouse, Germany.

Global tourism has been crushed, with 2020 a total washout for everywhere from Thailand to Brazil to Italy and France. The airline industry? Devastated. This means millions of jobs lost, many of which may never return.

There is no need to go on. Unless you’re a billionaire, let’s face it, the figures suck.

You can believe that as a result of the collapse in our economies, and the jobs that have followed down that big black hole, lost earnings from workers could quite easily total that estimated $3.7 trillion figure. You’d have to bet it will be even higher once the various government-backed furlough schemes and income support grants inevitably come to an end in countries like the UK.

It would be fun to paint the world’s billionaires as evil puppet masters bent on global domination and the development of a Mars-bound master race, sucking up the wages of the world’s workers so they can buy more rocket fuel and mansions built into mountains, but sadly the reality is far more prosaic.

All governments were caught criminally flat-footed by this pandemic and everyone has subsequently paid a terrible price. Years of complacency, cuts to public health budgets and dismissive approaches to warnings of a global pandemic are what got us where we are.

The shambolic handling of the Covid-19 crisis cannot be blamed on crooked billionaires scheming away in their secret island hideaways, but can be laid at the feet of the very politicians that we ourselves elected, operating in plain sight.

It is essential that we remember this the next time these true villains want something from us – like votes – or we risk this all happening again.