What Went Right This Week: The Plan to Turn Hills into ‘Batteries’, Plus More Positive News

11 Feb 2021 – Engineers hatched a plan to turn UK hills into ‘batteries’, a new drug offered hope in tackling obesity and the welcome side effects of climate action were revealed, plus the week’s other positive news. 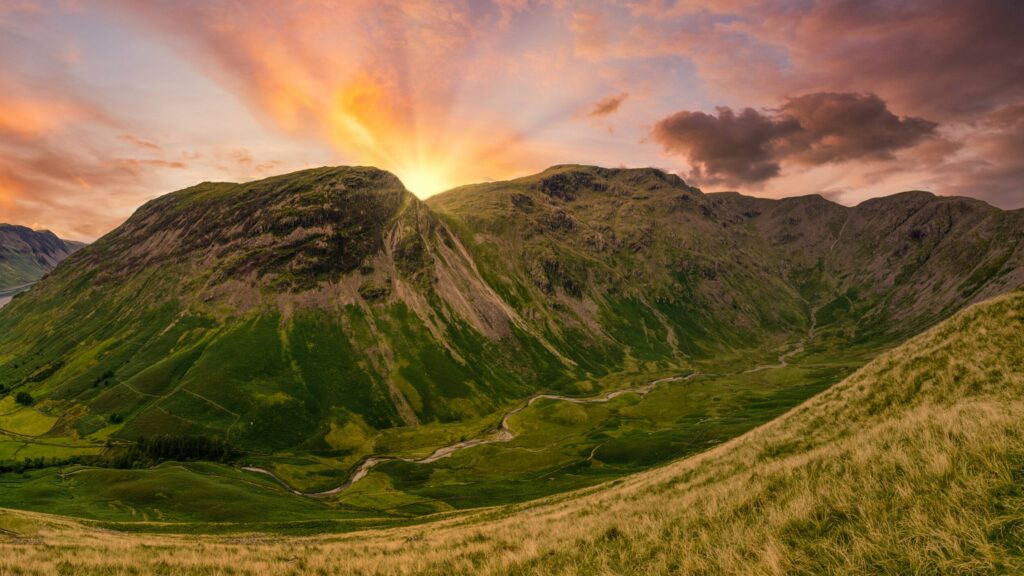 The UK’s hills and mountains could soon be the high point of green energy innovation after engineers revealed plans to turn them into ‘batteries’ to store renewable electricity.

Borrowing technology from traditional hydropower plants, the project would use excess green energy to pump water uphill via underground pipes. The water would then be released and flow downhill over generating turbines, when demand for electricity was higher.

According to the Guardian, the company behind the project – RheEnergise – said its plan could see around 700 sites across the country host subterranean hydro projects without spoiling the scenery.

A study revealed the health benefits of climate action

Millions of lives lost annually to air pollution, physical inactivity and unhealthy diets could be saved if countries cut emissions in line with the Paris agreement.That’s according to a report by the Lancet Countdown on Health and Climate Change, which assessed the health benefits of meeting climate targets in nine countries, including the UK, US and China. Across the nine nations, it was estimated that Paris-compliant policies could save 5.8 million lives due to better diet, 1.2 million due to cleaner air and 1.2 million lives due to increased exercise.Lead author Ian Hamilton said: “The message is stark. Not only does delivering on Paris prevent millions dying prematurely each year, the quality of life for millions more will be improved through better health.”

After years of neglect, UK front gardens are blooming

For decades they have been paved over, parked on and neglected by homeowners across the country. But according to the Royal Horticultural Society (RHS), the UK’s front gardens are blooming again – thanks partly to lockdown.

Comparing data from two surveys, the charity estimated that front garden greenery has increased by an area 70 times the size of Hyde Park since 2015. The flourishing of front yards comes at a time of rising awareness about the environment and the health benefits of green spaces.

The RHS’s Prof Alistair Griffiths said: “This substantial increase in greenery will be bringing wide-reaching benefits to people’s mental and physical health and to wildlife; improving air quality, helping conserve water from rainfall and cooling cities in hot summer months.”

An obesity drug was found to cut weight by a fifth

Amid the Covid gloom there was some positive news for public health this week, after a “gamechanger” obesity drug was found to cut weight by one fifth.

The drug, semaglutide, works by hijacking the body’s appetite regulating system in the brain leading to reduced hunger and calorie intake. Some 2,000 adults took part in the international trial; those taking semaglutide lost an average of 33lb, while those taking the placebo lost 6lb.

Prof Rachel Batterham, who leads the Centre for Obesity Research at University College London, was involved in the research. “The findings of this study represent a major breakthrough for improving the health of people with obesity,” she said. “For the first time, people can achieve through drugs what was only possible through weight-loss surgery.”

Green jobs to be created for BAME youth in UK

The environmental sector has long been a champion of biodiversity, but when it comes to racial diversity green organisations have been, well, rather white. A new employment scheme aims to address that.

Dubbed Race for Nature’s Recovery, the initiative will place 118 unemployed young people from predominately BAME backgrounds into roles within the UK’s environmental sector. A further 150 placements will also be created, potentially leading to jobs. The RSPB, Friends of the Earth and ClientEarth are among the 35 organisations to have offered positions so far.

Larissa Kennedy, president of Students Organising for Sustainability UK, one of the organisations behind the scheme, said: “The UK environmental sector’s failure to recognise climate justice and anti-racism as inextricably linked is, in part, reflective of the exclusion of black and brown folks from these spaces. This initiative will help redress that.”

Could the humble sea cucumber – a curious, bottom-dwelling marine animal – help clean up Scotland’s salmon fisheries? That’s what scientists are attempting to find out as part of a study to determine whether the creatures could be deployed at fish farms to eat aquaculture waste.

Salmon excrement and uneaten food from fish farms has been routinely blamed for polluting the ocean. The sea cucumber study, led by science startup Blue Remediation, will investigate whether the blobby bottom dwellers could offer a natural solution.

Heather Jones, chief executive of the Sustainable Aquaculture Innovation Centre, told The Scotsman: “There is a real opportunity to build sustainable aquaculture systems in Scotland that will support the world’s increasing demand for protein.”

Sales of organic products booming in the UK – report

The association said sales of organic food surged by 12.6 per cent as more consumers sought produce grown to higher environmental standards. The organics market, it claimed, is now worth £2.8bn.

“It’s significant that in times of crisis, people are turning to organic products for the assurance of transparency, integrity and quality they provide,” said the association’s Finn Cottle. “Organic is now rightfully recognised as the cornerstone of a resilient food and farming system and a vital part of the solution to the climate, nature and health crises.”

With the construction industry the greatest creator of waste in Paris and  beyond, what can be learned from the French capital’s new ‘bio-house’?

Positive News travelled to the ‘city of light’ to have a nose around the pioneering building, which uses straw bales for insulation and features radiators that recycled heat from computer processors.

“We want this project to inspire every single construction company to do the same,” said the architects behind the project. Read our report here.