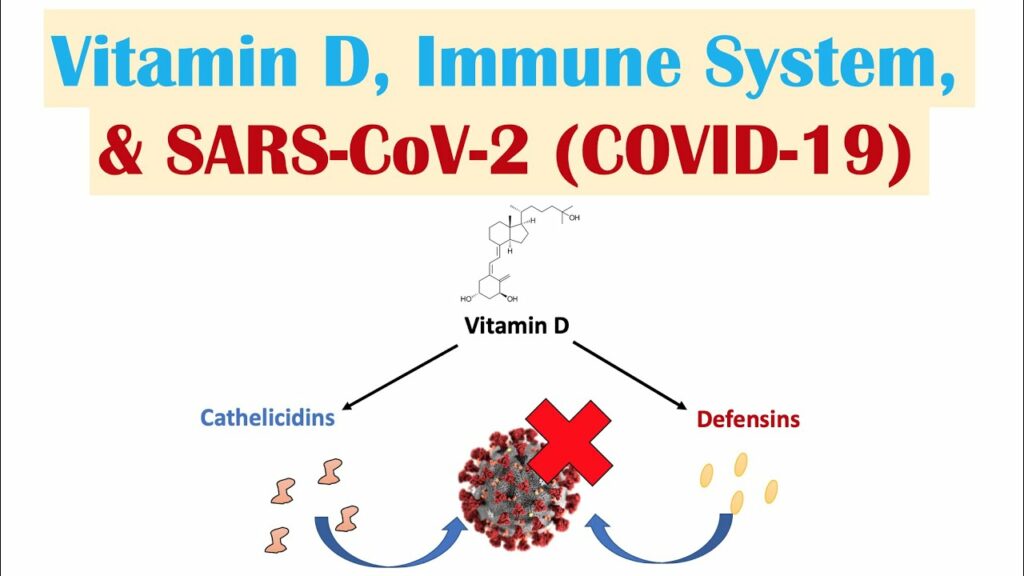 15 Feb 2021 – It is probably not a good idea to write while in the grip of anger. But I am struggling to suppress my emotions about a wasted year, during which politicians and many doctors have ignored a growing body of evidence suggesting that Vitamin D can play a critically important role in the prevention and treatment of Covid-19.

It is time to speak out forcefully now that a new, large-scale Spanish study demonstrates not a just a correlation but a causal relationship between high-dose Vitamin D treatment of hospitalised Covid patients and significantly improved outcomes for their health.

The pre-print paper in the Lancet shows there was an 80 per cent reduction in admission to intensive care units among hospitalised patients who were treated with large doses of Vitamin D, and a 64 per cent reduction in death. The possibility of these being chance findings are infinitesimally small, note the researchers. And to boot, the study found no side-effects even when these mega-doses were given short term to the hospitalised patients.

Those are astounding figures that deserve to be on front pages, especially at a time when politicians and doctors are uncertain whether they can ever find a single magic-bullet vaccine against Covid as new variants pop up like spring daffodils.

If Vitamin D can approximate a cure for many of those hospitalised with Covid, one can infer that it should prove even more effective when used as a prophylactic. Most people in northern latitudes ought to be taking Vitamin D through much of the year in significant doses – well above the current, outdated 400IU recommended by governments like the UK’s.

This is a very important study on vitamin D and Covid-19. Its findings are incredibly clear. An 80% reduction in need for ICU and a 60% reduction in deaths, simply by giving a very cheap and very safe therapy – calcifediol, or activated vitamin D. https://t.co/lB7sYxDQfn

This new study ought to finally silence the naysayers, though doubtless it won’t. So far it has attracted little media attention. What has been most troubling over the past year is that every time I and others have gently drawn attention to each new study that showed the dramatic benefits of Vitamin D, we were greeted with knee-jerk dismissals that the studies showed only a correlation, not a causal link.

That was a deeply irresponsible response, especially in the midst of a global pandemic for which effective treatments are urgently needed. The never-satisfied have engaged in the worst kind of blame-shifting, implicitly maligning medical researchers for the fact that they could only organise small-scale, improvised studies because governments were not supporting and funding the larger-scale research needed to prove conclusively whether Vitamin D was effective.

Further, the naysayers wilfully ignored the fact that all the separate studies showed very similar correlations, as well as the fact that hospitalised patients were invariably deficient, or very deficient, in Vitamin D. The cumulative effect of those studies should have been persuasive in themselves. And more to the point, they should have led to a concerted campaign pressuring governments to fund the necessary research. Instead much of the medical community has wasted valuable time either ignoring the research or nitpicking it into oblivion.

There should have come a point – especially when a treatment like Vitamin D is very cheap and almost entirely safe – at which the precautionary principle kicked in. It was not only foolhardy but criminally negligent to be demanding 100 per cent proof before approving the use of Vitamin D on seriously ill patients. There was no risk in treating them with Vitamin D, unlike most other proposed drugs, and potentially much to gain.

Already the usual voices have dismissed the new Barcelona study, saying it has yet to be peer-reviewed. That ignores the fact that it is an expansion on, and confirmation of, an earlier, much smaller study in Cordoba that has been peer-reviewed and that similarly showed dramatic, beneficial outcomes for patients.

In addition to the earlier studies and the new one showing a causal link, there is plenty of circumstantial evidence to bolster the case for using Vitamin D against Covid.

For many years, limited studies – ones that Big Pharma showed no interest in expanding – had indicated that Vitamin D was useful both in warding off respiratory infections and in treating a wide variety of chronic auto-immune diseases such as diabetes and multiple sclerosis by damping down inflammatory responses of the kind that often overwhelm hospitalised Covid patients.

But many doctors and politicians were stuck in an old paradigm – one rooted in the 1950s that viewed Vitamin D exclusively in terms of bone health.

The role of Vitamin D – produced in the skin by sunlight – should have been at the forefront of medical research for Covid anyway, given that the prevalence of the disease, as with other respiratory infections, appears to slump through the sunny, summer months, and spikes in the winter.

And while the media preferred to focus exclusively on poverty and racism as “correlative” explanations for the disproportionate number of deaths among BAME doctors and members of the public, Vitamin D seemed an equally, if not more plausible, candidate. Dark skins in cloud-covered northern latitudes make production of Vitamin D harder and deficiency more likely.

We should not be surprised that Big Pharma had no interest in promoting a vitamin freely available through much of the year and one they cannot license. They would, of course, rather patent an expensive magic bullet that offers the hope of enriching company directors and shareholders.