And How They Are Changing the World 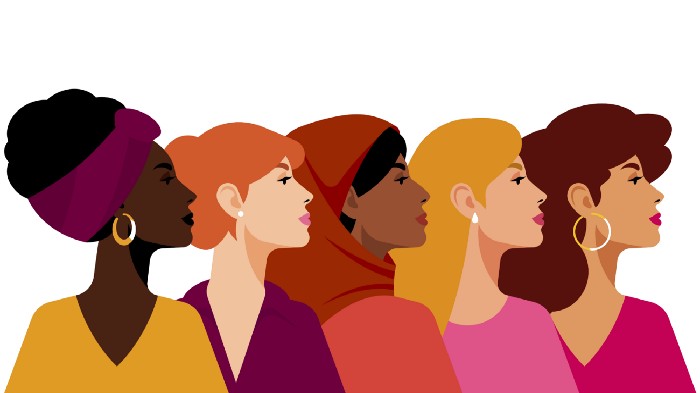 16 Mar 2021 – While often overlooked, women are (and always have been) a driving force behind movements for peace and justice worldwide. They are at the forefront of peace movements worldwide, are fighting for more equitable and sustainable peace agreements, and serve as mediators between communities in conflict.

There are innumerable national women-led peace initiatives worldwide, many regional networks, a range of global networks that support women peacebuilders in a variety of ways.

Noting the exclusion of women from policymaking and peace processes, some networks help women get a seat at the decision-making table. Recognizing the countless efforts and influence of women peacebuilders that go unrecognized, other networks to raise the visibility of women peacebuilders. Understanding how widely held perceptions about peace and war (even within the global peace movement) perpetuate violence and inequality, some networks advocate for feminist perspectives in global forums to address the causes of war.

Most networks, however, take a few approaches to support women peacebuilders and the causes they champion.

1. Women’s International League for Peace & Freedom (WILPF): Founded during WWI, WILPF is the world’s longest-standing women’s peace organization, long at the forefront of leveraging feminist thought to advance the global peace movement. WILPF uses feminist analysis and advocacy promoted by a mobilized feminist community to tackle patriarchy, militarism, and neoliberalism. WILPF is a membership-based movement that mobilizes and empowers women and feminist men, including through women-led efforts to prevent conflict and address the causes of war. The network supports projects of grassroots organizations, facilitates collaboration with activists and experts, and fosters feminist movements.

3. The Global Network of Women Peacebuilders (GNWP): GNWP is a coalition of over 100 women’s rights organizations from over 40 countries around the world experiencing humanitarian crises or conflict, all seeking to build equal, resilient, and peaceful communities in various ways. GNWP works closely with the United Nations, governments, and local women and youth-led organizations from all over the world. Their website includes several resources, including an array of downloadable publications.

4. Peace Women Across the Globe — Wiki Peace Women: PeaceWomen Across the Globe (PWAG) supports, connects, and raises the visibility of women building peace (termed PeaceWomen) all around the world. PWAG created the “WikiPeaceWomen” website to document the PeaceWomen’s stories in multiple languages. The network has supported 1,000 women nominated for the Nobel Peace Prize and help them establish networks to learn and benefit from each others’ experiences. They are currently developing a virtual platform, Feminists Connecting for Peace, to further increase the visibility of PeaceWomen and grow the network.

5. Global Peace Initiative of Women: The Global Peace Initiative of Women (GPIW) was founded in 2000 by women leaders of faith at the UN Millennium World Peace Summit of Religious and Spiritual Leaders who recognized the absence of feminine perspectives at such international forums. They convened 500 women leaders at the very first World Summit of Women Religious and Spiritual Leaders in Geneva in 2002 and have since worked to lift up the voices of women in leadership to effectively address the growing conflict emerging around the world. GPIW takes a holistic approach and facilitates women-led, solutions-oriented dialogues with young leaders and elders in places affected by violent conflict.

6. Women in Black: Women in Black is a world-wide network of women committed to peace with justice and actively opposed to injustice, war, militarism, and other forms of violence. They take a feminist approach to action and have a strong focus on challenging the militarist policies of governments. As women’s experiences with militarism and injustice are diverse in different parts of the world, they focus on facilitating communication amongst groups of Women in Black across the global movement, and they support each other’s movements.

7. Global Alliance of Regional Women Mediator Networks: This is a new initiative joining the efforts of a handful of regional woman mediator networks. The network’s overarching goal is to increase the participation and influence of women, including young women, in peace processes at all levels, as well as to work for gender-sensitive peace agreements. They do this by sharing information and building synergies across regional networks, serving as a platform for advocacy, and launching joint actions. Together, regional networks have more than three hundred members who are qualified women in the field of peacebuilding and mediation. The Global Alliance magnifies the visibility of their expertise, experience, and contributions to peace.

8. Women in International Security (WIIS): WIIS is dedicated to advancing the leadership and professional development of women in the field of international peace and security. WIIS (pronounced “wise”) sponsors leadership training, mentoring, and networking programs, and hosts events. They also support research and policy engagement initiatives on international security issues, particularly those focused on the nexus between gender and security. There are WIIS chapters and affiliates all over the world.

9. Women4NonViolence: Women4NonViolence is a global network of survivors of sexual and gender-based violence (SGBV). They raise the voice of survivors to influence global conventions, resolutions, and policies made associated with SGBV in The Hague. The main focus of their global mobilization is associated with contextualizing implementation of United Nations Security Council Resolution 1325, the UN resolution on women, peace, and security. Much of their advocacy is focused on accountability for perpetrators of gender-based violence (GBV) in places affected by violent conflict, and justice for survivors of GBV in conflict-affected contexts. They profile survivors via their stories and global activism, and are building a ‘bottom up’ approach to launching future Resolutions on women, peace, and security.

10. Nobel Women’s Initiative: Established in 2006, the Nobel Women’s Initiative uses the prestige of the Nobel Peace Prize and five women Nobel peace laureates to magnify the power and visibility of women working in countries around the world for peace, justice, and equality. They spotlight, amplify and promote the work of grassroots women’s organizations and movements around the world. They work within and across women’s peace movements globally, amplifying women peacebuilders’ voices in the media, creating opportunities for women peacebuilders to influence policymakers, and providing training and resources to women peace activists and peacebuilders.

For those looking to join a network or support them in any way, I encourage you to join their email lists and follow them on social media. You may find a network or a few that are in line with your passions and interests. Below is a brief overview of each to see the uniqueness of each.

Looking to find more resources like this and connect with likeminded peacebuilders all over the world. Join our global community of peacebuilders at People Building Peace.

Taylor O’Connor, MA Peace Education, UN Mandated University for Peace, 2009. Taylor is a rebellious peacebuilder, peace educator, and founder of the blog Everyday Peacebuilding. Freelance Peacebuilding Technical Specialist by day, he’s working to make insights from peacebuilding practice relevant and practical to wider audiences. If you’d like to learn some creative and strategic ways you can build peace in your life and in the world around you, get his free handout 198 Actions for Peace – also good for educational settings.

One Response to “10 Women’s Peace Networks”