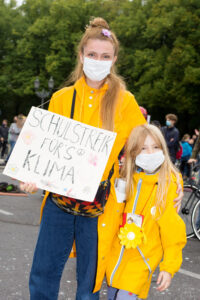 25 Feb 2021 – During the pandemic, Naomi Klein has been spending a lot of time exploring the woods in British Columbia, Canada (her “happy place”) with her son, Toma. “In the early years, it’s all about connecting with the natural world,” she tells Vogue via Zoom. “Young people are going to have to fight for a better world—that’s just reality. And so the more that young people are able to fight from a place of love, and not just fear, the better.”

But at eight years old, her son is already aware of climate change and is “so distressed” by the idea of animals becoming extinct. “As adults, we have to be honest that we can’t protect kids from the reality that they’re inheriting a world in overlapping states of crisis,” Klein explains. “What we need to do is give young people tools [to deal with this]; we have to respect their intelligence; and we need to empower them.”

That’s exactly what the bestselling writer has set out to do in her latest book, How to Change Everything: The Young Human’s Guide to Protecting the Planet and Each Other (Simon & Schuster, 2021, 2021), written with children’s science writer Rebecca Stefoff. As is typical of Klein, the book—whose title harks back to her 2014 best-seller, This Changes Everything: Capitalism vs The Climate—doesn’t shy away from the difficult subjects, including the stark realities of climate change and social, economic and racial injustice, despite its young audience.

But the book also tells the inspiring stories of climate activists from around the world, including the likes of Greta Thunberg, Vanessa Nakate, Elizabeth Wanjiru Wathuti and Autumn Peltier. “The more young people hear stories of other young people who have had a huge impact, the more excited they get,” Klein says. “The message is: here’s what we can do about [the climate crisis]—and here are people who are doing things about it.”

As the new book is published, we caught up with Klein about how we can support young people who are feeling overwhelmed by the climate crisis and why a new generation of activists is giving her hope for the future. 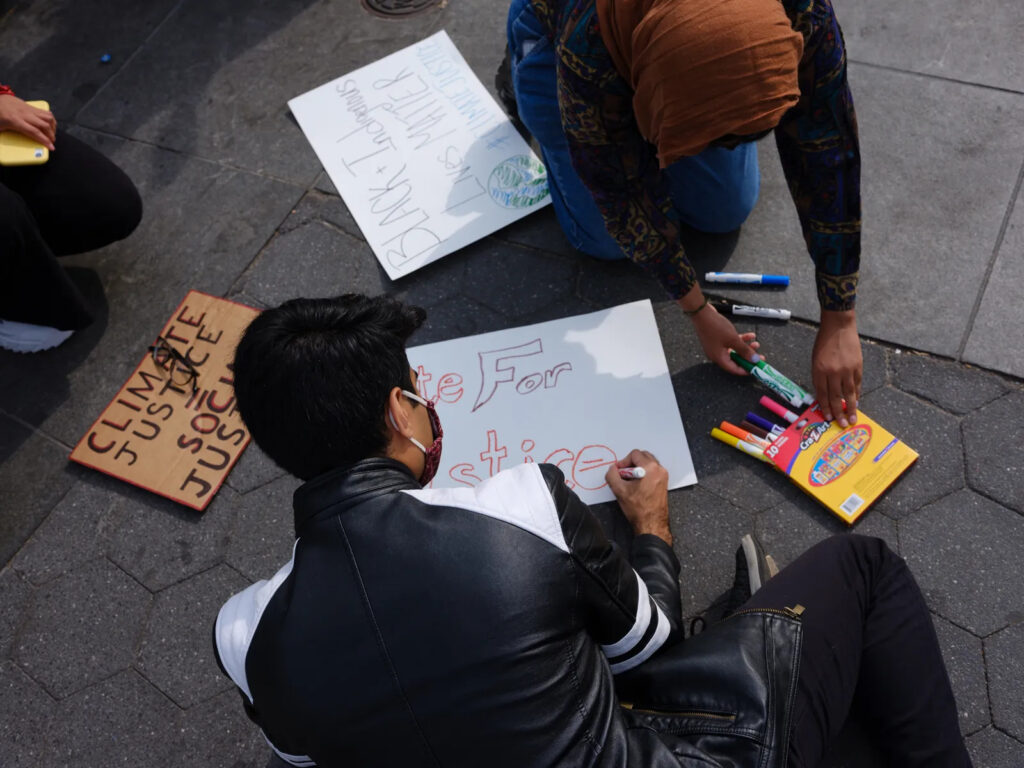 How did the idea for How to Change Everything come about?

“When I published On Fire: The Burning Case For A Green New Deal (Allen Lane, 2019), I partnered with the Sunrise Movement for the book tour. I was really struck by how young the activists were, and I heard from some of them that it would be great to have material that was specifically for people who are in their pre-teens and early teens.

“People of all ages are doing great things, but I think the moral centre of the [climate] movement is in high school and middle school. I’ve been blown away by the energy that is coming from young people—it’s incredible. So I wanted to do what I always want to do with my books, which is just give people some ammo. I call it intellectual ammo; some tools to back you up.”

Why is it so important to not only educate children about the climate crisis, but also empower them to do something about it?

“Young people are finding out about the climate crisis, whether it’s because they’re watching a David Attenborough documentary or it’s because they live in Texas right now and they are experiencing weather they’ve never experienced before. We can’t actually protect young people, even if we wanted to, from the reality of climate disruption.

“The real issue to me is whether we are complementing that information, which is very frightening, with information about solutions on a scale of the crisis, in a way for young people to feel genuinely empowered.”

Do you worry about the eco-anxiety young people are feeling? How can we support those who are feeling overwhelmed by the climate crisis?

“We don’t protect young people with silence or by denying that there’s something to be anxious about. I think the best way to deal with anxiety is to help young people find each other, to support them in creating a community of others who are feeling the same thing.

“Greta [Thunberg]’s story is really revealing in that [when] she started hearing about climate change, she became terrified. She looked all around her, she didn’t see people working for change and it compounded a mental health crisis for her. And I see that in a lot of young people.

“The message should be that grief and fear is entirely reasonable and rational, and you’re not alone. The biggest challenge for young people is feeling alone with these feelings.”

You wrote much of This Changes Everything shortly after your son was born. Did becoming a mother change your perspective on climate change in any way?

“I think we’re changed by our lives; whatever our experience is, it’s going to shape us. So I am a mom, I’ve been a mom for eight years, and obviously that shapes me. Especially during a pandemic when my primary interlocutor right now is an eight-year-old—we’re a small family of three. So I think a lot about how to communicate with kids; we communicate all the time about difficult subjects, as all parents are right now.

“But in terms of why I do this work and what drives me? I think it’s a more generalized feeling of intense protection for places that I love, and for the next generation. And for more than the human world—I’m pretty attached to trees and salmon, and the whole ecosystems that salmon make possible, that I’m a part of here in British Columbia.

“I don’t think you have to have your own children to care about the future. I was 42 when I had my son and I would hate it when I would be in an environmental circle where everybody was prefacing their remarks with ‘As a mother.’ I just thought, ‘Well, what are you implying about me? That because I don’t have a child, I don’t care about the future and the natural world?’” 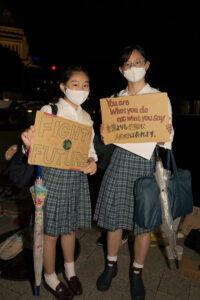 Recently, there’s been a lot of talk about the need for us as a society to slow down—do you think the pandemic could lead to the action we need on the climate crisis?

“The pandemic has changed our sense of what kind of change is possible—we have all dramatically changed how we live; we have seen change on a macro and a micro scale. We’re still in the pandemic, but we are going to be emerging from it. We need big plans for how we’re going to revive our economy, and so it is absolutely possible for us to connect the need to invest in our public spheres, in job creation, in all kinds of economic stimulus, with the need to act on climate and redress racial injustice. We need a plan to build a better world. We need to solve multiple crises at once.”

Does the next generation give you hope that we will be able to change everything?

“The biggest generational shift, I would say, even just from millennials to generation Z is there is a huge appetite for systemic change among gen-Z activists. For my generation, and also to a lesser extent for millennials, there was still a sense of people staying within their issue, within their silo. gen Z is all about intersectionality—it’s about connecting the dots, getting to the root [of the problems] and they’re just not afraid of deep change.

“There’s something happening with this generation that is really quite extraordinary. I wouldn’t even say change is on the horizon; it’s here. Young people are changing the world.”

This interview has been edited and condensed for clarity. 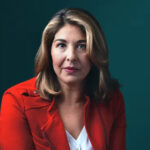 Naomi Klein is the award-winning author of the international bestseller, No Logo: Taking Aim at the Brand Bullies, translated into 28 languages. She writes an internationally syndicated column for The Nation magazine and the Guardian newspaper. She is a former Miliband Fellow at the London School of Economics and holds an honorary Doctor of Civil Laws from the University of King’s College, Nova Scotia. Her book The Shock Doctrine: The Rise of Disaster Capitalism was published worldwide in 2007. How to Change Everything: The Young Human’s Guide to Protecting the Planet and Each Other by Naomi Klein (Simon & Schuster, 2021), is out now.