Arriving in Israel 30 years ago, I never imagined my Jewish identity, worn so defiantly and proudly through the antisemitism-laced Soviet years, would be revoked by the Jewish state. And there are hundreds of thousands like me. 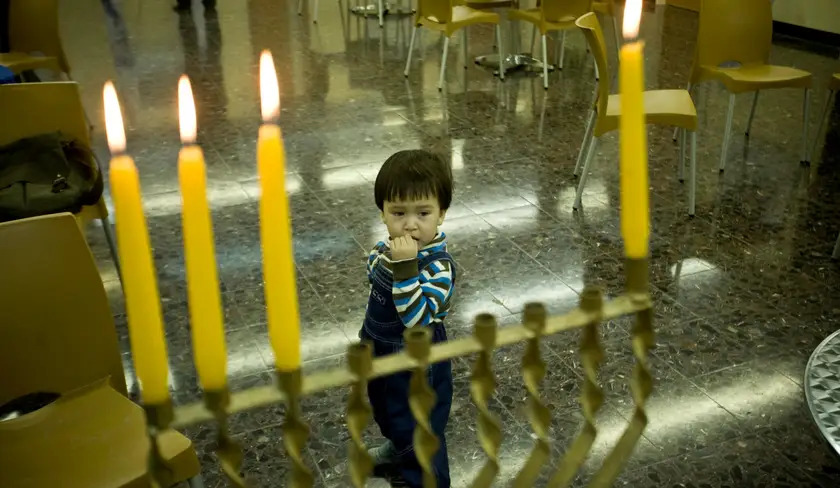 4 Mar 2021 – If I had to distill into one word my reaction to Jotam Confino’s piece in Haaretz (“Immigrating to Israel Made Me Renounce Judaism“) where he recounts how Israel’s immigration system challenged and cancelled his Jewish identity, that word would be: “Duh!”

Don’t get me wrong: I can totally relate to Confino’s ordeal, and I feel deep empathy for him. But precisely because I can relate so strongly, this is the word I would use. What Confino eloquently and passionately describes has been the reality for decades for hundreds of thousands of Russian-speaking non-Jews in Israel, myself included.

30 years ago, when I arrived in Israel, things were objectively worse. The preoccupation with new immigrants’ halakhic Jewishness, or lack thereof, was much more pervasive, unabashed, in-your-face.

It was considered OK to directly ask a person if they were a Jew, and to cringe at a negative answer. It was more than OK – an act of kindness, really – to explain to them the difficulties that lay ahead of them if they insisted on perpetuating the “stain” of not being a Jew.

Back then, there were still few of us in Israel, former Soviet citizens, scattered, scared, and disoriented. I remember how excruciating it was to withstand this collective pressure, especially as an approval-seeking adolescent whose family was scrounging to get by. 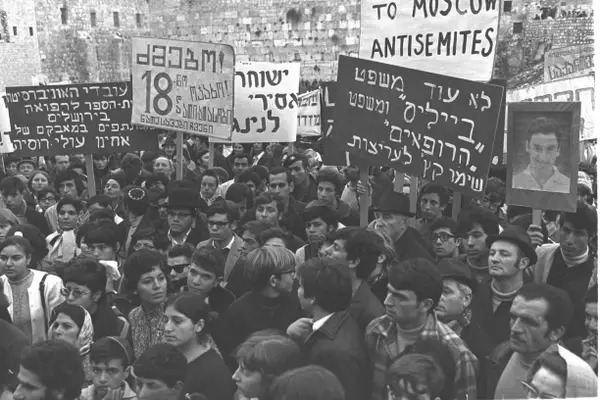 ‘I felt betrayed by my own state, thrown on the defensive, not fully belonging’: Israeli solidarity rally with Soviet Jewry at the Western Wall in Jerusalem, 1970. Credit: Moshe Milner/GPO

It was hard to see your Jewish identity, worn so defiantly and proudly through the antisemitism-laced Soviet years, being revoked by the Jewish state, because your mother happened not to belong to the chosen people.

It was tempting to regain Jewish status via conversion, as was expected of us, but I balked at the idea, since this would have required me to betray my atheism. I would also not debase myself by trying to acquire something I knew I’d already had.

It was hard, but I and many other “official non-Jews” made that choice – to keep calm and carry on. With time, as we and society adjusted, this became less of an issue, but it never went away.

To say that my Jewish identity survived intact this clash with Israeli reality would be a lie. It has been slowly withering, transforming, receding to the back of my mind, and that might not be a bad thing. Gradually, I stopped being the vulnerable newcomer, and learned enough Hebrew expletives to cut short any attempt to bring my Jewishness into the conversation.

But the trauma and the bitterness remained. I felt betrayed by my own state, thrown on the defensive, not fully belonging. 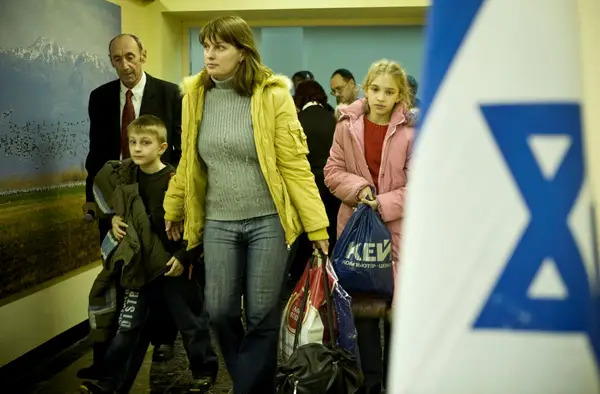 It was hard to see your Jewish identity, worn so defiantly and proudly through the antisemitism-laced Soviet years, revoked by the Jewish state because your mother didn’t belong to the chosen people. Credit: Tomer Appelbaum

And then there were practical consequences. I had to marry abroad – twice. I half-consciously avoided the Hebrew-speaking dating scene, but I heard enough horror stories from my less fortunate friends about their non-Jewishness suddenly becoming an insurmountable relationship issue.

If I had children with a non-Jewish woman, would they have to undergo the same identity crisis as I did? Would they be bullied for not being Jews? Those thoughts crossed my mind more than once.

I salute Confino for seeing the bigger picture – the shameful ethnocentricity of Israel, an otherwise advanced country, the cult of Jewishness that inevitably hurts non-Jewish groups.

This is something most Russian-speaking non-Jews in Israel have themselves yet to acknowledge. Like other Russian-speaking Israelis, they subscribe to nationalistic, hawkish views and widely support the Jewish Nation-State Bill, somehow failing to grasp that it marginalizes them too. 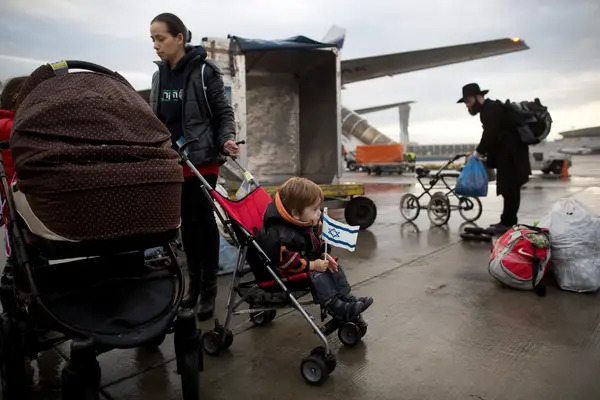 The humiliation and discrimination is why many of us are leaving Israel for good. Maybe if we got acknowledgment and support, we would feel that we, too, belonged here enough to stay. Credit: AP

Our story, of Russian-speaking non-Jews in Israel, remains largely untold.

This is best illustrated by the fact that, while lamenting his own tribulations, Confino fails to even mention us, the group that has suffered the most from the same humiliation and discrimination he felt. Imagine a person encountering a racist act upon their arrival in the United States and forgetting to acknowledge the existence of people who have endured racism for much longer and on a much greater scale.

This is how invisible we are. Sure, we permeate high-tech companies and hospitals, but we are drastically underrepresented in Israeli media and in the cultural elite in general. But you know what? We are still staying calm and carrying on, casually dealing with the fact that our own state is trying to rob us of our identity.

I believe this is a factor behind many of us leaving Israel for good. This is our protest – voting with our feet. Maybe if we got acknowledgment and support, we would feel that we, too, belong here enough to stay.

Arkadi Mazin began working in journalism in the 1990s at Vesti, Israel’s leading Russian-language publication. As a freelancer, he collaborated with major Israeli media outlets, including Yedioth Aharonoth, Haaretz, and YNET. Currently based in Seattle, he is a contributor to Re:Levant Israeli website in Russian and a staff science journalist at Lifespan.io, a leading source of news on longevity research