3 Apr 2021 – Jordan’s former Crown prince Hamzah bin Hussein and 20 other prominent members of the ruling elite have been arrested in Amman today, for reportedly being involved in a coup attempt against king Abdullah II. 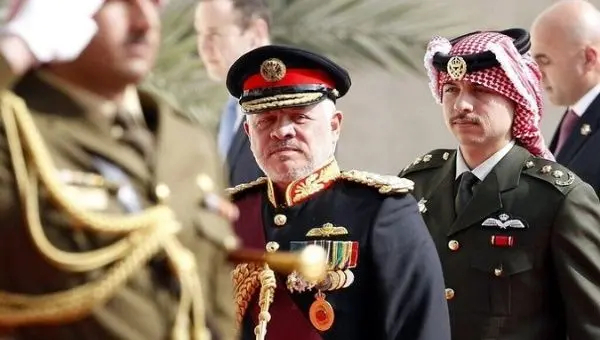 Sharif Hassan bin Zaid, a member of the royal family, and Bassem Awadallah, who once ran the royal court are among the detainees.

In a communique, Jordanian intelligence described the plot as “very well organized and linked to foreign countries”.

Numerous troops were deployed around government and royal compounds after the announcement.
The prince was confined under house arrest. Hamzah, who was removed from his role as crown prince in 2004, published a video reporting that he had been notified by top military and police officers of his home arrest for attending meetings critical of the government and king.

“I’m not the person responsible for the breakdown in governance, for the corruption, and for the incompetence that have been prevalent in our governing structure for the last 15 to 20 years”, Hamzah states in the video.

Biggest news we get from Kingdom since 1999. King Abdullah II is close ally of Washington: https://t.co/a8XTB1ybxH

Jordan is going through a severe economic crisis, worsened by the Covid19 pandemic, with increasing public criticism of both the government and king Abdullah.

Part of the British colonial “Mandate” over Palestine, Jordan became a semi-independent UK-appointed Hashemite monarchy in 1946, initially known as “Transjordan”.

After the partition of Palestine and the forced establishment of Israel, Palestinian refugees make for most of Jordan’s population.

“A number of my friends have been arrested, my security has been removed and the internet and phone lines have been cut,” prince Hamzah said in the video.

Jordanian army Chief of Staff Yousef Huneiti issued a statement saying Prince Hamzah had not been detained but instead was “asked to stop movements and activities that were being employed to target Jordan’s security and stability.”