Brazilian Supreme Court Confirms Annulment of All Charges against Lula 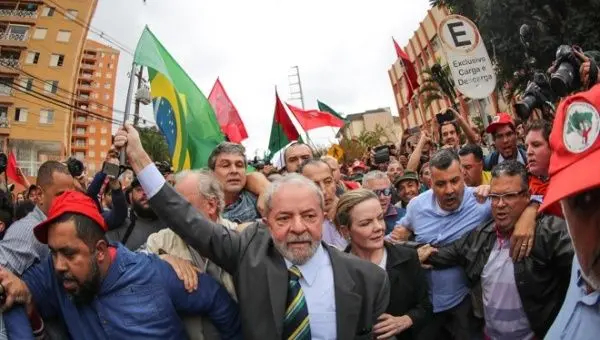 The plenary of the Supreme Court of Brazil formed a majority to overturn the judgments against Lula in the Lava Jato case in which it considered the 13th Court of the city of Curitiba incompetent. | Photo: Twitter/@AndreteleSUR

15 Apr 2021 – Brazil’s Supreme Court today ratified the decision adopted by one of its judges, who annulled the sentences handed down against former president Luiz Inácio Lula da Silva.

As a result of the Supreme Court’s affirmation of the annulment, Lula will recover all of his political rights and be able to run, if he and his party so choose, in the country’s 2021 upcoming presidential elections.

The Supreme Court decision was approved by eight votes to three and supported the position of Judge Edson Fachin, who on March 8 had annulled all of the sentences against Lula, which totaled almost 25 years of imprisonment, through a precautionary measure, due to a conflict of jurisdiction.

#Confirmed l By 8×3, the judges of the Supreme Court of Brazil decide to annul all the sentences against Lula in the Lava Jato case. It is the last instance. Lula can run in the elections. The decision comes exactly five years after the beginning of the coup against Dilma Rousseff.”

Fachin considered that the two trials in which Lula was sentenced to prison, and two others in which there was still no sentence, were irregular since they were conducted in the courts of the city of Curitiba, under the charge of former judge Sergio Moro, who did not have jurisdiction whatsoever over these matters.