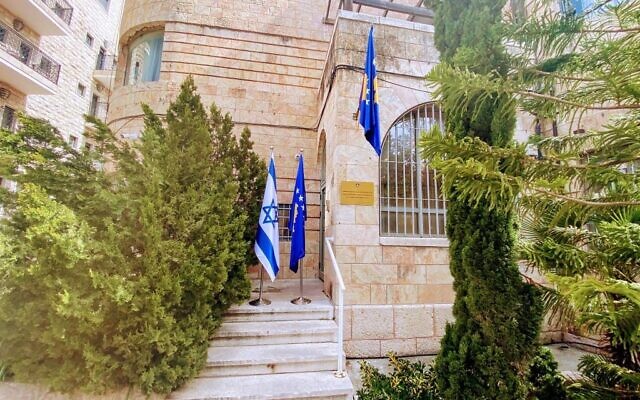 15 Mar 2021 –Its new building makes it the second country in Europe and the fourth in the world to officially recognise the city as Israel’s capital.

Kosovo has become the first Muslim-majority nation to open an embassy in Jerusalem, making it the latest in a small number of countries to recognise the city as Israel’s capital.

The Kosovar foreign ministry announced the move in a statement on Sunday [14 Mar], six weeks after it established diplomatic ties with Israel on February 1.

It is the second European country and the fourth in the world to open an embassy in Jerusalem.

Several countries have now opened an embassy in Jerusalem since late 2017, when Donald Trump changed US policy and recognised the city as the official capital of Israel.

Palestinians and many in Europe criticised the decision, saying no decision on the status of Jerusalem should have been taken while the Israeli-Palestinian conflict remains unresolved.

The US embassy moved in May 2018 from Tel Aviv, where most other countries base their diplomatic missions.

Until last week, only Guatemala had followed the US lead.

His designated successor Albin Kurti had come under pressure from a number of countries, including Turkey, to change his mind.