The Unraveling of the American Empire

US leadership has stumbled from one military debacle to another, a trajectory mirroring the sad finales of other historical imperial powers. 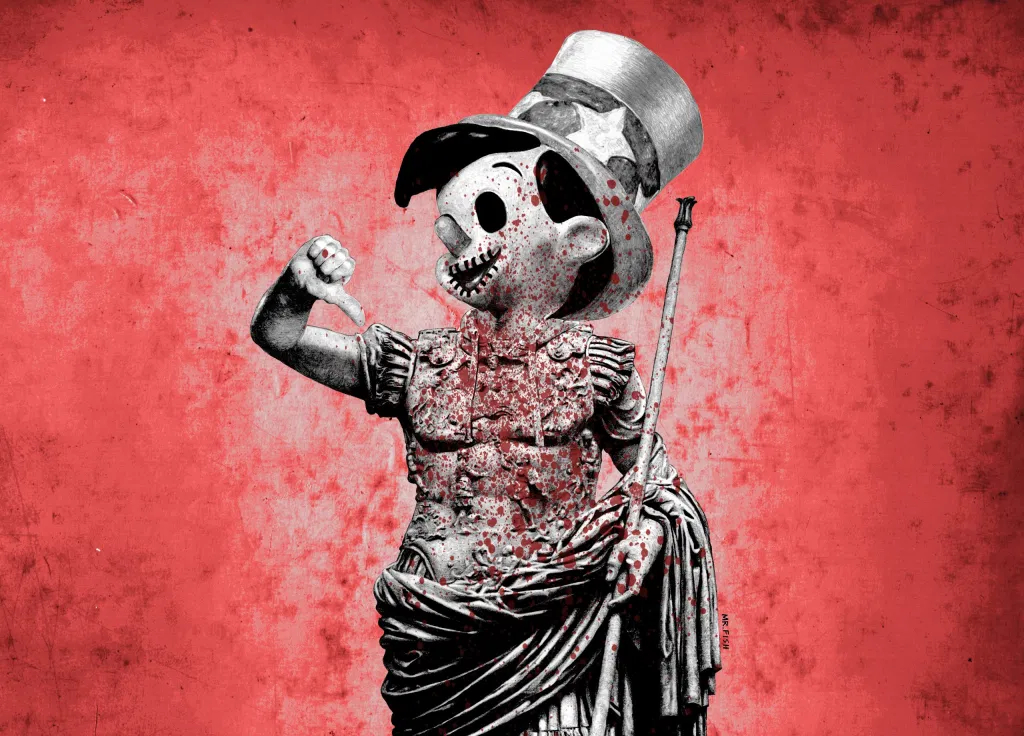 19 Apr 2021 – America’s defeat in Afghanistan is one in a string of catastrophic military blunders that herald the death of the American empire. With the exception of the first Gulf War, fought largely by mechanized units in the open desert that did not – wisely – attempt to occupy Iraq, the United States political and military leadership has stumbled from one military debacle to another. Korea. Vietnam. Lebanon. Afghanistan. Iraq. Syria. Libya. The trajectory of military fiascos mirrors the sad finales of the Chinese, Ottoman, Hapsburg, Russian, French, British, Dutch, Portuguese and Soviet empires. While each of these empires decayed with their own peculiarities, they all exhibited patterns of dissolution that characterize the American experiment.Imperial ineptitude is matched by domestic ineptitude. The collapse of good government at home, with legislative, executive and judicial systems all seized by corporate power, ensures that the incompetent and the corrupt, those dedicated not to the national interest but to swelling the profits of the oligarchic elite, lead the country into a cul-de-sac. Rulers and military leaders, driven by venal self-interest, are often buffoonish characters in a grand comic operetta. How else to think of Allen Dulles, Dick Cheney, George W. Bush, Donald Trump or the hapless Joe Biden? While their intellectual and moral vacuity is often darkly amusing, it is murderous and savage when directed towards their victims.

There is not a single case since 1941 when the coups, political assassinations, election fraud, black propaganda, blackmail, kidnapping, brutal counter-insurgency campaigns, U.S. sanctioned massacres, torture in global black sites, proxy wars or military interventions carried out by the United States resulted in the establishment of a democratic government. The two-decade-long wars in the Middle East, the greatest strategic blunder in American history, have only left in their wake one failed state after another. Yet, no one in the ruling class is held accountable.

War, when it is waged to serve utopian absurdities, such as implanting a client government in Baghdad that will flip the region, including Iran, into U.S. protectorates, or when, as in Afghanistan, there is no vision at all, descends into a quagmire. The massive allocation of money and resources to the U.S. military, which includes Biden’s request for $715 billion for the Defense Department in fiscal year 2022, a $11.3 billion, or 1.6 percent increase, over 2021, is not in the end about national defense. The bloated military budget is designed, as Seymour Melman explained in his book, “The Permanent War Economy,” primarily to keep the American economy from collapsing. All we really make anymore are weapons. Once this is understood, perpetual war makes sense, at least for those who profit from it.

The idea that America is a defender of democracy, liberty and human rights would come as a huge surprise to those who saw their democratically elected governments subverted and overthrown by the United States in Panama (1941), Syria (1949), Iran (1953), Guatemala (1954), Congo (1960), Brazil (1964), Chile (1973), Honduras (2009) and Egypt (2013). And this list does not include a host of other governments that, however despotic, as was the case in South Vietnam, Indonesia or Iraq, were viewed as inimical to American interests and destroyed, in each case making life for the inhabitants of these countries even more miserable.

I spent two decades on the outer reaches of empire as a foreign correspondent. The flowery rhetoric used to justify the subjugation of other nations so corporations can plunder natural resources and exploit cheap labor is solely for domestic consumption. The generals, intelligence operatives, diplomats, bankers and corporate executives that manage empire find this idealistic talk risible. They despise, with good reason, naïve liberals who call for “humanitarian intervention” and believe the ideals used to justify empire are real, that empire can be a force for good. These liberal interventionists, the useful idiots of imperialism, attempt to civilize a process that was created and designed to repress, intimidate, plunder and dominate.

Russia is blamed for interfering in the last two presidential elections on behalf of Donald Trump. Russia, whose economy is roughly the size of Italy’s, is also attacked for destabilizing the Ukraine, supporting Bashar al-Assad in Syria, funding France’s National Front party and hacking into German computers. Biden has imposed sanctions on Russia – including limits on buying newly issued sovereign debt – in response to allegations that Moscow was behind a hack on SolarWinds Corp. and worked to thwart his candidacy.

At the same time, the liberal interventionists are orchestrating a new cold war with China, justifying this cold war because the Chinese government is carrying out genocide against its Uyghur minority, repressing the pro-democracy movement in Hong Kong and stealing U.S. patents. As with Russia, sanctions have been imposed targeting the country’s ruling elite. The U.S. is also carrying out provocative military maneuvers along the Russian border and in the South China Sea.

The core belief of imperialists, whether they come in the form of a Barack Obama or a George W. Bush, is racism and ethnic chauvinism, the notion that Americans are permitted, because of superior attributes, to impose their “values” on lesser races and peoples by force. This racism, carried out in the name of Western civilization and its corollary white supremacy, unites the rabid imperialists and liberal interventionists in the Republican and Democratic parties. It is the fatal disease of empire, captured in Graham Greene’s novel “The Quiet American” and Michael Ondaatje’s “The English Patient.”

The crimes of empire always spawn counter-violence that is then used to justify harsher forms of imperial repression. For example, the United States routinely kidnapped Islamic jihadists fighting in the Balkans between 1995 and 1998. They were sent to Egypt — many were Egyptian — where they were savagely tortured and usually executed. In 1998, the International Islamic Front for Jihad said it would carry out a strike against the United States after jihadists were kidnapped and transferred to black sites from Albania. They made good on their threat igniting massive truck bombs at the U.S. embassies in Kenya and Tanzania that left 224 dead. Of course, the “extraordinary renditions” by the CIA did not end and neither did the attacks by jihadists.

Our decades-long military fiascos, a feature of all late empires, are called “micro-militarism.” The Athenians engaged in micro-militarism during the Peloponnesian War (431-404 B.C.) when they invaded Sicily, suffering the loss of 200 ships and thousands of soldiers. The defeat triggered successful revolts throughout the Athenian empire. The Roman empire, which at its height lasted for two centuries, created a military machine that, like the Pentagon, was a state within a state. Rome’s military rulers, led by Augustus, snuffed out the remnants of Rome’s anemic democracy and ushered in a period of despotism that saw the empire disintegrate under the weight of extravagant military expenditures and corruption. The British empire, after the suicidal military folly of World War I, was terminated in 1956 when it attacked Egypt in a dispute over the nationalization of the Suez Canal. Britain was forced to withdraw in humiliation, empowering Arab nationalist leaders such as Egypt’s Gamal Abdel Nasser and dooming British rule over its few remaining colonies. None of these empires recovered.

“While rising empires are often judicious, even rational in their application of armed force for conquest and control of overseas dominions, fading empires are inclined to ill-considered displays of power, dreaming of bold military masterstrokes that would somehow recoup lost prestige and power,” the historian Alfred W. McCoy writes in his book “In the Shadows of the American Century: The Rise and Decline of US Global Power”: “Often irrational even from an imperial point of view, these micromilitary operations can yield hemorrhaging expenditures or humiliating defeats that only accelerate the process already under way.”

The worse it gets at home the more the empire needs to fabricate enemies within and without. This is the real reason for the increase in tensions with Russia and China. The poverty of half the nation and concentration of wealth in the hands of a tiny oligarchic cabal, the wanton murder of unarmed civilians by militarized police, the rage at the ruling elites, expressed with nearly half the electorate voting for a con artist and demagogue and a mob of his supporters storming the capital, are the internal signs of disintegration. The inability of the for-profit national health services to cope with the pandemic, the passage of a Covid relief bill and the proposal of an infrastructure bill that would hand the bulk of some $5 trillion dollars to corporations while tossing crumbs — one-time checks of $1,400 to a citizenry in deep financial distress — will only fuel the decline.

Because of the loss of unionized jobs, the real decline of wages, de-industrialization, chronic underemployment and unemployment, and punishing austerity programs, the country is plagued by a plethora of diseases of despair including opioid addictions, alcoholism, suicides, gambling, depression, morbid obesity and mass shootings — since March 16 the United States has had at least 45 mass shootings, including eight people killed in an Indiana FedEx facility on Friday, three dead and three injured in a shooting in Wisconsin on Sunday, and another three dead in a shooting in Austin on Sunday. These are the consequences of a deeply troubled society.

The façade of empire is able to mask the rot within its foundations, often for decades, until, as we saw with the Soviet Union, the empire appears to suddenly disintegrate. The loss of the dollar as the global reserve currency will probably mark the final chapter of the American empire. In 2015, the dollar accounted for 90 percent of bilateral transactions between China and Russia, a percentage that has since fallen to about 50 percent. The use of sanctions as a weapon against China and Russia pushes these countries to replace the dollar with their own national currencies. Russia, as part of this move away from the dollar, has begun accumulating yuan reserves.

The loss of the dollar as the world’s reserve currency will instantly raise the cost of imports. It will result in unemployment of Depression-era levels. It will force the empire to dramatically contract. It will, as the economy worsens, fuel a hyper-nationalism that will most likely be expressed through a Christianized fascism. The mechanisms, already in place, for total social control, militarized police, a suspension of civil liberties, wholesale government surveillance, enhanced “terrorism” laws that railroad people into the world’s largest prison system and censorship overseen by the digital media monopolies will seamlessly cement into place a police state. Nations that descend into crises these severe seek to deflect the rage of a betrayed population on foreign scapegoats. China and Russia will be used to fill these roles.

The defeat in Afghanistan is a familiar and sad story, one all those blinded by imperial hubris endure. The tragedy, however, is not the collapse of the American empire, but that, lacking the ability to engage in self-critique and self-correction, as it dies it will lash out in a blind, inchoate fury at innocents at home and abroad. 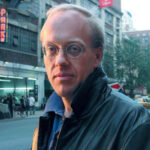