11 Apr 2021 – WikiLeaks founder Julian Assange has been detained at the high-security Belmarsh prison in London for two years today.

During that time, Assange became the first publisher to be indicted under the United States Espionage Act and prevailed after a district judge denied the U.S. government’s extradition request. He completed a sentence for “jumping bail” when he sought asylum from Ecuador. He also survived multiple COVID-19 outbreaks in prison.

“It’s long past time for this injustice to end, and we continue to appeal to the United States and the Department of Justice to drop the appeal and all the charges against Julian. This gross injustice must come to an end,” WikiLeaks editor-in-chief Kristinn Hrafnsson declared.

Stella Moris, Assange’s partner, acknowledged the protests and solidarity actions that are planned throughout the world.

Several actions will take place over the course of the week in cities like Boston, Berlin, Brussels, Dresden, Vienna, and Hamburg.

“Anniversaries are a platform to educate, nurture compassion and solidarity, and bring like-minded people onboard,” Moris stated. 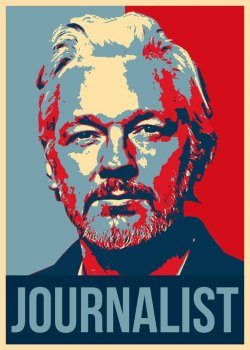 The U.S. Justice Department dramatically escalated the political prosecution against Assange on April 11, 2019, when it unsealed a single charge indictment against the WikiLeaks founder. Ecuador allowed British police to enter their London embassy and drag him to a van.

While video posted showed a vulnerable person in distress, begging the United Kingdom and everyone around the world to resist this prosecution, many focused on his unkempt appearance—his long hair and shaggy beard—and mocked him.

Nils Melzer, the United Nations Special Rapporteur on Torture, shared, “During my visit, he explained to us that his shaving kit had been deliberately taken away three months earlier.”

This was all part of Ecuador President Lenin Moreno’s U.S.-backed pressure campaign to force Assange to leave the embassy.

In 2012, Assange was granted political asylum, when Rafael Correa was president of Ecuador. Correa’s administration considered “legal evidence” that Assange would not receive a fair trial if extradited to the U.S. and endorsed Assange’s fears of due process violations and cruel and inhuman treatment if he was handed over to Sweden.

At Assange’s extradition trial in September, his defense team presented evidence of an espionage operation backed by U.S. intelligence that was carried out against him at the London embassy.

Undercover Global S.L., a Spanish security company, bugged the embassy and had a “real obsession” with spying on Assange’s legal team. Beyond that, U.C. Global Director David Morales talked about plots to kidnap Assange or even poison him, and the company ordered employees to steal diapers so they could figure out if he fathered a child.

In October 2019, a Spanish high court charged Morales with offenses “related to violating the privacy of the WikiLeaks founder and passing the information on to the United States’ intelligence services,” according to El Pais.

That case is still unfolding in Spain, however, the Justice Department has sought to obstruct proceedings by refusing cooperation unless whistleblowers from the company reveal their identities.

The unsealed indictment against Assange was initially limited to a “conspiracy to commit computer intrusion” offense under the Computer Fraud and Abuse Act and a general statute against any conspiracies to “defraud” the U.S. government, which prompted a number of Western pundits to erroneously insist prosecutors avoided a case that would implicate the First Amendment.

However, the indictment declared, “The WikiLeaks website publicly solicited submissions of classified, censored, and other restricted information. Assange, who did not possess a security clearance or need to know, was not authorized to receive classified information of the United States.”

The indictment relied upon language straight from the Espionage Act. Prosecutors explicitly singled out Assange as an “aider” and “abettor” of “espionage” for publishing unauthorized disclosures of classified information, even though reporters and editors at media organizations throughout the world routinely produce stories based upon sensitive documents without a U.S. security clearance.

A little over a month later, in May 2019, the U.S. Justice Department unsealed a superseding indictment with 17 charges under the Espionage Act. It dispelled any illusions journalists throughout the world may have had. 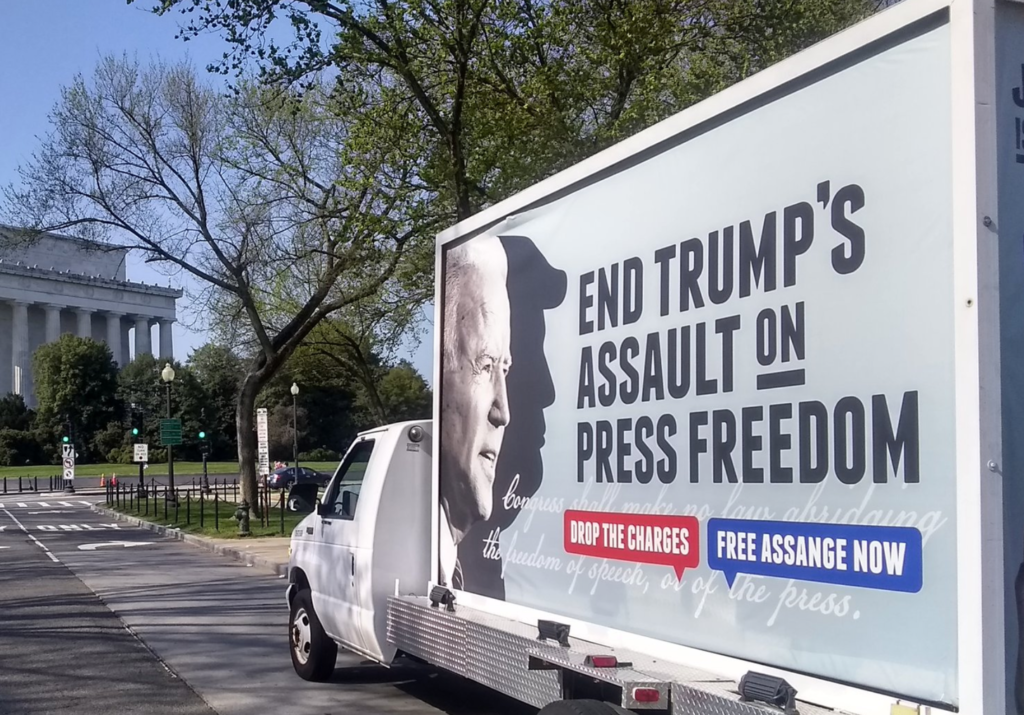 President Joe Biden, Secretary of State Antony Blinken, and Attorney General Merrick Garland now have the obligation, if they are serious about press freedom, to drop the charges that were issued under Trump by a Justice Department deeply politicized by Attorney General Bill Barr.

The Biden administration should recognize how much time has passed, including how long ago it was that Attorney General Eric Holder’s Justice Department examined the evidence against Assange and chose not to indict a publisher. (Biden was President Barack Obama’s vice president.)

Whether the Biden administration returns to a norm that existed under Obama, Stella Moris suggests that those opposed to the prosecution “remind people that the judge threw out the U.S. extradition request in January.”

Those who support freedom of the press may also recall the U.S. war crimes in Iraq that Assange helped to expose by publishing disclosures from Pfc. Chelsea Manning. They may recall diplomatic cables that revealed how the British government sought to limit an inquiry into the U.K.’s involvement in the Iraq War. They may recall the pressure European countries faced to not investigate CIA torture, and the extrajudicial assassinations by CIA and U.S. military forces in Pakistan, which became widely known. And they may recall how documents showed the CIA enlisted U.S. officials to spy on UN officials and foreign diplomats at the UN in New York.

Though the above represents only a sliver of the information published, it is some of the most compelling evidence that Assange was targeted for enabling scrutiny of a global superpower.

The U.S. government has appealed the January ruling by the British judge against extradition. Assange’s team has also appealed because his attorneys believe the judge issued a decision that was far too dangerous for the future of press freedom in the world.

The High Court of Justice will decide in the coming months whether to hear the appeal.

Meanwhile, in Ecuador, President Moreno’s right-wing, neoliberal, and U.S.-backed agenda has been entirely rejected. A runoff is taking place on the same day as the anniversary of Moreno’s flagrant violation of Assange’s human rights.