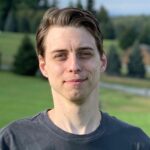 20 Sep 2021 – CIA whistleblower John Kiriakou was asked in July 2002 if he wanted to be trained in “enhanced interrogation techniques.” He was one of 14 people invited to learn how to apply these torture methods who declined the offer. “I had a moral and ethical problem with them. I had a legal problem with them. Besides being immoral and unethical, to me, they were clearly illegal. We have very clear laws and are signatories to international treaties that ban this kind of behavior,” 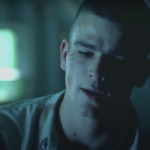 9/11 and Its Impact on Cinema – The film, produced by Jerry Bruckheimer, was made with full support from the Pentagon before the 9/11attacks. But its release was moved to Dec 2001 because it was a tale of American heroism that could sell audiences on the supposed necessity of military intervention. 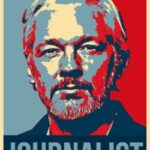 11 Apr 2021 – WikiLeaks founder Julian Assange has been detained at the high-security Belmarsh prison in London for two years today. Protests and solidarity actions are planned over the course of the week throughout the world and in cities like Boston, Berlin, Brussels, Dresden, Vienna, and Hamburg. 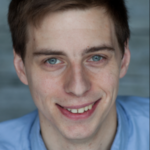 6 Jan 2021 – “As far as Mr. Assange is concerned, this case has not been won,” Judge Vanessa Baraitser declared. She said the United States government “must be allowed to challenge [her] decision.” 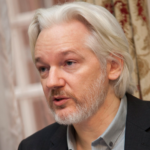 4 Jan 2021 – “It would be oppressive to extradite [Assange] to the United States of America,” Judge Vanessa Baraitser stated

1 Dec 2020 – In the closing argument for the extradition os Julian Assange, Crown Prosecution Authority lawyers cast WikiLeaks as an ideologically entity in the “business of encouraging individuals to hack into computers.” Prosecutors further allege Assange encouraged the “mass and indiscriminate theft of a vast number of documents,” maintaining WikiLeaks “cannot be compared to the New York Times.” 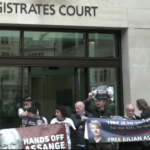 10 Nov 2020 – In submission to magistrates’ court in London, attorneys detail the “politically motivated” case the Trump administration pursued against the WikiLeaks founder.

29 Jan 2019 – A CNN “exclusive” report from inside Venezuela aired multiple times on the network on January 28. It is a prime example of how influential media outlets in the U.S. effectively create propaganda for the opposition, which now is receiving funds from President Donald Trump’s administration. 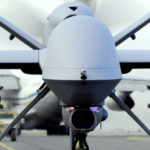 A new PBS documentary looks deep into the shadowy world of the global arms trade, profit-making from war, and the politicians who sell the interests of their constituents to the highest bidder.

29 Jun 2015 – WikiLeaks published documents from the NSA showing details of economic espionage against France by the “Five Eyes’ alliance, which consists of the United States, Great Britain, Canada, Australia and New Zealand.

Eleven Years After US Invaded Iraq: Bloodshed, Rape, Torture & Executions in the Country Are Ignored
Kevin Gosztola – The Dissenter, 24 Mar 2014

Dahr Jamail, one of the only American journalists still covering Iraq, reported this month for Truthout that Maliki’s forces had killed “at least 109 civilians” and wounded 632 people since they started to shell Fallujah in January. Doctors, residents and NGO workers, who he spoke with, accused the government of “war crimes” and “crimes against humanity.”

A foundation dedicated to promoting and funding transparency journalism, which launched on December 16 [2012], has concluded its first round of funding for organizations. The Freedom of the Press Foundation (FPF) raised nearly $200,000 for four different organizations, including WikiLeaks, which it collected donations to support because the media organization faces a banking blockade that makes it difficult for it to directly accept funds from supporters.

Enlisted off-duty police officers are intimidating, harassing and arresting just about anyone they think is trespassing, even if those people happen to be on property they own. And, officers who are acting as armed henchmen for TransCanada have arrested three journalists in the past twenty-four hours for simply being there to report on resistance to the pipeline construction.