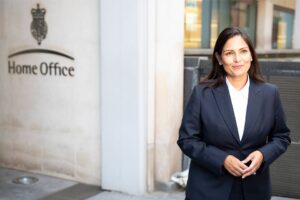 Patel’s decision to hand over a journalist to the US government for prosecution was immediately condemned by human rights and press freedom organizations. The Assange legal team planned to submit an appeal in the High Court of Justice challenging the political nature of the case and how extradition law was interpreted.

“The decision by the secretary of state was always predictable. It is nevertheless regrettable that she elected not to engage with serious issues of substance raised by Mr. Assange,” Assange’s lawyers at Birnberg Peirce declared. “He will appeal her decision.”

Grounds for appeal will include issues that Assange’s attorneys were not able to proceed with while the US government appealed the district court’s decision.

Describing it as “shameful,” Reporters Without Borders international campaigns director Rebecca Vincent said the decision represented “another failure by the UK to protect journalism and press freedom, bringing Julian Assange a step closure to extradition.”

The global human rights organization Amnesty International renewed their opposition. “Allowing Julian Assange to be extradited to the US would put him at great risk and sends a chilling message to journalists the world over.”

Don’t Extradite Assange, a campaign which mobilized opposition to the case in the UK, stated, “This is a dark day for press freedom and for British democracy. Anyone in this country who cares about freedom of expression should be deeply ashamed that the Home Secretary has approved the extradition of Julian Assange to the United States, the country that plotted his assassination.”

“The UK’s decision to extradite Julian Assange to the nation that plotted to assassinate him – the nation that wants to imprison him for 175 years for publishing truthful information in the public interest – is an abomination.”

They added, “The US government argues that its venerated Constitution does not protect journalism the government dislikes, and that publishing truthful information in the public interest is a subversive, criminal act. This argument is a threat not only to journalism, but to democracy itself.

“The UK has shown its complicity in this farce, by agreeing to extradite a foreigner based on politically motivated charges that collapse under the slightest scrutiny,” Chomsky, Ellsberg, and Walker concluded.

Assange faces 18 charges brought against him by the US Justice Department, 17 of which fall under the Espionage Act. All the charges relate to documents WikiLeaks released in 2010 and 2011, which were provided by US Army whistleblower Chelsea Manning.

Over 300 doctors, psychiatrists, and psychologists organized under the banner of “Doctors for Assange” sent a letter to Patel on June 10 that reminded Patel of “serious concerns” related to the WikiLeaks founder’s “deteriorating health,” which has worsened while in UK custody.

“Under conditions in which the UK legal system has failed to take Mr Assange’s current health status into account,” the doctors declared, “no valid decision to approve his extradition may be made by you or anyone else.”

The doctors made it clear that extraditing a person with such compromised health was “medically and ethically unacceptable.” They added, “Should he come to harm in the US under these circumstances, it is you, Home Secretary, who will be left holding the responsibility for that negligent outcome.”

Nineteen organizations committed to freedom of expression and press freedom wrote a letter to Patel on April 22, right after the district court ordered Assange’s extradition and sent it to the Home Office for review.

“[Assange] highly likely to be detained [in the US] in conditions of isolation or solitary confinement despite the US government’s assurances, which would severely exacerbate his risk of suicide,” the organizations warned. “[He] would be unable to adequately defend himself in the US courts, as the Espionage Act lacks a public interest defense. His prosecution would set a dangerous precedent that could be applied to any media outlet that published stories based on leaked information, or indeed any journalist, publisher, or source anywhere in the world.”

“We ask you, Home Secretary, to honor the UK government’s commitment to protecting and promoting media freedom and reject the US extradition request. We ask you to release Mr Assange from Belmarsh prison and allow him to return to his young family after many years of isolation. Finally, we ask you to publicly commit to ensuring that no publisher, journalist or source ever again faces detention in the UK for publishing information in the public interest.”

The organizations demanded a meeting with Patel, but it does not appear a meeting was ever granted so advocates could further convey their concerns.

On May 10, Dunja Mijatović, the commissioner for the Council of Europe appealed to Patel. “It is my view that the indictment by the United States against Mr. Assange raises important questions about the protection of those that publish classified information in the public interest, including information that exposes human rights violations.”

“The broad and vague nature of the allegations against Mr. Assange, and of the offenses listed in the indictment, are troubling as many of them concern activities at the core of investigative journalism in Europe and beyond,” Mijatović argued. “Consequently, allowing Mr.Assange’s extradition on this basis would have a chilling effect on media freedom, and could ultimately hamper the press in performing its task as purveyor of information and public watchdog in democratic societies.”

All of the above overtures to Patel were apparently brushed aside. There is no evidence that any complaints about the Assange case were ever considered by Patel.

The news of the decision did not even come from Patel herself. An unnamed Home Office spokesperson provided remarks that were circulated by UK media.

“Under the Extradition Act 2003, the secretary of state must sign an extradition order if there are no grounds to prohibit the order being made. Extradition requests are only sent to the home secretary once a judge decides it can proceed after considering various aspects of the case.”

“On June 17, following consideration by both the magistrates court and high court, the extradition of Mr. Julian Assange to the US was ordered. Mr. Assange retains the normal 14-day right to appeal.”

“In this case, the UK courts have not found that it would be oppressive, unjust, or an abuse of process to extradite Mr Assange,” the unnamed spokesperson claimed. “Nor have they found that extradition would be incompatible with his human rights, including his right to a fair trial and to freedom of expression.” They further claimed in the US his health would be treated appropriately.

But this was not a fresh statement from a department willing to take public responsibility for approving the request. It was a kind of vulgar paraphrasing of the legal criteria used as a cover to avoid defending or justifying the Home Office’s action.

The spokesperson faithfully parroted the “assurances” that were put forward in diplomatic notes to the UK Foreign Office by the US State Department, which intervened after the Crown Prosecution Service and the US government lost their case at the district court level on January 4, 2021. It was this intervention that played a critical role in saving the extradition request.

In the end, Patel and the UK government put the UK’s role as a client state of the US government ahead of challenging the case. This is a role the UK has performed consistently and dutifully since supporting the invasion of Iraq in 2003.

The US and UK agreed to an alarming and unprecedented extradition request that criminalizes someone for engaging in standard newsgathering activities not only because they share the US government’s disgust for Assange but also because UK officials value the US-UK partnership more than human rights.

Patel and the Home Office supported an expansion of the Official Secrets Laws in the UK while the US extradition request moved through the UK courts. As Mohamed Elmaazi reported for The Dissenter, the proposed expansion would make it possible for the UK government to imprison “leakers, recipients of leaks, and secondary publishers–including journalists—from the current maximum of two years to as high as 14 years in prison.”

The Home Office contended there was no longer much of a difference between “espionage and the most serious unauthorized disclosures.” The department regarded journalism as an act capable of “far more serious damage” than traditional espionage.

Operation Pelican, the name for the pressure campaign to force Assange out of the Ecuador embassy in London, was supported by the Home Office.

Declassified UK’s chief investigator Matt Kennard reported that Patel was on the advisory council for a right-wing group linked to the CIA called the Henry Jackson Society, which has attacked Assange several times since 2010.

Without any meaningful objections from within the UK government, if Assange is eventually put on a plane and brought to the US for trial, they, along with the US government, will bear responsibility for any tragedy that occurs while in a US jail or prison.