If the British Home Office approves extradition, Assange’s defense may submit an appeal on the issues of freedom of the press. 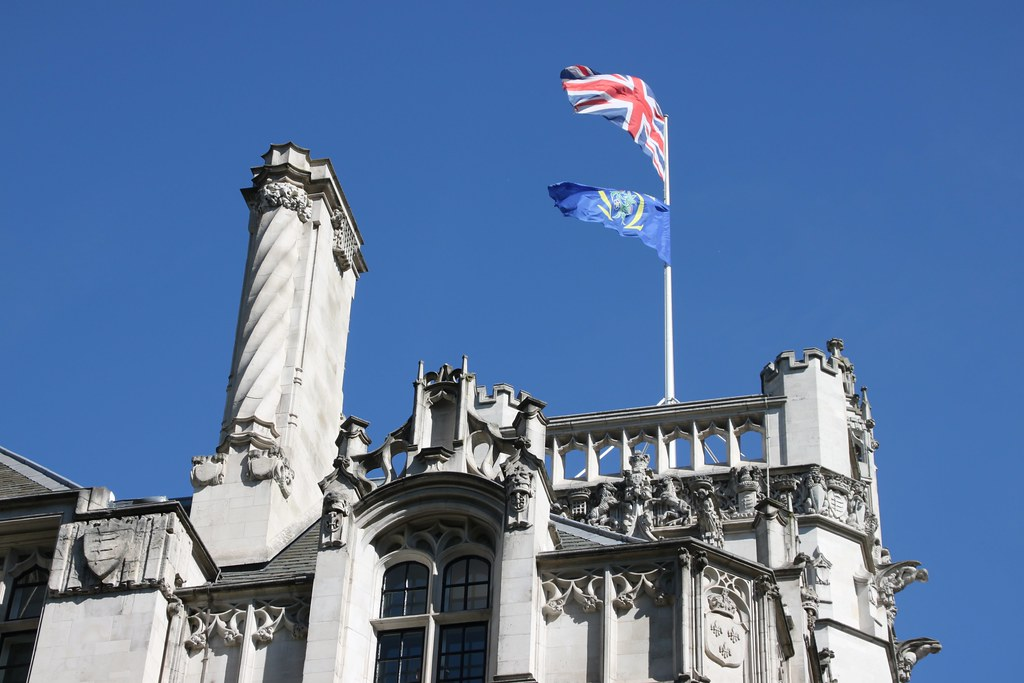 14 Mar 2022 – Without any explanation, the British Supreme Court denied WikiLeaks founder Julian Assange “permission to appeal” a decision by the British High Court.

The Supreme Court maintained the appeal did not “raise an arguable point of law” and sent the case back to the Westminster Magistrates’ Court, the district court which initially blocked the United States government’s extradition request on January 4, 2021.

By refusing to grant Assange a hearing, the U.S. government effectively won their appeal. Prosecutors convinced the British courts to disregard concerns that he may be subject to treatment in a U.S. jail or prison that would be oppressive to his mental health.

The Westminster Magistrates’ Court may now refer the extradition to the British Home Office for Home Secretary Priti Patel to review. According to Birnberg Peirce, the law firm representing Assange, they are entitled to make submissions to the Home Secretary for consideration before the extradition request is approved.

If Patel approves the extradition, Assange’s defense may submit an appeal on the issues of freedom of the press that were not addressed before the High Court yet. That would likely prevent Assange from extradition.

However, if the High Court and Supreme Court refused to hear the appeal because they did not believe it raised “arguable points of law,” he could potentially be transferred to the U.S. before the year is over.

Assange is detained at Her Majesty’s Prison Belmarsh in London, a high-security prison where he has been held since he was expelled from the Ecuador Embassy on April 11, 2019. He faces 18 charges—17 of which are charges under the Espionage Act.

The Espionage Act is a law in the United States passed in 1917 that the Justice Department has increasingly wielded against media sources who share “classified” documents or talk about sensitive information with journalists.

On December 10, 2021, the High Court, the same court which was asked to certify points of law for an appeal, granted the U.S. government’s appeal and overturned a district court decision that previously blocked Assange’s extradition.

The High Court did not grant permission for an appeal but certified one issue as a “matter of public importance,” which cracked the door open for an appeal before it was slammed shut on March 14.

The district court heard evidence during a month-long hearing in September 2020 that U.S. prison conditions would likely drive Assange to commit suicide, particularly as a result of his mental health issues.

One of the U.S. agencies that provides input into whether to designate a detainee or prisoner for SAMs is the CIA, which designated WikiLeaks as a “non-state hostile intelligence agency” and reportedly considered plans to kidnap or poison Assange while he was in the Ecuador Embassy.

Attorneys for Assange showed the CIA’s interest in Assange goes beyond the “pursuit of normal or acceptable criminal justice objectives.”

Assange’s legal team asked the Supreme Court to consider what circumstances an appeals court could receive “assurances” from a requesting state, which were not initially before the “court of first instance in extradition proceedings.” (In this case, that was the Westminster Magistrates’ Court.)

Officials told the British government they would not impose special administrative measures (SAMs) on Assange before trial or after he was convicted. They also insisted they would not incarcerate Assange in ADX Florence, a supermax prison.

Additionally, the U.S. State Department claimed Assange, an Australian citizen, could apply for a prisoner transfer under the Council of Europe Convention on the Transfer of Sentenced Persons to Australia to serve any prison sentence in his home country. He would also receive “clinical and psychological treatment” as recommended by a “qualified treating clinician employed or retained” while in U.S. custody.

Each of the conditional assurances offered by the U.S. State Department contained glaring loopholes that were highlighted by Assange’s attorneys during an appeal hearing at the end of October 2021. Yet the High Court found those loopholes to be insignificant, and the court granted the U.S. government’s appeal.

‘Regressive Measures’ Which Have No Place in a Democracy

An application for appeal released by Assange’s legal team reflects the arguments they were blocked from presenting to the Supreme Court.

“The manner in which assurances were permitted to be introduced in this case for the first time on appeal totally undermines the primacy of the extradition hearing and deprives the defendant of an opportunity to test them and their implications before the district judge,” attorneys argued.

“It is generally regarded as unfair, wrong, and abusive for a party to elect—for a perceived or actual tactical advantage—to conduct litigation in one way and then, when met with an adverse judicial decision on that, to attempt to re-litigate or appeal on a new and different basis.”

The High Court asserted the assurances were not evidence, and as such, there was no unfairness on the part of the U.S. government. In response, Assange’s attorneys raised the fact that there lengthy proceedings on alleged confinement conditions in U.S. prisons, which gave the U.S. plenty of opportunity to neutralize concerns about inhuman treatment. Officials never offered an assurance related to SAMs or ADX Florence.

Evidence presented by Assange’s defense clearly resonated with Baraitser. Only then did U.S. officials accept that the state of U.S. jails and prisons may require them to make some assurances to secure the WikiLeaks founder’s extradition.

According to Assange’s attorneys, withholding assurances from the district judge meant that there was no opportunity for the judge to hear or test evidence. There was also no chance for the judge to take into account the assurances when “reaching her overall value judgments.”

“Assange was, of course, in custody throughout the entire proceedings below, and parachuting this issue into these proceedings, at this remove of time, was fundamentally unfair,” his attorneys added.

“Prolonged solitary confinement is a key feature of life for many people in U.S. maximum security prisons and amounts to torture or other ill treatment under international law. The ban on torture and other ill-treatment is absolute and empty promises of fair treatment, such as those offered by the U.S.A. in the Assange case threaten to profoundly undermine that international prohibition.”

Hall also contended the refusal left “intact the nefarious route the U.S. has employed to attempt to prosecute publishers for espionage. Demanding that states like the UK extradite people for publishing classified information that is in the public interest sets a dangerous precedent and must be rejected.”

“Assange’s case is overwhelmingly in the public interest, and it deserved review by the highest court in the U.K. After two full years of extradition proceedings, once again Assange’s fate has become a political decision,” stated Rebecca Vincent, RSF’s Director of Operations and Campaigns.

“We call on the Home Office to act in the interest of journalism and press freedom by refusing extradition and releasing Assange from prison without further delay,” Vincent added.

While press freedom issues in the Assange case have not been litigated since the district court decision, the first major changes to the U.K.’s Official Secrets Acts since 1989 were proposed by Patel, who supports expanding the law to prosecute and jail whistleblowers and journalists who publish state secrets.

“Although the Official Secrets Acts are indeed long overdue for reform, what the Home Office is proposing is alarming,” Vincent previously declared. “The failure to include a public interest defense would increase risks for journalists, sources, and others who could face the threat of up to 14 years in prison simply for doing their jobs—regressive measures that have no place in any modern democracy.”