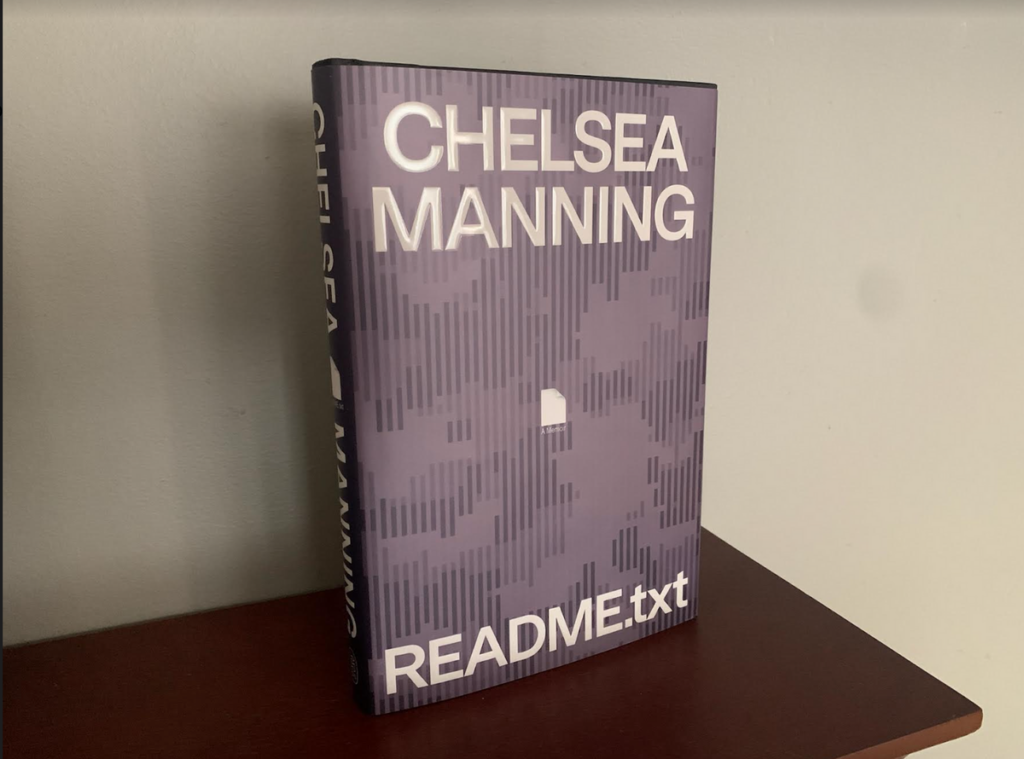 20 Oct 2022 – In the United States government’s case against WikiLeaks founder Julian Assange, prosecutors claim that he communicated with US Army whistleblower Chelsea Manning through an encrypted chat client known as Jabber.

Prosecutors highlight several alleged exchanges between Manning and a username, or handle, associated with Assange. Yet they have never been able to definitively prove that Manning was chatting with Assange, and Manning’s new book, README.txt, further complicates their case.

Manning recalls in February 2010 that she told a chat room with individuals she believed to be associated with WikiLeaks that they could expect an “important submission.” She received a response from someone with the handle “office,” who changed their handle to “pressassociation.”

At this time, Manning had prepared what became known as the “Collateral Murder” video for submission to WikiLeaks. The video showed an Apache helicopter attack in Baghdad by US soldiers that killed two Reuters journalists, Saeed Chmagh and Namir Noor-Eldeen, and Saleh Matasher Tomal, a good Samaritan who pulled up in a van and tried to help the wounded.

“We eventually began to talk on another encrypted chat client, Jabber, and I saved the person in my contacts as ‘Nathaniel Frank,’ a decoy that was an homage to the author of a book I’d read the previous year (Unfriendly Fire: How the Gay Ban Undermines the Military and Weakens America),” Manning writes.

Consistent with the statement she delivered during her court-martial in February 2013, she adds, “I never knew for sure who the real person was behind the ‘Nathaniel Frank’ handles. Over time, and from the role he played in the chat room, I came to understand this was an important person in the group.”

“I guessed it was likely Julian Assange, or maybe Daniel Schmitt (now known as Daniel Domscheit-Berg), another central figure in WLO [WikiLeaks]. Or else it was someone representing them. To this day, I can’t say with absolute certainty who it was; that’s the point of having a handle online, of course. There are no driver’s licenses presented in the hacking world.”

Manning mentions that she used a “random name generator” to get her handle: DawgNetwork.

‘Without Reference to the Specific Moniker’

In the indictment against Assange, prosecutors state, “No later than January 2010, Manning repeatedly used an online chat service, [Jabber], to chat with Assange, who used multiple monikers attributable to him.”

“The grand jury will allege that the person using these monikers is Assange without reference to the specific moniker used,” according to the indictment.

This illustrates the intent of US prosecutors to rely upon circumstantial evidence to tie Assange to the account, like they did during Manning’s court-martial. However, as was true during the court-martial, the government still cannot prove Assange was the WikiLeaks associate chatting with Manning under a “specific moniker.”

During a four-week extradition hearing in September 2020, Assange’s legal team had Patrick Eller, a command digital forensic examiner responsible for a team of more than eighty examiners at US Army Criminal Investigation Command headquarters, provide testimony to the UK district court. He had access to the court-martial record.

Eller said that he was unable to find any evidence that linked Assange to the “Nathaniel Frank” account.

Now, in a government affidavit from 2019, assistant US attorney Kellen Dwyer claimed the US has a witness that the FBI interviewed in 2011, who will testify that Assange used the pressassociation account. The witness is a woman who was “romantically involved” with Assange and met him in Berlin in 2009.

Dwyer also indicates that Siggi Thordarson, an FBI informant from Iceland who is a diagnosed sociopath and serial criminal, will testify that Assange used “pressassociation” as “one of his online nicknames.”

None of this featured in the extradition proceedings, and Crown prosecutors did not contest Mark Summers QC, an Assange attorney, when he had Eller address the lack of proof that Assange used the account that chatted with Manning.

Prosecutors subpoenaed Manning to testify before a grand jury in January 2019, and they likely hoped they could coerce her into answering questions about her chats with this particular account. But Manning was steadfast, maintained her grand jury resistance for nearly a year, and prosecutors were never able to elicit any testimony that could be used against Assange.

Her book should help Assange’s legal team establish reasonable doubt that Assange used the name, especially if they can show that other WikiLeaks associates had access to the account for chatting with potential sources.

Contesting the US Government’s Theory in the Assange Case

The US government’s theory of the case against Assange depends upon a narrative that involves Assange recruiting Manning to leak documents to WikiLeaks. Facts of the case have always conflicted with this conspiracy theory, and Manning raises a few of these facts.

“[Major Ashden] Fein tried to make it seem like I’d started hunting around explicitly on behalf of WikiLeaks as soon as I got to Iraq. He pointed to a list they posted of they ‘Most Wanted Leaks’ for 2009, and tried to claim that I’d been looking for the Garani video in November, just two weeks after I’d gotten to Iraq.”

This backfired, according to Manning. “First of all, we has evidence that I hadn’t uploaded the Garani video until the spring of 2010. Second, the video wasn’t even on the ‘Most Wanted’ list. Third, the vast majority of things I’d posted weren’t on it either.”

“In late March,” as Manning details, searching through the CENTCOM directory for information I needed for my job, I discovered a video of a 2009 air strike in Garani, Afghanistan. More than one hundred Afghani civilians, mostly women and children, were accidentally killed, and the air strike had been covered all over the world.”

“It was chilling to see death on that scale, and the conclusions of the report that accompanied it were even more disturbing to me than the ones for the video that became known as ‘Collateral Murder.'”

Manning adds, “What I was saw indelible and awful: graphic footage of women, children, and old people dying the most painful kind of death, a result of munitions containing white phosphorus hitting an extremely flammable structure.”

She submitted the Garani video to WikiLeaks, but the video was never published. The US government’s report on what resulted in the deaths of so many innocent civilians remains “highly classified.”

An exchange with “Nathaniel Frank” about the detainee assessment briefs, which were published as the “Gitmo Files,” is highlighted in the book. In the indictment against Assange, this exchange is the first alleged exchange between Manning and the person who prosecutors insist—without proof—was Assange.

“I asked ‘Nathaniel Frank’—on March 7, the day of the Iraqi elections—what he thought. Were they worth publishing?” Manning shares. “He told me that it probably wouldn’t change much politically, but that perhaps they could be of use to the individual detainees in their legal battles, and that they seemed important for filling out the general historical record of the Guantanamo detainments.”

What Manning writes aligns with the indictment, although the indictment is more vague. “Manning asked Assange how valuable the Guantanamo Bay detainee assessments would be,” and the account that prosecutors associate with Assange confirmed they had value.

Manning engaged in chats with “Nathaniel Frank” because she yearned for a personal connection with anyone who would discuss topics that were of interest to her. They exchanged messages on politics and information technology.

“Soon, we were talking almost every day, sometimes for almost an hour at a time, about a range of topics, not just whatever publications WikiLeaks was preparing,” Manning recounts. “I felt freer to be myself thanks to the cloak of anonymity the encrypted chat provided, and that was a lifeline to me then. It was an escape from the pressure and anxiety of the deployment.”

“In retrospect, I realize that this meant more to me than it did to ‘Nathaniel Frank,’ and that our closeness was an artificial, circumstantial one. But I so badly needed an escape valve, and some semblance of friendship and trust.”

This is the first article on Chelsea Manning’s new book.