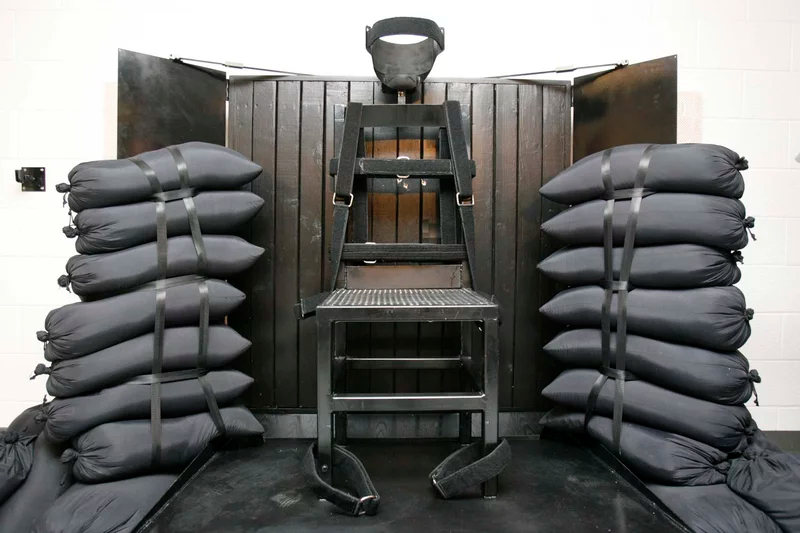 20 May 2021 – Two death row inmates in South Carolina, now required by law to choose between a yet-to-be-formed firing squad and a 109-year-old electric chair, have decided to sue instead. They call the state’s recently signed legislation unconstitutional because lethal injection was the main method of execution when they were sentenced.

It’s an argument Democratic state Rep. Justin Bamberg vehemently made as he fought against the new law that is intended to restart executions that have involuntarily stalled in the state for a decade.

“We’re going to force people to get electrocuted and give them the choice of getting shot instead when that wasn’t even the law when they were convicted of their crime,” says Bamberg.

The law does say lethal injection is still possible if it’s available. But that’s a big if.

Many pharmaceutical companies have stopped selling the chemicals needed to put inmates to death with a needle and in South Carolina, unlike other states, there is no shield law to protect local drug makers’ identities.

Read more: With Lethal Injections Harder to Come By, Some States Are Turning to Firing Squads

Before the new law was signed, the decision for the condemned was execution by lethal injection or the electric chair. Those who chose not to be electrocuted could not be put to death because the drugs were not available. That frustrated some lawmakers.

“To have the death penalty and then not be allowed to carry it out is committing fraud upon the citizens we represent,” says Republican state Sen. Greg Hembree, a former prosecutor of 25 years.

Hembree says the families of victims deserve the justice they were promised in court. He sponsored the legislation and proposed making the electric chair the default method of execution instead of lethal injection.

But not everyone agreed.

“That was unacceptable to me because I think the electric chair is torture,” says Democratic state Sen. Dick Harpootlian. “I don’t think it’s an execution.”

“It’s instantaneous. No death is pretty, but it’s not torture.”

The South Carolina Department of Corrections is now trying to do something it’s never done before, create a firing squad based on those other states. There’s no word on how much it could cost or how long it will take.

But the agency’s director, Bryan Stirling, says it’s possible the state won’t have to wait. It could, he says, start carrying out executions again without a firing squad, even though inmates are supposed to have a choice.

“They do have that right, however, the law states if an option is not available, then it would default to the electric chair,” says Stirling.

Lindsey Vann says she is appalled but not surprised. She’s the executive director of the non-profit group Justice 360, which assists death row inmates.

Vann represents a third inmate on death row, Richard Moore, who is in his 50s. He was sentenced to death nearly 20 years ago for the murder of James Mahoney, who was working as a clerk at a convenience store at the time.

“We have researched all cases in South Carolina ending in the death penalty and none of them are like this,” says Vann.

She says Moore, who is Black, was unarmed when he walked into the store and scuffled with Mahoney, who was white and armed. Vann says Moore shot Mahoney to death, but it wasn’t planned.

“Richard Moore is also the last person on South Carolina’s death row who was tried by a jury without anyone of his own race,” says Vann.

The state Supreme Court began reviewing Moore’s case again this month, even as lawmakers began crafting legislation that could hasten his death.

Moore was supposed to be executed last December but refused to choose the electric chair or lethal injection. The latter was the default then, so he could not be put to death.

Vann says she doesn’t know why the new law was so quickly passed at the end of the legislative session.

“It’s been an issue for years. There have been efforts to see that the law is carried out for years.”

But some Democrats believe that carrying out causes like this one has become a popular way for Republicans to try to appeal to former President Trump’s faithful base.