The “Kill a Leftist” Law 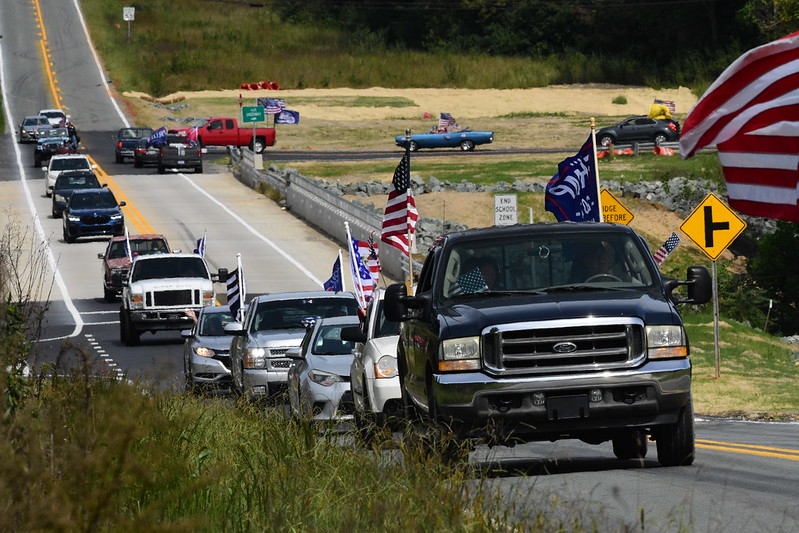 7 May 2021 – So now it’ll be legal in some Neolithic U.S. states to run over leftists with your car. What’ll come next? Legalizing pushing people out of airplanes at 35,000 feet? Running over swimmers with boats? Unleashing your rabid dog on people whose political persuasions offend you? There are so many possibilities! It’s already legal for cops to shoot leftists. They did so with no repercussions in Oregon, after Trump took to the airwaves to tell them to hurry up and “do what has to be done” to Michael Reinoehl, suspected of shooting a fascist. And cops murder people in traffic stops all the time. But why just police? Doesn’t any idiot with a gun have the right to “stand his ground?” Why can’t fascists like the Proud Boys shoot anybody they don’t like? After all, if radical right-wing thugs don’t like somebody, GOP governors can’t be far behind, nodding in agreement. This is the new criteria in some U.S. states for how we excuse homicide – red-blooded Amuricans don’t like these people, so yeah, it’s cool to drive smack into them.

According to the Des Moines Register, a new law in Iowa would “grant civil immunity to drivers of vehicles who injure someone who is blocking traffic while engaging in disorderly conduct or participating in a protest, demonstration, riot or unlawful assembly without a permit.” The Washington Post reports that Florida governor Ron “Who Needs Masks?” DeSantis signed a similar law. “That legislation is already a target of a federal civil rights lawsuit,” the Post reports. Oklahoma also passed such a measure.

So these states want to enshrine in our jurisprudence the right to run over protestors. Will that encourage more such homicidal behavior? The Post doesn’t think such incitement is needed, noting USA Today’s report of “at least 104 incidents of people driving vehicles into protests from May 27 through September 5.” Black Lives Matter was the target of choice. And police do it too – eight times last year. Really, we should just rewrite the first amendment to mandate that freedom of assembly only applies to certain people. If you’re not in that select group of patriotic Amuricans, you’re fair game for someone who uses their vehicle as a murder weapon.

Overall 34 states are currently weighing anti-protest bills. All introduced by Republicans, the Hill reports. Over 80 such bills so far. Though only a few legalize killing protestors with cars, the general drift is clear: these scruffy people don’t have the right to protest, according to the GOP. If they want to exercise their first amendment rights they should move somewhere else; Russia or China, I guess.

And don’t forget Montana! There, GOP governor Greg “Punch a Journalist” Gianforte will soon sign a law “that would criminalize protesting fossil fuel infrastructure,” reports Brian Kahn of earther. “It would foist up to $150,000 in fines and 30 years in prison on individuals convicted of protest-related ‘vandalism’ and $1.5 million in costs on any organization charged as ‘conspirators.’” Montana is locked and loaded (and so, probably, is its wolf-slaughtering governor): Tree huggers beware! You better think twice about exercising your right to assembly up in big sky country. And indigenous people on reservations should adjust to hydrocarbons in their drinking water, I suppose.

The inescapable conclusion here is that large parts of the bill of rights are very unpopular with much of the nation. Indeed, in MAGA land, God help us, outside of the second amendment, I’m sure most people would be just as happy without the bill of rights, since the exercise of those rights so offends them. Here the imbecile hordes are in sync with law enforcement, which, at its pinnacle, namely the CIA, NSA and FBI, tired of the fourth amendment years ago. Our police state hasn’t just chipped away at the right to freedom from unreasonable search and seizure – it sledge-hammered that amendment, with the aid, of course, of congress and several presidents.

Having devoured fourth amendment protections, so that now government snoops can read our emails, text messages and monitor our phone calls, America moves on to the next course, that is, the first amendment. Once a critical mass of states legalizes murdering protestors with a car, things will doubtless move to the federal stage, where some intellectual heavyweight like Lauren Boebert, Mo Brooks, Louie Gohmert, Marjorie Taylor Green or Matt Gaetz will introduce a “Crash and Carry for Freedom” bill, a sort of combination of “Plow Into ‘Em, Then Stand Your Ground.”

“Crash and Carry for Freedom” could allow those so offended by unkempt leftwing protestors that they drove their SUVs over them, to then exit their vehicle and finish the job with their semi-automatic weapons. Law suits would undoubtedly follow, but hey, when they wend their way up to THIS supreme court, I’m sure, the “Crash and Carry for Freedom” bill will be upheld by the Cro-Magnon majority. Even though, according to a recent SCOTUS ukase, Black youth offenders may not deserve second chance, I’m still sure the high court’ll carve out an exception for Fine People, like white Republican murderers.

The goal for our MAGA morons is to whittle that nettlesome bill of rights down to one amendment, the second, because freedom clearly means being able to shoot people. Then there are the other oft-maligned freedoms that Trump so terrifyingly brought to our attention – the freedom to pollute the atmosphere with carbon, or indeed any toxic substance of choice, to poison drinking water with heavy metals, fracked methane and PFAS, to persecute migrants at the border, to thumb your nose at antitrust laws if you’re a big enough corporation, to assassinate foreign government officials as they step out of planes onto the tarmac, to lie boldly that you didn’t lose an election and to rally the entire GOP behind this gargantuan fib, to incite your followers to overrun the capitol and disrupt the certification of an election. These freedoms, so dear to those in the eclectic universe of bigwig corporate lunatics and gun-toting hoi polloi, recently yclept Trump-land, clearly should be codified in a NEW bill of rights; and while it’s hard to decide which matters most, undoubtedly the right to drive over a protestor should be at the top of the list.

Let’s face it: as it now stands, the bill of rights has lost its shine, and so have amendments that allow things like birthright citizenship. Freedom of assembly, prohibitions on search and seizure, freedom from excessive bail and from cruel and unusual punishments – these freedoms only appeal to left-wingers. No self-respecting Amurican wants any of that. In fact, any sincere right-winger must question whether they are freedoms at all, or just liberal mollycoddling of unpatriotic radical losers. Even the second amendment is deficient. It doesn’t spell out the right to own and publicly carry an assault weapon! What were the founders thinking?

So clearly, it’s time to revise the list of amendments, and what better way than to start off, bang! with the right to drive your car over protestors? Iowa, Florida and Oklahoma blaze the trail, as they have on so many matters (think Florida and Stand Your Ground, as well as its Let Covid Rip governor), to a brave new world where you can commit homicide with your car before rolling into the drive-thru to purchase your burger. Now that’s the land of the free!

Eve Ottenberg is a novelist and journalist. Her latest book is Birdbrain. She can be reached at her website.