There Are Options beyond Savage Capitalism

Savage capitalism has surpassed the limits of its own sustainability. Important changes are to come. Options are multiple and diverse, including reformed capitalisms and other global and country projects. Despite current junctures, which certainly need attention, it is indispensable to envision the desired future. Let us hope we will not fear to advance towards encouraging courses; they bring sense and meaning to life. 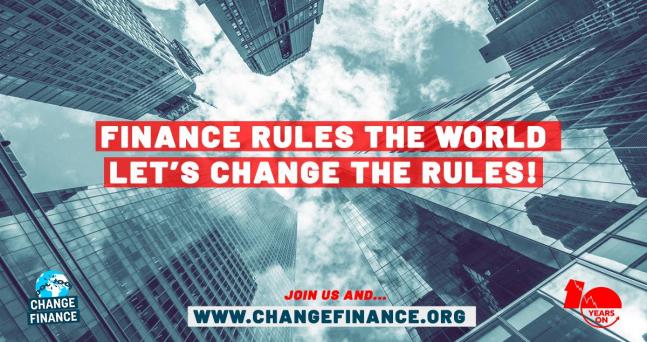 Those who dominate the world, those who imposed themselves as helmspersons of the collective course, believe their hegemony and prevailing way of functioning will remain forever. From them, only the most lucid perceive how social and environmental tensions accumulate that is difficult to contain or channel. The ideological, political, media and repressive lock cannot sustain eternally the tremendous inequalities, the opprobrious of poverty and indigence, even less the planet’s reactions to the aggressions it withstands. The inevitable outcomes will come charged with uncertainties and unforeseeable consequences.

It is difficult to forecast how and when the current hegemonic system will give way to a different one, better or worse than the present one. Diverse and multiple are the forces that converge, the interests that dispute the succession. Let us hope that humanity will be able to conceive and impulse a post savage capitalist system orientated towards social and environmental care and not to other somber places. The new, what will come, is under dispute and, it is worth insisting on, options are not scarce.

Some options talk about reformed capitalisms, variants of the current capitalism but not savage. They could be assimilated to the capitalism in Nordic countries, welfare State that counts on compensating mechanisms and support programs for vulnerable sectors. Indeed, this variety of capitalism would be preferable to that of savagery. However, it is difficult to assure that after a period of benefactor adjustment, there will not be a return to the course and way of functioning that prevails in the world today.

It happens that the central nucleus of capitalism, the guiding and ordering principle for the markets, which mobilizes every economic actor, is maximizing profit. Those who deviate from this structuring criterion of the economic functioning, sooner or later will be displaced by other more aggressive actors. However, we cannot deny capitalism ductility of adapting itself to changing circumstances. This capacity of overcoming adverse circumstances regarding the context, even solving harsh internal contradictions, was proven since its emergence as hegemonic system. Undoubtedly, it will strive to survive even if it has to concede some transformations.

In this perspective, it is worth mentioning two characteristics of capitalism impossible to ignore. One refers to closed limits that concentrated power imposes on deep changes that might be detrimental for them (ceding privileges, firm refusal to graciously cede income and even less fractions of their patrimonies, or diluting their decisional power, among others). That is, a strong resistance that does not allow for inflection points, typical of every social process to sustain it without dramatic explosions or implosions.

A second characteristic refers to the sustainability in time of transformations if accumulation engines that lead to concentration of wealth and decisional power are not dismantled. That is, if accumulation logic is not altered, sooner or later capitalism engines will tend to revert or absorb for their own benefit the reforms that might be imposed to them.

Furthermore, as capitalist dynamic is expressed not only in the economic dimension but also it irradiates over the environment, politics, the media, judiciary, education, security, among others, the necessary changes for making the first step towards a non-savage reformist capitalism should also take place in those areas. These transformations are necessary although difficult to achieve because they imply dismantling the defensive trenches of the prevailing savage order.

Other options propose overcoming the capitalist logic and concentrating process while giving way to new country projects in the context of another type of global project. That is, they propose new referential utopias.

Although diverse options open, the watershed with respects to savage capitalism lays over replacing the ordering principle of maximizing profit by that of caring for humanity and the planet. Afterwards, each country, each nation, will generate the local specificities according to the singularity of their political and cultural circumstances. The diversity of modalities should be welcome and serve for exploring variants and learning by doing.

Fundamentally, the new global and national order should dismantle the concentration of wealth and decisional power that prevails in contemporary world. Figures are overly categorical: 1% of the world’s population owns more than 60% of the global wealth. If we add what the next 4% of the population owns, then 95% of the population, that is more than 7.5 billion people, was cornered up with the residual of what is available. Large majorities live in situations of extreme vulnerability, poverty, indigence, with no voice or social and political rights; middle sectors pale. On top of that, concentration has accelerated with inequalities that incubate huge frustrations and unrest, not always capable of being channelized towards peaceful transformations as many of us proposes.

Economically, exit transition includes transforming the productive matrix to eliminate bottlenecks and prevailing patterns of accumulation, dismantling oligopolies, adopting redistributive modalities within value chains, solving capital flight by large evaders, transforming financial system to orientate it towards work and democratizing the economy instead of speculation, establishing a progressive tax system. Additionally, assigning public expenditure to attend social debt and strategic projects, recovering the sovereignty over rivers and seas in each country, choosing foreign investments that serve good living and not reinforcing concentrating tendencies, securing that foreign trade enables the retention and reinvestment of surplus within the own country. As well as, guaranteeing lands for popular settlements and small agriculture, whenever possible using renewable raw materials and caring prudently for the non-renewable ones, promoting proximity production to minimize transport distances.

To achieve these, we need firm democratic States, non-authoritarian nor dictatorships, with ability for establishing and monitoring compliance with new rules of functioning. Concentrated power always knows how to evade regulations that affect their greed and lucrative desire.

While it is indispensable to cut the tremendous tax elusion and evasion of those who should be the largest contributors and are not, we will also need to reduce huge patrimonial inequality imposed in the last decades. This does not imply destroying large local enterprises and global corporations but rather change their decisional vector to redirect them no longer to maximizing profit but rather to caring for humanity and the planet.

In this critical dimension there are various and diverse modalities of intervention. They will depend on many political and economic circumstances including the ownership structure of each corporation. Some may have their shareholders and managerial compositions open to caring and no more just profiting; with them, it is possible to accord in the adoption of a new decisional vector. However, there will be others where their shareholders and board will present tight resistances. In those cases, the State together with social forces that support it should adopt legal modalities that allow for lifting such refusal to change.

Truly, it is about diverse complementary modalities adopted together. For example, enact the shareholder participation of workers, that shares can be used to partially or totally cancel taxes, or also establishing special trusts that invest in buying shares of large corporations and whose dividends are reinvested both in capitalizing those trusts and cancelling social debt. A minefield hard to implement, it will demand an appropriate combination of prudence, creativity, and firmness. The risks are huge because of the frontal resistance and in the case that the State would return to be controlled by neoliberal governments, setbacks and destructive marches will reappear.

Savage capitalism has crossed the limits of its sustainability. Important or cosmetic changes are coming. Options are multiple and diverse

On the side of referred options as reformed capitalisms, if we do not advance in dismantling at least the main engines for concentrating accumulation, it will be difficult for changes to be enough to assure them sustainability in time. There are huge abandonments and punishments of large majorities to repair; the planet is being attacked by blinded irresponsibility. Faced with that, our imperfect democracies act. If strengthened, they could compensate, though not eliminate, the most burdensome “collateral damages” inherent to capitalism even in its reformed variants. If we were not able to dismantle good part of concentrated power, democracies’ action would see their restorative capacity once again seriously diminished.

On the side of post-capitalist options, battles for establishing “the new” will act with its full potency. There will be referential utopias that are worth to adopt as new guides; good living in full democracies is a promissory one. However, authoritarianisms with welfare guises could emerge as well, which curtail our freedoms, grumble about mercy and respect for diversities, install some of the many repressive fundamentalisms that mark the history of humanity.

Despite the urgencies and threats placed by prevailing circumstances, indispensable to deal with, it is necessary to envision desired future to both call on and build strong social coalitions, as to provide us with a compass that orientates on the go the many and so diverse areas that require action.

Let us hope that we will not fear to advance towards new encouraging courses that care for humanity and the planet, with determination, equity, justice, and sustained in the union of majorities. We need to address this new phase of the endless process of clarification and organization of nations and peoples, transforming and transforming us in peace, respecting all. It is a challenge that borders the epic, a commitment that brings sense and meaning to life.