27 May 2021 – A blimp maker promised low-carbon flights by 2025, Tasmanian devils bred in mainland Australia for the first time in 3,000 years, and scientists invented the ‘holy grail’ of batteries, plus more positive news. 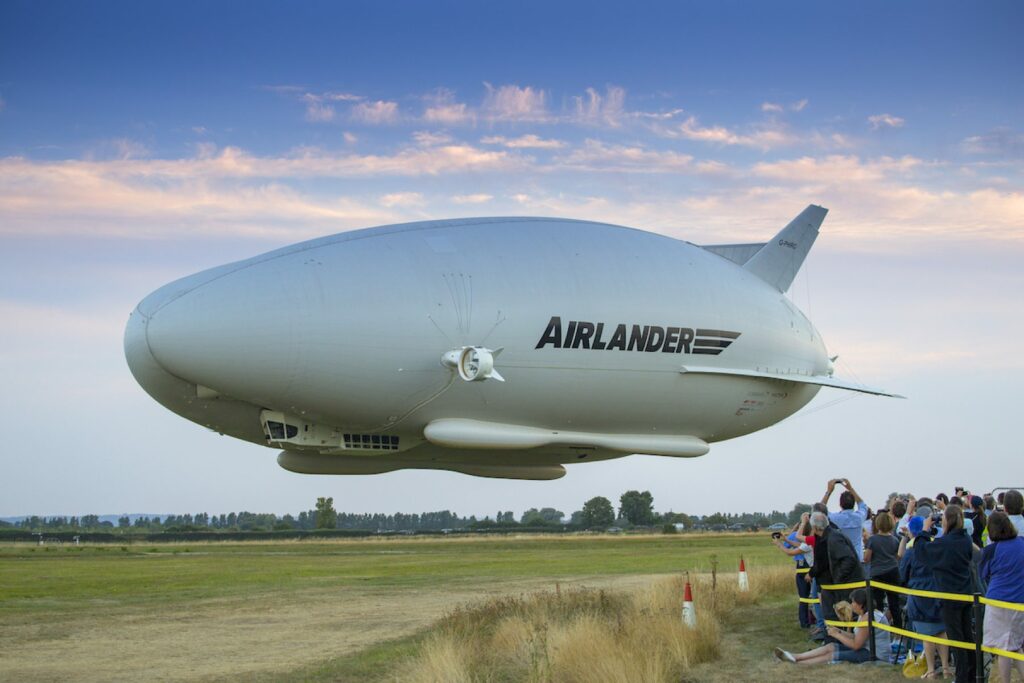 Carbon-neutral, short-haul air travel will be possible by the end of the decade, say those behind a project to put airships in the skies. Such a development could reduce emissions from aviation, a notoriously difficult sector to decarbonise.

UK-based Hybrid Air Vehicles (HAV) this week unveiled air routes that it hopes to offer from 2025. Those include Liverpool to Belfast, Barcelona to the Balearic Islands and Seattle to Vancouver.

The 100-seater airships would initially use both combustion and electric engines, providing a range of 460 miles. HAV told Positive News that the CO2 footprint per passenger would be about 75 per cent lower than on a plane. By 2030, the company aims to have an operational, zero-emissions all-electric fleet.

HAV’s Airlander 10 prototype has undergone six mostly successful test flights (one ended in a crash landing). The blimp is regulated to fly in the UK. HAV said it will have three aircraft ready by 2025 and build 12 per year from then.

Tasmanian devils made history in Australia

Tasmanian devils have been born in the wild in mainland Australia for the first time in 3,000 years. Seven baby devils were born at Barrington Wildlife Sanctuary in New South Wales this week.

The species mysteriously disappeared from the mainland 3,000 years ago and until recently was confined to the island of Tasmania, where numbers have been falling.

Last year, however, about 30 devils were reintroduced to New South Wales by the charity Aussie Ark. Its president Tim Faulkner described the births as “a very big milestone”.

The UK launched a trial to suck CO2 from the air

Stabilising the climate means rapidly slashing emissions. However, scientists say sucking historic emissions out of the air is also vital if we are to keep warming to internationally agreed levels.

A £30m project to do just that was announced in the UK this week. As part of the trial, scientists will test the most effective ways of drawing climate-heating carbon out of the air, including planting trees, re-wetting peatlands and spreading rock chips that absorb CO2 on farmland. It will be one of the world’s biggest carbon capture projects.

“Greenhouse gas removal is not only essential, it also has the potential to become big business,” said Prof Cameron Hepburn, from the University of Oxford, who is coordinating the trials. “As we rebuild societies and economies following Covid-19, we have an opportunity to orient ourselves towards the green jobs and industries of the future.”

The ‘holy grail’ of car batteries was invented

The inconvenient truth about electric cars is that they often don’t last as long as their smut-belching petrol and diesel equivalents. What’s more, it takes longer to charge a Tesla than it does to fill up a clapped-out Fiat.

But not for much longer, perhaps. Scientists at Harvard have developed what they describe as the ‘the holy grail’ of battery technology: a stable, lithium-metal, solid-state battery that can be charged and discharged 10,000 times, and fully charged within 10-20 minutes.

A project launched to highlight vital role of UK theatres

The UK’s theatres often operate on shoestring budgets, so being forced to close during the pandemic was a bitter blow to the sector. Some haven’t survived.

Banging the drum for those that did is Theatre Stories, a new campaign to raise awareness about the importance of theatres for local communities. It comes as the government consults on cutting funding for arts subjects in schools by 50 per cent.

“Media narratives about the importance of theatre are often led by celebrities,” said Theatre Stories founder Laura Horton, who wanted to help communities tell positive stories about theatres and share them in the press.

“Many theatre companies and buildings run incredible community outreach programmes. I want to shine a light on community voices, in the hope we can expand current narratives about the arts industry and who it exists for.”

Cash-strapped councils cough up thousands of pounds annually to have roadside verges trimmed, a job that makes them inhospitable to wildlife. The authors of a report out this week propose an obvious solution: stop mowing them.

The University of Exeter study revealed the potential for roadside verges to become important wildlife habitats. It found that grass verges account for 1,000 square miles of land in England, Scotland and Wales – roughly equivalent to an area the size of Dorset.

Those behind the study urged authorities to grow pollinator-friendly flowers instead of grass. Recently, Highways England announced that all new roads in England would be lined with wildflower meadows.

The report comes as people across the UK take part in the No Mow May challenge, a campaign to let gardens go wild.

The supreme court announced this week that it will offer paid internships to aspiring lawyers from underrepresented communities in a bid to boost diversity within the judiciary.

All 12 supreme court justices are white and just two are women.

“It is our intention that this programme will support the progression of underrepresented groups into the legal profession and ultimately into judicial roles,” said Vicky Fox, the chief executive of the UK supreme court.

Shell was ordered to slash emissions

A Dutch court has ordered Shell to slash emissions in a landmark case that could have implications for other big polluters. Campaigners described the verdict as “a monumental victory for our planet”.

By 2030, Shell must reduce emissions by 45 per cent compared to 2019 levels, a court in The Hague ruled on Wednesday. The corporation said that it expected to appeal against the decision.

It is believed to be the first time that a company has been legally obliged to align its policies with the Paris climate accord. Read the full Positive News story here.