Why Biden Is Right to Leave Afghanistan 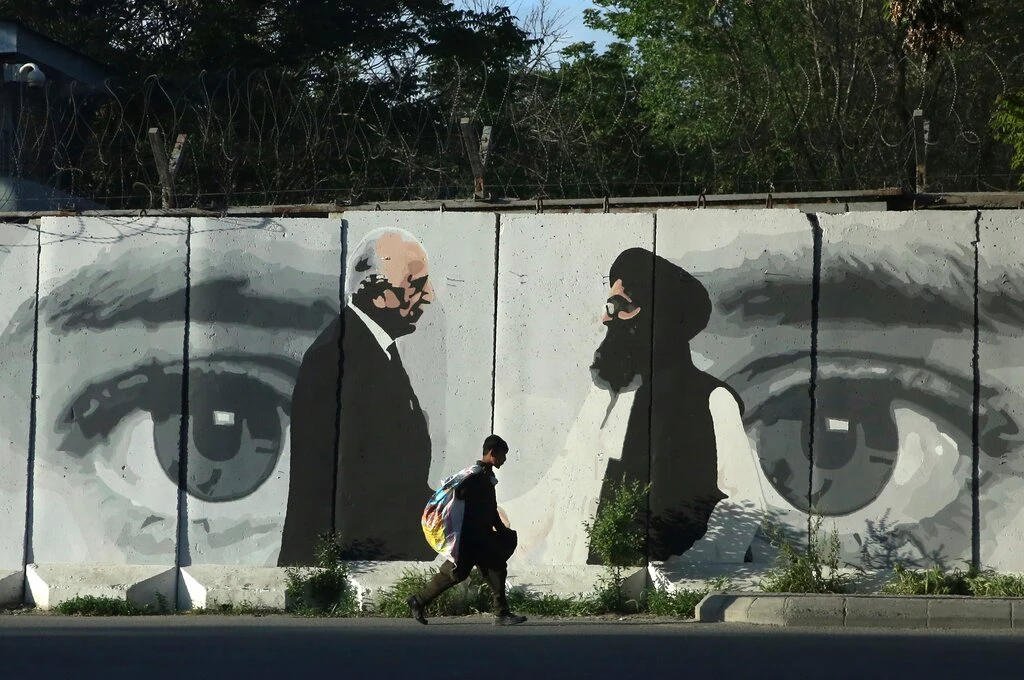 20 May 2021 – When Joe Biden assumed the presidency in January, he embarked on a mission to reverse a slew of policies put in place by former President Donald Trump while leaving untouched the elite foreign policy consensus. Mr. Biden issued 42 executive orders in his first 100 days — more than than any other president since Franklin D. Roosevelt — and has waged a methodical campaign against Mr. Trump’s agenda. With one major exception: Afghanistan.

Beginning with his campaign for the presidency, Mr. Trump railed against America’s forever wars and pledged to bring American troops home and to get out of Afghanistan. Despite his rhetoric, Mr. Trump vacillated between winding down some Obama-era lethal U.S. campaigns (in Pakistan and Libya) and expanding others (in Syria, Somalia and Yemen). He loosened the dubious Obama-era restrictions on killing civilians in airstrikes after suggesting, when he was a candidate, that the United States should kill the families of suspected terrorists. He also reauthorized the C.I.A. to conduct drone operations after Barack Obama’s administration shifted those powers to the Pentagon.

Nonetheless, Mr. Trump made a serious, if clumsy and contradictory, attempt in the latter half of his term to make good on his promise to end the Afghanistan war. His administration struck a deal with the Taliban, offering an American commitment to withdraw troops from Afghanistan by May 2021 for a Taliban promise not to allow the country to be used by transnational terrorists.

Congressional Democrats and a group of hawkish Republicans led by Representative Liz Cheney were intent on slow-walking the execution of the plan and sought to deny funding for U.S. troop reductions in Afghanistan. There are also indications that some Pentagon and intelligence officials tried to stymie the plan, perhaps hoping that Mr. Biden would scrap the deal and Mr. Trump’s timeline for withdrawal.

Mr. Biden announced that while he did not agree with all of the particulars of Mr. Trump’s plan and timeline, he would move forward with them. “It is perhaps not what I would have negotiated myself, but it was an agreement made by the United States government, and that means something,” Mr. Biden said.

His decision was a bold one. There are powerful voices among Washington insiders, including the former secretaries of state Hillary Clinton and Condoleezza Rice, pushing for him to reverse course. A recent report from the congressionally commissioned Afghanistan Study Group also advised Mr. Biden against withdrawing U.S. troops. As Responsible Statecraft first reported, two of the group’s co-chairs and a majority of its 12 other members have current or recent financial ties to defense contractors that profit from the proliferation of American wars.

The Afghan government, aid organizations, corporations and other entities with an ongoing presence in Afghanistan rely on contractors for everything from logistics to security. In the post-9/11 wars, the number of contractors on the ground has consistently dwarfed that of uniformed military personnel. Mr. Biden may be officially ending the U.S. military’s official involvement, but it is still unknown how many of these private sector forces will follow suit or continue in the gray zones that have riddled the landscape of America’s forever wars.

Even as the Pentagon says that it will withdraw its contractors, there are signs that the privatized aspects of the war may continue. The private security company Triple Canopy is hiring armed guards to operate at several sites in Afghanistan beyond the Sept. 11, 2021, withdrawal date announced by Mr. Biden. Its parent company, Constellis, also owns Academi, the most recent name for Blackwater, the notorious mercenary firm founded by Erik Prince.

Mr. Biden has made clear he is reserving the option to go back into Afghanistan if he determines it is in America’s interest. The Pentagon, which refers to the withdrawal as a “strategic retrograde,” said it intends to continue “over the horizon” operations in Afghanistan as the conventional withdrawal moves forward. In plain terms, this can mean anything from drone strikes and targeted counterterrorism missions to logistical support of Afghan military forces. In recent weeks, senior U.S. military commanders spoke of plans to keep Special Operations strike forces in the region to conduct find-fix-and-finish operations in Afghanistan against the Islamic State, Al Qaeda and the Taliban if they create problems and threaten U.S. interests and to redeploy if ordered.

In the early 1980s, Mr. Biden supported opening the spigot for American aid to Pakistan to combat the Soviet invasion of Afghanistan. It was this conflict that helped incubate the rise of the Taliban and, to an extent, Al Qaeda. After the Sept. 11 attacks, Mr. Biden was a passionate supporter of the 2001 invasion of Afghanistan. “Was ever a war more justified than us going into Afghanistan?” he said in 2006. “I can’t think of any war since World War II more justified.”

But as vice president in 2009, Mr. Biden argued against a large-scale surge in U.S. troops in Afghanistan. He wanted the United States to move away from a nation-building enterprise and to use C.I.A., Special Operations forces and drones to conduct targeted operations.

He argued that such actions were more in line with the 2001 Authorization for the Use of Military Force than an occupation. That measure, which was passed by Congress days after the 9/11 attacks, was intended to support the targeting of the perpetrators of the attacks. It has since been stretched by successive administrations to justify military actions outside declared war zones.

In the end, Mr. Obama did both: He surged conventional military forces in Afghanistan and expanded the use of Special Operations teams, C.I.A. activities and drone strikes. And large numbers of Afghan civilians were killed in U.S. operations during his two terms in office.

The current Afghanistan plan, as Mr. Biden has publicly described it, is similar to what he advocated in 2009, albeit with U.S. strike forces being positioned elsewhere in the region rather than inside Afghanistan. In addition to the considerable maritime options of the United States, the Pentagon is reportedly looking at bases in Tajikistan, Kazakhstan and Uzbekistan to host U.S. forces.

In a way, Mr. Biden’s plan is an indictment of the Afghanistan policies of the Obama White House and raises a bigger question: What was the point of continuing the occupation all these years?

The Taliban control large swaths of territory in Afghanistan, and as vice president, Mr. Biden argued during the internal White House debate over surging troops in 2009 that the only sustainable solution in Afghanistan will require recognizing the Taliban as an indigenous political force. In a 2009 handwritten memo for Mr. Obama, Mr. Biden assessed the Taliban as not “an existential threat to the United States of America” and said that “it was against their interest” to welcome Al Qaeda back to Afghanistan.

Once the United States pulls out its conventional military forces, hawkish figures in the American security and foreign policy establishment will use every subsequent incident of Taliban violence to argue that withdrawal was a mistake. In his speech announcing the withdrawal, Mr. Biden seemed to understand this dynamic, and he offered a pre-emptory argument: “We cannot continue the cycle of extending or expanding our military presence in Afghanistan, hoping to create ideal conditions for the withdrawal, and expecting a different result.”

For now, Mr. Biden deserves credit for continuing the course set by his deeply flawed predecessor and making the case to his supporters that the war must end. He must remain steadfast and end America’s longest war.

Jeremy Scahill is an investigative journalist at The Intercept and the author, most recently, of “Dirty Wars: The World Is a Battlefield.” He is working on “Empire Politician,” a project examining a half-century of President Biden’s positions on militarism.