28 Jun 2021 – The contempt that the current president shows towards the indigenous people is notorious. He considers them sub-people and on December 1, 2018 he stated quite clearly: “our project for the Indio is to make them equal to us”. And he advanced further: “there is not going to be a centimeter demarcated for indigenous reserve or for quilombolas”.

The most perverse thing was not to approve the Proposal of Constitutional Amendment (PEC) that should bring them drinking water, the basic inputs against the Covid-19. It is a purpose of death. Days ago, in this month of June, in a peaceful demonstration of several ethnic groups, they were received in Brasilia with repression, rubber bullets and tear gas. There is a total abandonment of them, to the point that 163 villages of different ethnicities have been contaminated and there have been 1,070 deaths.

A connoisseur of the history of the Amazon, Evaristo Miranda, whose title is a revelation: Cuando el Amazonas corría hacia el Pacífico, (Vozes 2007) tells us: “one thing is certain: the oldest and most permanent human presence in Brazil is in the Amazon. Some 400 generations ago diverse human groups occupied, disputed, explored and transformed the Amazonian territories and their food resources” (op.cit.p.47). They developed a great management of the forest, respecting its uniqueness, while modifying its habitat to stimulate those plants useful for human use. The indigenous and the forest evolved together in a profound reciprocity.

It is also relevant to note that in the interior of the jungle, with its hundreds of ethnic groups, an immense space (almost an empire) of the Tupi-Guarani tribe was formed from 1100, before the arrival of the Portuguese invaders. It occupied territories ranging from the Andean foothills, forming the Amazon River, to the basins of the Paraguay and Paraná rivers, some of them reaching as far as the Gaucho pampas and the Brazilian northeast. “In this way,” states Miranda, “practically all of jungle Brazil was conquered by Tupi-Guarani peoples” (op.cit.92-93).

In pre-Cabralian Brazil there were about 1,400 tribes, 60% of them in the Amazonian part. They spoke languages of 40 trunks subdivided into 94 different families, which led anthropologist Berta Ribeiro to affirm “that nowhere on Earth has a linguistic variety similar to that observed in tropical South America been found” (Amazônia urgente, 1990 p.75). Today, unfortunately, given the decimation of indigenous peoples perpetrated in the course of history and recently by garimpeiros, miners, extractivists (mostly illegal), there are only 274 languages left. This means that more than a thousand languages have been lost (85%) and with them ancestral knowledge, worldviews and unique communications. It has been an irreparable impoverishment for the cultural heritage of humanity.

Among the many tragedies that led to the disappearance of entire ethnic groups, it is worth remembering one that few know about. Don Juan VI, admired by some, in a royal letter of May 13, 1808, ordered an official war against the Krenak Indians of the Rio Dulce Valley, in the states of Minas and Espírito Santo. To the military commanders he ordered “an offensive war that will have no end but when you have the happiness of lording it over their habitations and making them feel the superiority of my weapons… until the total reduction of a similar and atrocious anthropophagous race” (L.Boff, O casamento do céu com a terra, 2014, p.140).

Why do we remember all this? So that we realize that these exterminating actions continue even today, and we must resist, criticize and fight the criminal policies of the current government, genocidal of indigenous people and of the Brazilian people itself, which has left more than 510 thousand people to die.

The main perpetrators and their accomplices will hardly escape facing the International Tribunal for Crimes against Humanity in The Hague. The outcry is not only Brazilian but international. For such crimes there is no time limit. Wherever they are and at whatever time, they will not escape their severity, zealous, as they have proven to be, of the sacred dignity of the human being.

These native peoples are our masters and doctors when it comes to the relationship with nature of which they feel part and great caretakers. Now that with Covid-19 we are perplexed and lost, not knowing how to move forward, we must consult them. As an indigenous leader, survivor of the criminal war of Don Juan VI, Ailton Krenak, says, they will help us to avert or postpone the end of the world

If we follow the path of destruction of our common home, exploiting it limitlessly and without any scruple, that destiny could be the tragedy of the human species. But we have the hope that made the indigenous people survive to this day. We also hope to survive, transformed by the lessons that Mother Earth has been giving us. 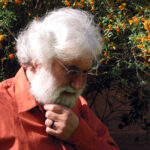