Let’s Get Serious about Climate Change 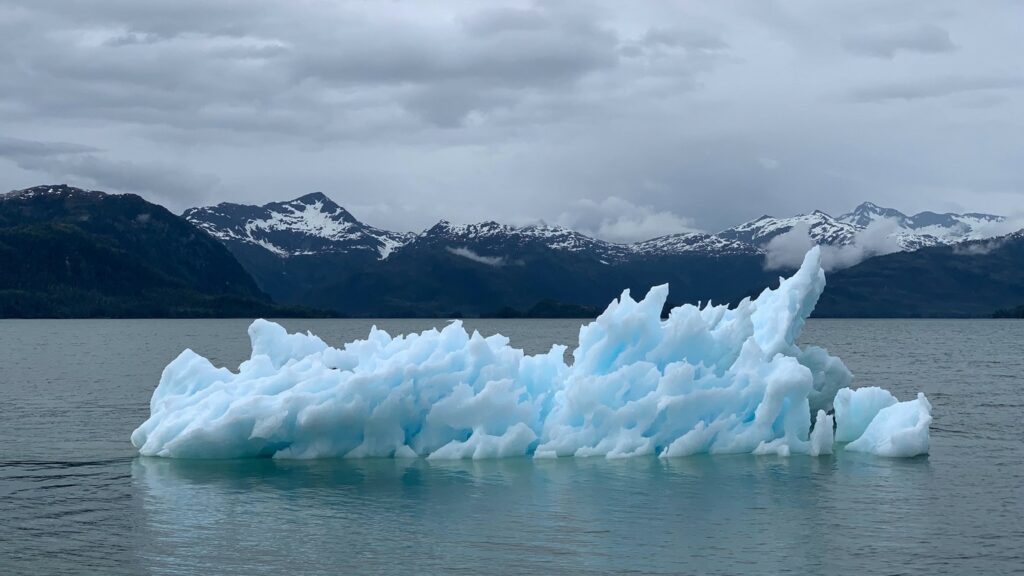 Climate change is a global phenomenon.

10 Jul 2021 – William D. Nordhaus’s recent book The Spirit of Green is highly recommended because he addresses the subject of environmental economics from a great variety of social, psychological, historical, international, political, and economic aspects. Nordhaus writes for a broad audience interested in the green movement, non-economists, environmentalists and presents the position of different schools of economics from the “deep” green, the free market, and climate change skeptics. His years of work in environmental economics, culminating in the Noble Prize in 2018, give the reader a treasure of his knowledge and realism. It should be required reading1.

Climate change is a global phenomenon requiring a planetary response. At the international level, Nordhaus describes the weakness and historical failures of voluntary agreements. They are weak because they are voluntary and do not resolve the problem of free riders. With voluntary agreements, there is no penalty for being behind in commitments, and there is an advantage in letting the others do more for the laggard. “So global climate-change policies are hampered by two dimensions of free-riding: the first is that countries want to rely on the efforts of other countries; the second is that the present generation is tempted to defer action for future generations to pay the bills. This double free-riding is further aggravated by interest groups that muddy the water by providing misleading analyses of climate science and economic costs”2.

Historically, voluntary agreements have not fared well: the Kyoto Protocol was eventually completely abandoned, and the realization of nationally determined contributions (NDC) of the Paris Agreement of 2015 are lagging. By 2030, annual emissions need to be “15 Gt CO2e (range: 12–19 Gt CO2e) lower than current unconditional NDCs imply for a 2°C goal, and 32 Gt CO2e (range: 29–36 Gt CO2e) lower for the 1.5°C goal. Collectively, current policies fall short 3 Gt CO2e of meeting the level associated with full implementation of the unconditional NDCs”. Only nine of the G20 members are on track to achieve their 2030 NDCs3.

An alternative that Nordhaus proposes is a climate compact or club to protect the climate. “A climate compact is an agreement by participating countries to undertake harmonized emissions reductions, but nations would be penalized if they did not meet their obligations. The compact proposed here centers on an international target carbon price that is the focal provision of the agreement. For example, countries might agree that each country will implement policies that produce a minimum domestic carbon price of $40 per ton of CO2. One important feature of the climate compact is that it organizes policies around a target carbon price rather than emissions reductions (as with the Paris Accord and the Kyoto Protocol). One reason for focusing on prices rather than quantities is the structure of the costs and benefits”4. As Nordhaus explains, concentrating on prices is a more straightforward approach.

The voluntary agreements may be the most that we can politically achieve now, but Nordhaus would argue that they should be transformed into a more effective system of a climate compact. One wonders if this discussion is possible in the upcoming COP 26.

A market failure occurs when large and prolonged externalities are not internalized into the system. This is certainly the case of the pollution and climate costs of fossil fuels. The correct price of carbon emission is estimated to be $40 per ton of carbon, taking pollution and climate change into consideration. By the way, the premature deaths due to this air pollution are now estimated to be eight million per year5. That is roughly double all the coronavirus deaths to date but repeated each year. The World Bank reports that the average world price of carbon is about $2/ton. It is not surprising that Nordhaus and many other economists insist on the proper price of carbon. One can imagine with all the investments needed for energy efficiency, about one-half of the global total for high mitigation scenarios, we would greatly underinvest and at much lower rates of return unless we use the correct price. One method could involve the introduction of a tax on the amount of carbon emissions. The government income from the tax would be used to reduce individual taxes, thus minimizing the impact on personal income but keeping the higher carbon prices that would reduce this demand to the proper level.

This is the case in British Colombia, where the local government has returned the tax revenues to households and businesses through tax credits for low-income families and small firms. A one-time dividend was also given to every B.C. resident, a highly progressive measure. In the last several decades, there has been increasing experimentation and introduction of carbon taxes, particularly in Europe with Denmark, Finland, Norway, Sweden starting in the early 1990s, followed later by Switzerland, Ireland, and Portugal. As of 2018, 27 countries and subnational areas had enacted these taxes, and the initial results are becoming available. In British Colombia, CO2 emissions fell five to eight percent. In the United States, there is no carbon tax. A recent study by the Department of Treasury estimated a possible reduction of 21 percent over ten years if a $49/ton tax was introduced in 20196.

Nordhaus does not affront the issue of economic growth in the case of countries meeting high levels of investments in mitigation because, I assume, he thinks these are rather unlikely in the present situation. He does comment on the possible high mitigation costs, thus implicitly confirming that such a policy would impact growth in the medium term. However, this is likely to be dynamic as there will be long-term benefits to mitigation and adaptation. He also agrees with others that climate damage is accumulative and growing non-linearly. Environmental economists modeling the mitigation costs have found constraints to growth even in an energy-efficient country like Italy7.

A related concern of mine is that the cost of sustaining our economic capital is growing. As Nicholas Georgescu-Roegen warned, entropy is always increasing also in our economic processes. For example, the ore grades for most industrial metals are declining. In the case of copper, researchers conclude that “the economic and environmental impacts associated with increased production rates and declining ore grades (particularly those relating to energy consumption, water consumption and greenhouse gas emissions) will present barriers to the continued expansion of the industry”8. The energy and water costs are increasing along with the local damage to the environment. This may be the case for other basic resources such as freshwater.

To get serious about climate change, we should introduce the correct price of carbon emissions and move towards a form of international climate compact. Why is there such a lack of progress in these key areas?

There are various behavioral and economic reasons, such as ignoring life cycle costs, emphasizing initial outlay, or using too high discount rates (short-termism). Correcting externalities also is costly. There is always the trade-off between benefits to the decision-maker and broader societal goals (the possibility of a free-rider). In addition, Big Oil in the U.S. has had excessive economic and political power, for example, through super PACs9. Some activities such as scientific research have positive externalities and are substantially underfinanced.

Nordhaus observes that “a central concept in analyzing impacts is whether a system can be managed. The nonagricultural sectors of high-income countries are highly managed, and this feature will allow these sectors to adapt to climate change at a relatively low cost for at least a few decades”10. Just the opposite is true for low-income and tropical regions, such as tropical Africa, Latin America, coastal communities, and the Indian subcontinent. They will suffer greatly.

We are at the point of not doing what is most necessary and of being divided between rich and developing nations in terms of medium-term impacts. The current policies with so many pledges for zero-emissions may even be presented and perceived as a success.

We are on the path to irreversible climate change and in danger of triggering one or more of “the nine tipping points, some of them interconnected:

“We must admit that we have underestimated the risks of unleashing irreversible changes, where the planet self amplifies global warming,” said Johan Rockstrom, director of the Potsdam Institute for Climate Impact Research and a co-author of the commentary. This is what we now start seeing, already at one-degree Celsius global warming.” University of Michigan climate researcher Jonathan Overpeck commented, “the Western U.S. may already be seeing a forest dieback tipping point. Much of our western forest cover is either dying or burning, leading to irreversible changes in vegetation that, in turn, impact water supplies and natural carbon storage”12.

This May, “Scientists reported that a significant part of the Greenland ice sheet was on the brink of a tipping point. A 2019 analysis led by Prof Tim Lenton at the University of Exeter suggested the world may already have crossed a series of climate tipping points, resulting in what the researchers called an existential threat to civilization “13.

Will our science observing economic and political elites refuse to go down the risky path of irreversible climate change? Will they get serious?

William Mebane, son of a petroleum geologist born and raised in Texas, is an energy economist who worked in the oil industry and subsequently helped introduce energy efficiency in Italy and the European Union, through legislation, appliance labeling, training, and incentive programs. He has degrees from the University of Texas and Harvard Business School.