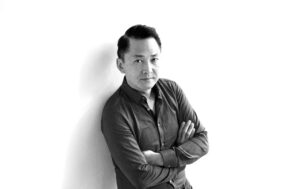 Jul 12-19 Issue – On April 21, the Pulitzer Prize–winning novelist Viet Thanh Nguyen sat for an extended Zoom chat with The Nation as part of the magazine’s biweekly Conversations series. Born in Vietnam and raised in the United States, where his family were resettled as refugees, Nguyen has become an essential literary voice—at once an eloquent champion of the displaced and a trenchant critic of empire.

His conversation with The Nation, titled “Challenging Colonialism in Literature,” has been lightly edited for length.

KvH: Could you talk about the importance of understanding the history of anti-Asian violence and anti-Asian racism in this country?

VTN: We have to remember that anti-Asian violence in this country has been systemic—it’s not just been directed at individuals. So we think about things like the incarceration of Japanese Americans—that was an act of anti-Asian violence. We think about the murder of six Sikh Americans in 2012 at a gurdwara in Oak Creek, Wis. There have been specific incidents of anti-Asian violence that have been seared in the Asian American memory—things like the murder of Vincent Chin in 1982 in Detroit by two autoworkers who mistook a Chinese American for a Japanese person and were taking out their frustration and their rage at Japanese economic competition on this person.

In this era of Covid-19, part of the American imagination has been stimulated in the wrong way by people saying that Covid is the “China virus” and the “kung flu,” which reawakens this deep well of both anti-Asian feeling and xenophobia, and feelings that are very specifically directed at the Chinese. But, of course, people who are racist can’t really tell the difference between one Asian person and another, so all Asian Americans suffer as a result of this rising tide of anti-Chinese feeling as well.

KvH: You wrote something very interesting the other day: “Bipartisan political rhetoric about Asia leads to anti-Asian violence here.” Could you say a little more?

VTN: I think that the process of demonizing others overseas and other countries is completely tied to the demonization of people domestically—which is why, for example, a war that we’re engaged in overseas, or even things that we don’t call “wars” but just “conflicts,” inevitably rebound on people within this country that are assumed to appear like or look like those people that we’re targeting overseas. Which is why, after 9/11, people who looked Muslim, who looked brown, who looked like they were somehow associated with the Middle East themselves became targets of racist violence in the United States. When we talk about anti-Asian violence in general, I think one of the things that we have to acknowledge is that the greatest acts of anti-Asian violence that this country has committed have been through wars.

Even with a Democratic administration in place under Obama and now Biden, who are obviously at least verbally committed to anti-racism and multiculturalism, if we as a country still insist on saying China is the No. 1 enemy geopolitically, economically, militarily, and so on, it’s going to have consequences for Chinese Americans and anybody who looks Chinese or East Asian. I think it’s impossible to use this kind of rhetoric, considering our racist history as a country, without having racist consequences domestically.

KvH: You use the term “refugee.” Might you tell us your own story?

VTN: I’m teaching a class on the Vietnam War. I have my students interview survivors, both Americans and Southeast Asians from Vietnam, Laos, and Cambodia. One of the things they find out is that, of the American soldiers who were there during the Vietnam War era, some of them saw horrible things and were in combat, and a lot of them didn’t; they were serving as clerks and the like. Now, every single Vietnamese, Cambodian, Laotian person they interview, soldier or civilian, has a horrifying story, and that involves being a refugee. Anybody who is a refugee in this country has been through something horrifying or at least terrible in order to escape wherever they came from and get to this country.

I say this because I don’t want to advertise my own story, when among Vietnamese refugees we all have these stories, and for us it’s completely normal.

So that’s my preface for what I’m about to tell you, which is that I was 4 years old when South Vietnam fell to the communists, and my family was on the losing side, and we had a very traumatic escape story from Vietnam, which included leaving behind my adopted sister, who my parents would not see again for 20 years and who I wouldn’t see for 30 years—and that’s one of the human consequences of a war like that. We fled, along with 130,000 other Vietnamese people who were very lucky to make our way out of the country. I arrived in the United States at 4 years old at a refugee camp in Fort Indiantown Gap, Penn. This is where my memories begin.

What happened is that, in order to leave one of these refugee camps, [most Vietnamese people] had to have an American sponsor. No sponsor was willing to take my entire family, so my parents went to one sponsor, my 10-year-old brother went to another, and 4-year-old me went to a third. That’s where my memories begin, howling and screaming as I was taken away from my parents. It was being done for our own good, because my parents needed to have time to get on their own feet. But when you’re 4 years old, you don’t really understand that. So I felt that as abandonment.

It wasn’t totally negative. I mean, it gave me the necessary emotional damage that a writer requires, and I spent my life trying to normalize things. But what it really meant is that I, like many other refugees, simply tried to forget about the past, tried to get on with our lives, and I see all over the emotional damage and trauma that resulted from that experience. Which is why I know—because I was only away from my parents for a few months, even though it felt like years to a 4-year-old—that when we have people coming in at our southern border, families are being divided much more traumatically, and children are being lost, and separations are going on for many, many months and years, that these children and their parents are going to be forever scarred by this experience.

KvH: You were a student of the great Chinese American writer Maxine Hong Kingston.

VTN: I was 19 years old at Berkeley when I got into her creative writing seminar­—a nonfiction seminar—which I didn’t realize was such a huge privilege at the time. And I went into her class, and I fell asleep every single day in a 14-person class.

Maxine has been very kind and has said, “I don’t remember that—that you fell asleep in my class every single day.” But she wrote everybody a letter at the end of the seminar, and I have a letter where she says, “Hey, I notice that you’ve been falling asleep every single day in my seminar. You should make use of Cal’s excellent counseling services, because you seem really alienated.” And, of course, my response at the time was, “I’m not alienated—I’m just tired.” And in fact, I think she understood what was happening with me, which was that I was writing about stuff in her seminar that was so difficult for me that I immediately forgot that I wrote about it. I mean, literally—I found her letter to me, and then I found what I had written in that seminar, which was about my mother and the traumatic effects of war and mental illness and everything, and I repressed that I wrote about that. Just as I’ve repressed for a long time being 4 years old and taken away from my parents.

When we talk about what Maxine writes about, in terms of Chinese American history and what happened to Chinese Americans, and when I talk about the Vietnam War, what we’re saying is not only that we, as writers, need to uncover these histories and these emotions, but the country as a whole needs to do the same thing—because countries, just like individuals, repress the things that are difficult and that are contradictory to their own self-image. We’re all obligated to be aware of when that happens, and how we have to try to make our nation confront what it doesn’t want to remember.

Audience member: Do you see anything that gives you hope?

VTN: I think there’s reason for skepticism about the future. I do have hope, though, because I think that political struggle always involves low points and high points. The ratcheting-up of political tension and conflict and division in the country is depressing, but at the same time, for me at least, it’s allowed for a sharper understanding of where these conflicts and divisions come from. In some ways, saying that the problems that this country faces are due to originary histories of colonization and enslavement, and anti-Blackness, and the dispossession of Native peoples, and exploitation of Asian labor, and these anti-Asian wars happening overseas… To be able to say that, it’s liberating in that it gives me a sense that now I know what it is that I need to do, what I’m up against, and what kinds of solidarities that I need to help build—that we all need to help build.

Katrina vanden Heuvel is editorial director and publisher of The Nation. She served as editor of the magazine from 1995 to 2019.