Why We Should Change How We Talk about Nonhuman Animals

6 Jul 2021 – Happy has to be one of the most ironic names for an Asian elephant whose living conditions have prompted groundbreaking legal action on her behalf. Her advocates are certain that she is not happy at all and are seeking to free her from her current confines.

Happy was born in the wild but was captured as a calf in the early 1970s. She ended up at the Bronx Zoo in New York City a few years later, where she’s been ever since. 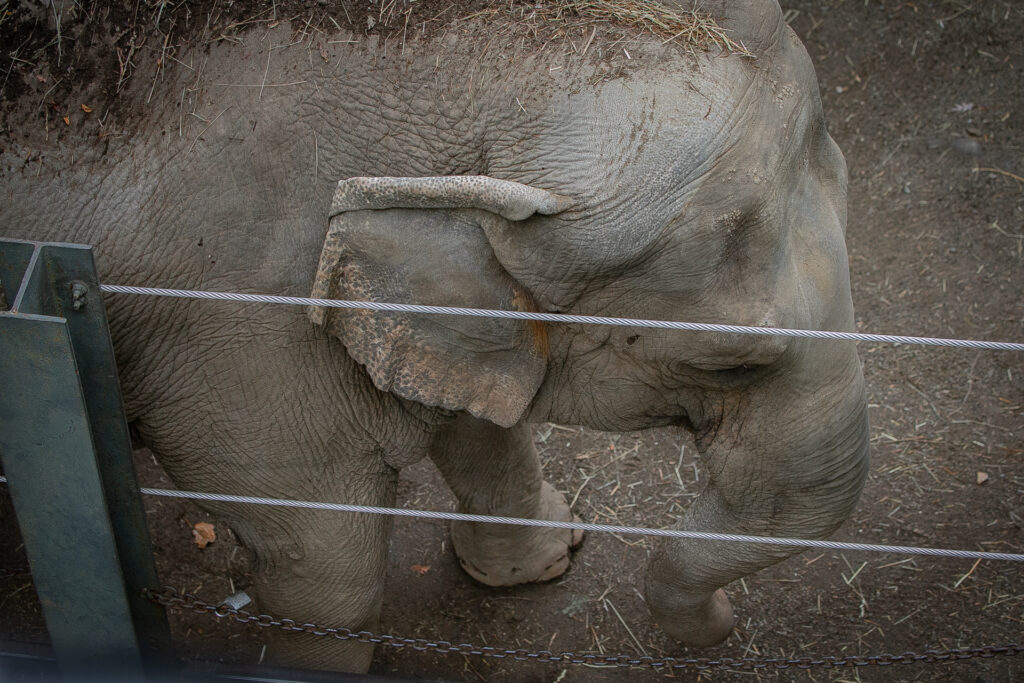 Given what we know about how physically and psychologically detrimental captivity is for elephants and how vastly different their lives are in the wild, it’s virtually impossible to draw the conclusion that Happy is content at all after enduring decades of confinement that include years of isolation.

We also know that she’s a sentient being, which means she is self-aware—in 2006 she became the first elephant ever documented to pass the “mirror self-recognition test”—and she’s the first elephant to be considered in court for legal personhood under a writ of habeas corpus.

Her lawyers at the Nonhuman Rights Project argue that Happy possesses such complex cognitive, emotional and social abilities and deserves fundamental rights to “bodily liberty” and “bodily integrity”—something we are automatically granted just by virtue of being born human.

If successful, her liberation would be a landmark step toward breaking down the legal wall that separates humans from nonhuman animals. Yet nonhuman animals still remain behind a wall of our speciesist perception, which also desperately needs to change.

Nonhuman animals value their own lives, have their own interests and experience a range of emotions similar to our own that run the gamut from joy and fear to pain, anger, sadness, stress and grief; they have their own cultures and dialects; they play, work cooperatively and use tools; they remember and plan for the future; they love, form long-lasting bonds and show empathy. The conclusion that they have rich emotional lives isn’t mere anthropomorphism; it’s backed up by research in multiple fields, including cognitive ethology, evolutionary biology and neuroscience.

Despite our growing knowledge about nonhuman animals, instead of appreciating them for their uniqueness, beauty and complexity, we’ve focused mostly on what utilitarian purposes they can serve.

Even as we advance technologically, human behavior becomes increasingly objectionable. We raise and kill a staggering number of land and aquatic animals every year for food in an inherently and systemically abusive system.

We confine nonhuman animals to prisons that are zoos and aquariums, force them to entertain us, and use them as test subjects in biomedical research, much of which is senseless, or aimed at treating chronic diseases that are a result of human consumption of animal products.

In the wild, species are disappearing at staggering rates. Scientists have warned that we’re facing a sixth mass extinction. Wild animals continue to be taken by traffickers to be killed for parts or sold in the exotic pet trade. They’re killed simply for fun, including by government agencies under the guise of “management,” while their habitats are being polluted, fragmented and destroyed by humans in the name of development. 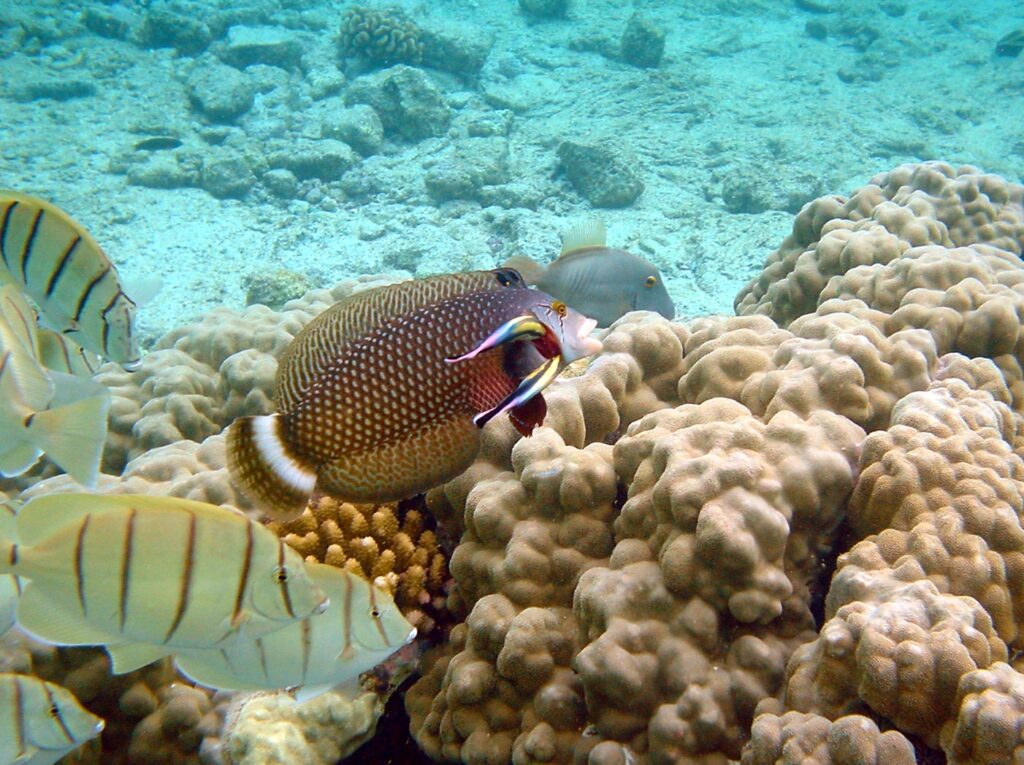 Human disregard of the natural world and the species with whom we share it led to a global pandemic that has had a devastating impact around the world, which, worryingly, likely won’t be the last we see of deadly zoonotic diseases—even as we continue to face a very real climate crisis.

Much of the way humans treat nonhuman animals, both legal and illegal, happens behind closed doors and out of sight. It’s in the best interest of industries that exploit them for profit to keep it that way. While there is increasing awareness about the plight of nonhuman animals, far too much of the information we’re regularly exposed to about them, particularly in the media, doesn’t give a “voice to the voiceless.”

Instead, it both subtly and overtly reinforces speciesist views, especially by misrepresenting nonhuman animals and their lived experiences by referring to them as if they were inanimate objects, as it, that and which.

This misrepresentation perpetuates their objectification and fails to show humans exactly who these animals really are, and how they suffer from widespread institutionalized oppression and systemic injustices on a daily basis. This must change to reflect their existences as conscious beings—a nonhuman animal is a who, not a that. A someone, not a something.

The way we use words is indicative of how we relate to the world around us; our words represent our thoughts about others, convey the value we place on other lives and actively shape the course of our relationships and actions. Calling someone it distances us from them, rather than acknowledging our relationship with them. Dismissing someone as an it communicates a thoughtless reference, as if the it in question has no rightful place in this life or is somehow separate from our own existence; that they are less than and we are superior.

Our choice of words builds a framework that can encourage healing or cause harm. This is also visible during interactions between people where there is a lack of acknowledgment, which can prove to be devastating. 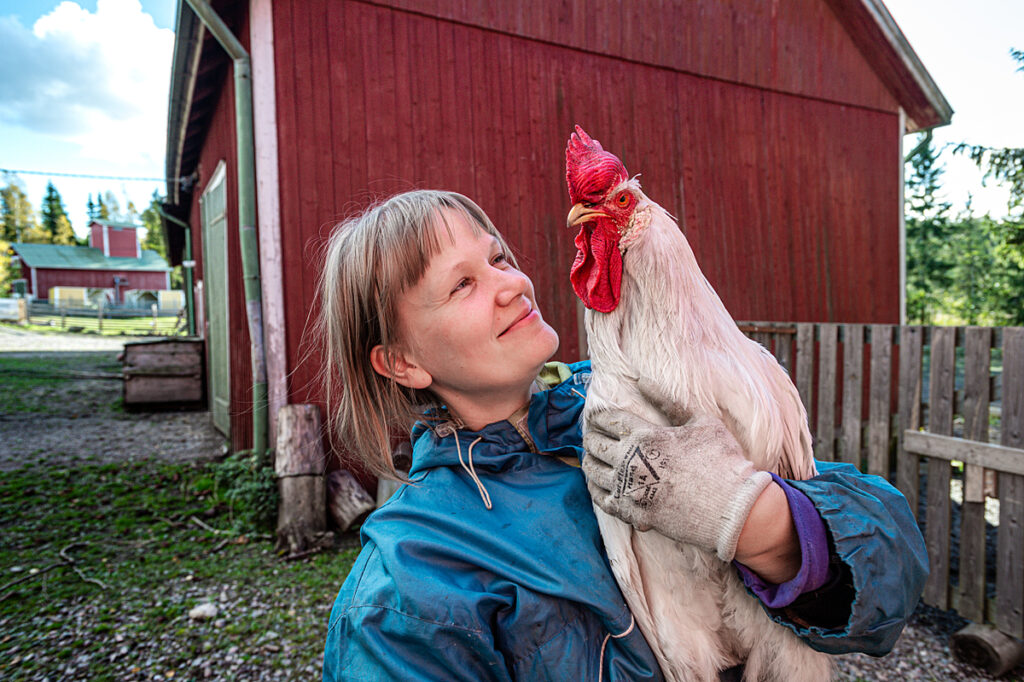 Piia Anttonen is the Director of Tuulispää Animal Sanctuary in Finland, an organization that cares for and provides a home for many different kinds of animals.

Using proper personal pronouns for nonhuman animals, or the gender-neutral they when we are unsure of their sex, would reflect the fact that they, like us, are sentient beings.

More than 80 leaders in animal advocacy and conservation have joined In Defense of Animals and Animals and Media in calling for this to be the standard recommendation in the Associated Press Stylebook to encourage dialogue about how to respect and protect nonhuman animals and their rights and interests, which would help shape a more equitable world.

If not for our hubris and denial of what it means to be an elephant, Happy could have lived her life in the wild among a multi-generational matriarchal herd, where she would have shared lifelong bonds with her mother, family members and others of her kind and enjoyed the simple act of making decisions about her life.

Instead, she is confined and alone, and while her case is being appealed, she can’t do anything about it but quietly wait day after monotonous day, either for us to acknowledge her reality and send her to an accredited sanctuary, or to simply die where she is. 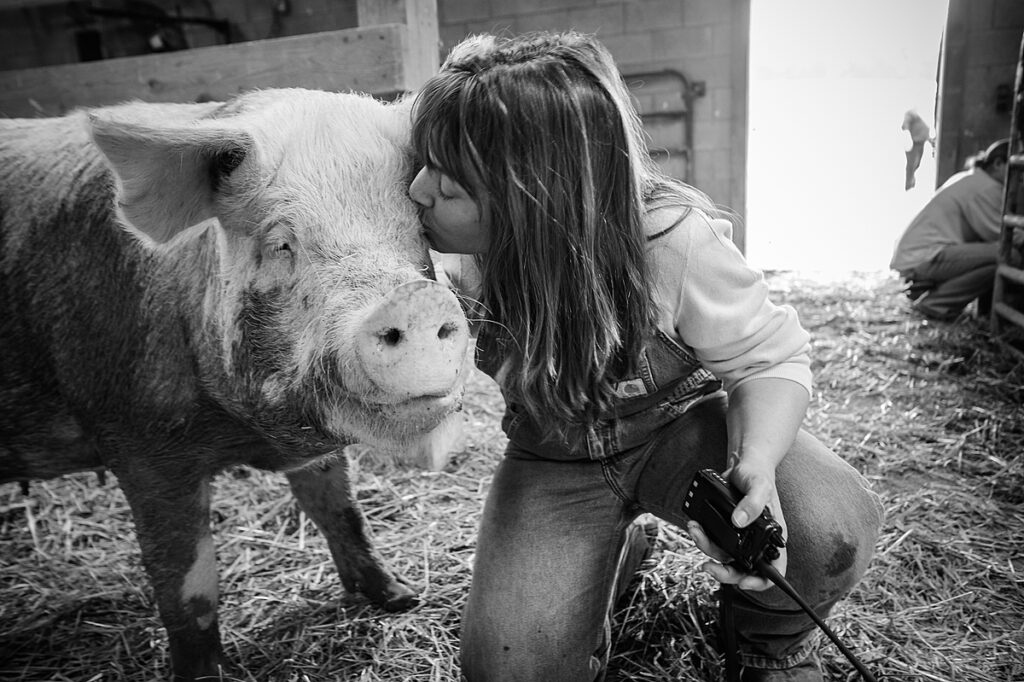 Farm Sanctuary was co-founded by Gene Baur and Lorri Houston in 1986 when they rescued Hilda, their first sheep. Farm Sanctuary was the first sanctuary of its kind, focusing wholly on rescuing and advocating for animals farmed for food. Learn more at https://www.farmsanctuary.org.

While she is physically isolated, she is not alone in that billions of other nonhuman animals are waiting for us to see them too; to understand them; to overcome speciesist prejudices we hold; to end their oppression; to stop considering them renewable resources; to save their homes; to stop justifying our consumption of their bodies; to stop owning them as property; to stop using them as test subjects; to stop referring to them as things, and to acknowledge they, too, are conscious beings who have a rightful place in this world.

We are past the point of needing scientific evidence that animals are conscious beings, and it is time to update the way we talk and write about them to recognize this fact and to acknowledge that as humans, we exist as part of a whole on this Earth, not separate from it. We share this planet with a mind-blowing array of incredible, awe-inspiring, sentient nonhuman animals whose lives matter to them and who each deserve the dignity and respect of us acknowledging that and referring to them as who, not that.

Debra Merskin, PhD, is a professor of media studies in the School of Journalism and Communication at the University of Oregon and is a co-founder of Animals and Media. Her expertise is in the re-presentation of animals in media and popular culture.

Carrie P. Freeman, PhD, is an associate professor of communication at Georgia State University and is a co-founder of Animals and Media. She publishes and teaches on media ethics, activist communication, environmental communication and critical animal studies.

Alicia Graef of In Defense of Animals is a lifelong animal lover and freelance writer with a BS in animal and veterinary science. She has covered issues relating to animals for more than a decade.

Anticopyright: Editorials and articles originated on TMS may be freely reprinted, disseminated, translated and used as background material, provided an acknowledgement and link to the source, TMS: Why We Should Change How We Talk about Nonhuman Animals, is included. Thank you.