Hiroshima-Nagasaki: The Story They Want Us to Forget 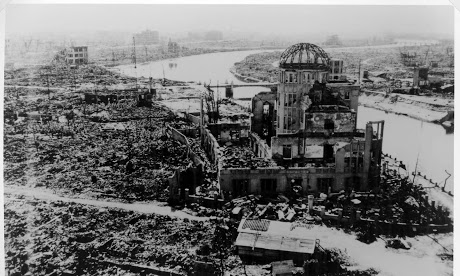 5 Aug 2021 – The world’s first nuclear explosion occurred on July 16, 1945, when a plutonium implosion device was tested at a site located 210 miles south of Los Alamos, New Mexico, on the barren plains of the Alamogordo Bombing Range, known as the Jornada del Muerto (day of the dead).

Official figures of those killed by the atomic bombs is well over 150,000 from the two cities. More than 100,000 were injured with most likely dying. Then over the years many thousands have died from the initial radiation poisoning.

Trip to Hiroshima and Nagasaki

On a trip to Japan for memorial events at Hiroshima and Nagasaki in 1984 I met many Hibakusha (survivors of the US bombing attacks in 1945). One told the story that after the bomb was dropped the US military would not initially allow medical personnel to come tend the injured. Instead US radiological teams came in to study the effects of the bombing on the people. Arms and legs were cut off and taken back to the US. Photos were taken. Skin samples and blood were taken. The Japanese people were lab rats for the Americans to study.

When I returned home to Orlando, Florida where I was working for the Florida Coalition for Peace & Justice I decided that I had to share this story with the larger community. The Orlando Sentinel newspaper had a regular column called ‘My Word’ so I sent in a piece about what the Hibakusha told me. The paper refused to print it saying that I could not prove what I had written.

We’ve been dealing with this same kind of censorship ever since. 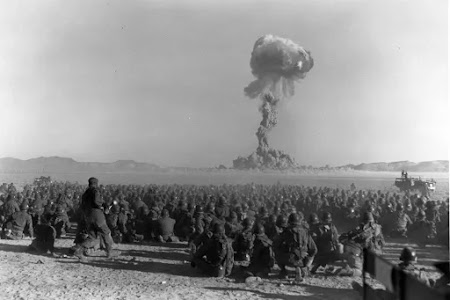 In 1997, while still working for the Florida Coalition, we were organizing a campaign to stop NASA’s launch of 72 pounds of deadly plutonium-238 to be used for on-board heat and power on a deep space mission called Cassini. Prior to the launch we were holding a rally at Cape Canaveral (now called Cape Canaveral Space Force Station) and before we began an older man walked up to me and asked to speak. I asked him what he wanted to say.

He said that when the first a-bomb was exploded at Alamogordo in 1945 he was just a new recruit in the Army. He was a paratrooper. His unit was put on a transport plane and dropped into the mushroom cloud. The troopers were then medically tested and put on a train for a long trip around the country. While on the train every now and then it would stop and the GI’s would be medically tested again.

He said it wasn’t until years later he learned that at each stop was a Department of Energy (DoE) nuclear lab that helped work on the bomb program. The GI’s were tested for time, space, longitude, latitude and other key variables. This man told me he was dying of cancer. His daughter had cancer. He was the only member of his unit that chuted into the toxic bomb cloud still alive.

Needless to say I invited him to speak and listened closely as he warned us never to trust NASA safety claims when they launch nuclear devices into space. 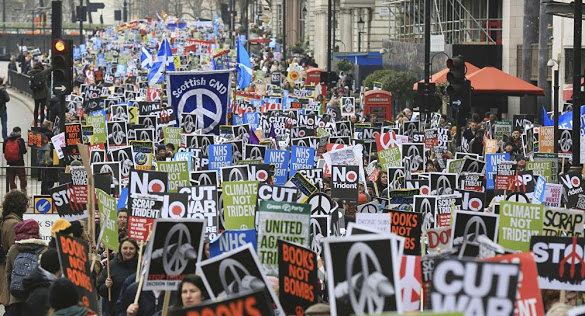 This is a history Washington wants us to forget

I recently heard Vladimir Putin say that some number of young people in Japan these days think it was Russia that dropped the atomic bombs on Hiroshima and Nagasaki. This mis-education is being done to turn the Japanese people into an uncritical US ally as the US-NATO make their aggressive military moves on China and Russia.

What kind of nation would do these terrible things?

One Response to “Hiroshima-Nagasaki: The Story They Want Us to Forget”