We Failed Afghanistan, Not the Other Way Around

MSNBC rails against the “fantastically corrupt elite” on the ground that ruined the Afghan mission, but the real corruption was our own. 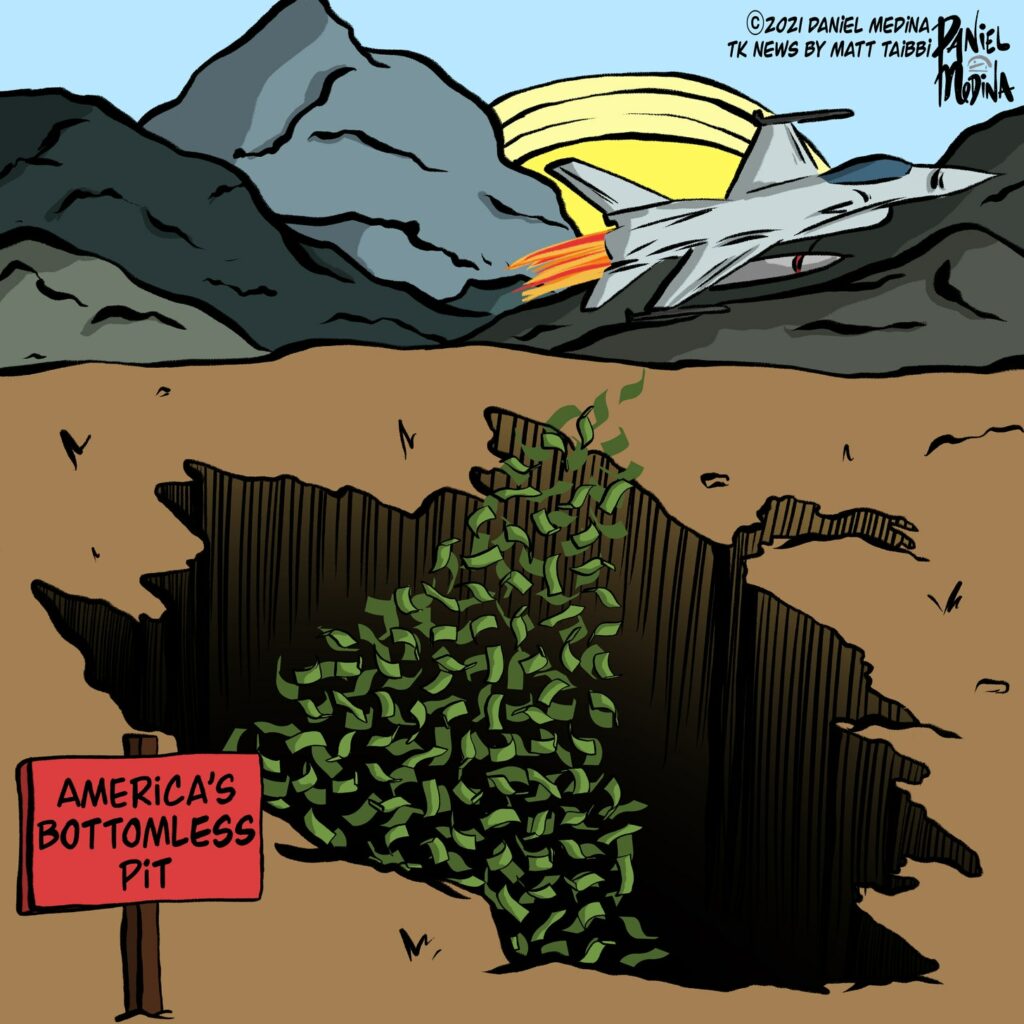 19 Aug 2021 – On MSNBC the other night, Rachel Maddow told a story about visiting Afghanistan a decade ago. She described being taken on a tour of a new neighborhood in Kabul of “narco-palaces,” what she called, “big garish, gigantic, rococo, strange-looking places” that hadn’t existed before the Americans arrived. This was said to be symbolic of the “fantastically corrupt elites” among the Afghan political class who put themselves into position to siphon off big chunks of the “billions of dollars per month” we sent into the country.

"Part of the reason even that scale of investment over 20 years didn't materially change more … is because so much of what we put into Afghanistan was shoveled off and diverted by the boatload by a fantastically corrupt elite," @Maddow says. https://t.co/m2SWhMy7FJ

Noting that, “the U.S. effort and expenditure in that country did build some stuff, roads and waterways and schools,” Maddow decried the fact that “so much of what we put in by the boatload was shoveled off by a fantastically corrupt elite.” She showed video of Taliban conquerors lounging around in the tackily furnished homes of former Afghan officials in Kabul, pointing out that, “dictator chic is the same the world over.” In a not-so-subtle dig at Donald Trump, she added, “And they really like gold fixtures.”

From Vietnam to Iraq to Afghanistan, the pattern of American officials showering questionable political allies abroad with armfuls of cash is a long-established practice. However, the idea that this is the reason the “missions” fail in such places is just a continuation of the original propaganda lines that get us into these messes. It’s a way of saying the subject populations are to blame for undermining our noble efforts, when the missions themselves are often preposterous and, moreover, the lion’s share of the looting is usually done by our own marauding contracting community.

It’s bad enough that Maddow/MSNBC played a big part in delaying the withdrawal last year with hype of the bogus Bountygate story, which gave one last (false) dying breath to the war rationale. This latest criticism of theirs ignores the massive amounts of corruption that were endemic to the American side of the mission. Contractors made fortunes monstrously overcharging the taxpayer for everything from private security, to dysfunctional or unnecessary construction projects, to social programs that either had no chance for success, or for which metrics for measuring success didn’t exist.

The Special Inspector General for Afghan Reconstruction (SIGAR) some years ago identified “$15.5 billion of waste, fraud, and abuse… in our published reports and closed investigations between SIGAR’s inception in 2008 and December 31, 2017,” and added an additional $3.4 billion in a subsequent review. All told, “SIGAR reviewed approximately $63 billion and concluded that a total of approximately $19 billion or 30 percent of the amount reviewed was lost to waste, fraud, and abuse.”

Thirty percent! If the overall cost of the war was, as reported, $2 trillion (about $300 million per day for 20 years), a crude back of the envelope calculation for the amount lost to fraud during the entire period might be $600 billion, an awesome sum. It could even be worse than that. SIGAR for instance also looked at a $7.8 billion sum spent on buildings and vehicles from 2008 on, and reported that of that, only $343.2 million worth “were maintained in good condition.” They added that just $1.2 billion of the original expenditure was used as intended. By that metric, the majority of the monies spent in Afghanistan might simply have gone up in smoke in bogus or ineffectual contracting schemes.

Worse, many enormous expenses that wouldn’t have been described by inspectors as outright fraud or waste were dubious anyway. As detailed earlier in this space in an interview with former Captain Adrian Bonenberger, the military spent an astonishing $50 billion just on one failed program, the Mine-Resistant Ambush-Protected vehicle, or MRAP. They spent nearly a million dollars per vehicle and scrapped 2,000 of them just six years after introducing them into the field in Afghanistan. How many stories like this were there?

A major delusion of American war efforts anywhere in the world is that the missions are undertaken for the reasons given: to hold the line against communism, to build democracy and arrest poverty in places like Iraq or Afghanistan, or eliminate security havens for antagonists like al-Qaeda. Our presence may begin under the auspices of such excuses, but what happens almost every time is that the missions assume bureaucratic lives of their own, and contracting becomes an end in itself. This was a major revelation of The Afghanistan Papers expose in the Washington Post, which contained the following passage:

One unidentified contractor told government interviewers he was expected to dole out $3 million daily for projects in a single Afghan district roughly the size of a U.S. county. He once asked a visiting congressman whether the lawmaker could responsibly spend that kind of money back home: “He said hell no. ‘Well, sir, that’s what you just obligated us to spend and I’m doing it for communities that live in mud huts with no windows.’ ”

All of the locales for our foreign adventures become boondoggles in large part because they’re so many levels removed from anything like oversight. The entire Pentagon is not audited, and could not pass an audit if there were ever to be one, which means the $700 billion military budget is already an unguarded trough for contractors like Lockheed Martin and General Dynamics. Overseas theaters are simply more inaccessible plunder zones within that already impenetrable black box of over-spending, for missions whose justifications are often so inscrutable that the public has a hard time immediately converting knowledge about waste or fraud into outrage.

How would the public have looked at practices like bringing billions of dollars in cash on pallets to pay bribes, or multi-million-dollar construction projects to nowhere, or millions spent on hired guns for phantom deliveries or security exercises, during the Battle of the Bulge? Much differently than it did for the endless war in Afghanistan, which on some level every American understood was a massive welfare program for contractors.

That’s corruption on a level so deep that we can’t even speak of it ruining the chances for a successful mission, since spending was the mission, and we succeeded at it on a grand scale. Given that reality, pointing the finger anywhere but at ourselves for failure in a place like Afghanistan is absurd, and just continues the practice of lying to ourselves about the motives underlying our military misadventures, which keep ending the same way, and not by accident.