What the West Must Learn from China 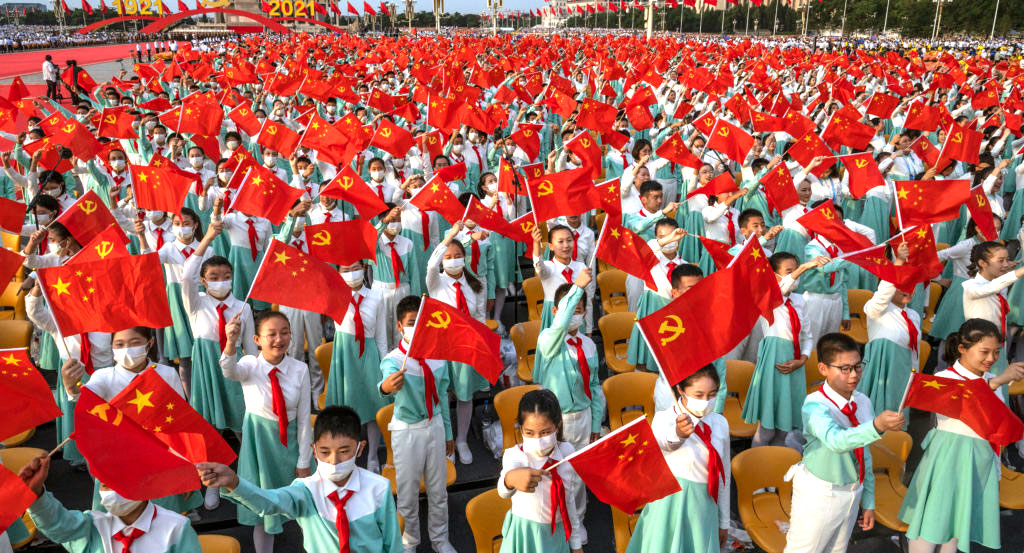 10 Aug 2021 – The Chinese government has made an existential choice: rather than surviving by betting on the markets, it is going to produce stuff instead. It wants a nation full of engineers, not financial engineers; computer chips, rather than chocolate chips; innovation over financial experimentation. Beijing also wants an education system that actually educates, rather than creating a cottage industry of “progressive” credentialism that engenders a self-perpetuating upper class, rich both in terms of capital and diplomas but provides little in the way of genuine scholarship.

Needless to say, this is not the conventional reading of China’s recent attacks on fin-tech, internet monopolies and private education companies. Take Stephen Roach, former chief economist at Morgan Stanley, who recently decried Beijing’s actions “as a tipping point for the economy”. He goes on to lament the heavy-handed use of regulation “to strangle the business models and financing capacity of the economy’s most dynamic sector”.

As the proverbial expression goes, you can take the boy out of Morgan Stanley, but you can’t take Morgan Stanley out of the boy. Roach still retains a Wall Street-centric bias in a country — the United States — where the stock market remains the ultimate arbiter of the American experience. Indeed, if one were to assess America’s “entrepreneurial spirit” via stock market metrics, then that would suggest that US has been stunningly successful. As economist David Goldman has noted, “in 2010, the five biggest tech companies accounted for just 11% of the market capitalisation of the S&P 500”. Today, however, “ten companies in the S&P 500 hold two-fifths of all the cash balances of index members, and all but one is a tech giant… The top three cash holders in the S&P — Microsoft, Apple, and Google — hold a fifth of all the cash held by index companies”.

But as Goldman observes, these companies’ profits have increasingly been the product of oligopolistic rents, rather than product innovation: “Apple is so cash-rich that it has bought back $327 billion of its stock since 2012. That explains why its stock price has risen by 82% in the past six years even though its operating income has barely changed.”

Far from deploying cash toward productive R&D investment, Apple’s behaviour provides a case study of precisely the kind of situation that Beijing is seeking to avoid: companies deploying cashflow toward stock buybacks, rather than investing in stateside facilities to enhance the nation’s productive investment and employment capabilities.

How many times do we find ourselves in an elevator, in an airplane terminal or at home, looking at a screen with stock numbers whizzing by, and people fretting over whether America is about to disintegrate because of a 5% swing in Apple’s share price? How did we get to point where our national economic conversation is dominated by chatter on the stock gyrations of GameStop, when this just an economic irrelevance for most of the 330 million people who live in America, and are struggling to sustain a modicum of economic security?

We ban the use of Chinese 5G equipment in US networks, but few ponder the question as to why there are no longer any American telecom equipment companies. After all, in the 1970s the two largest telecom equipment manufacturers were US companies: Western Electric and ITT. With this story of increasing manufacturing irrelevance as our backdrop, is it really fair to suggest that China is on the road to economic perdition because its government decries the “spiritual opium” of computer games?

A harsh charge, especially when one considers China’s own tragic history pertaining to opium addiction. Yet it seems there is some moral force to the Government’s argument which pressured China’s largest gaming company, Tencent, to announce new restrictions to limit gaming time for children under 12 to just one hour a day and two hours a day during holidays.

Here in the United States, we lost our way decades ago, when we decided that the only social responsibility of a corporation was to increase its profits, community considerations and employees be damned. This laid the groundwork for economist Milton Friedman’s “stockholder theory”: the idea that shareholders, being the owners and the main risk-bearing participants, ought therefore to receive the biggest rewards.

But while tying corporate decision-making and stock price to innovation and production may have sounded superficially attractive, the champions of this theory, including Friedman himself, never bothered to show how these outcomes could be achieved in the real world. In fact, the historical experience has been abysmal.

Boeing and GE, to cite two prominent examples, were once poster boys for the success of American capitalism. Today they are but a shell of their former glory. With its Max 8 737 plane, and the 787 Dreamliner, Boeing has become synonymous with airplane crashes and shoddy engineering, whilst GE, once a byword for thriving manufacturing and innovation, suffered the indignity of being yet another target of Harry Markopolos, the accounting expert who first raised red flags about Bernie Madoff’s Ponzi scheme.

Both managements are now focused on financial engineering rather than manufacturing, much of which has been sold off, or outsourced to China. In doing so, they reflect an ethos that prioritises finance above all else in an economy increasingly characterised the layering of debt on top of debt. It means a greater share of GDP going to the financial system, going to interest rather than profit, and away from a goods-producing economy.

Beijing has been paying attention as it increasingly bets on real innovation, and targets various companies as strate­gic components within a broader industrial ecosystem to promote national development. True, the Government has fought to protect and promote its own companies within this sector. But what has been caricatured in the West as governments incompetently picking winners and losers has in fact created world-class companies such as Huawei.

At the same time, American “free market” solutions have resulted in a hollowing out of companies that were once world-class innovators, and a corresponding degradation of economic know-how and social capital as highly skilled jobs have been outsourced.

This is the context in which we should understand Beijing’s recent crackdowns. What Stephen Roach and others characterise as Beijing’s politically motivated attacks on big tech behemoths such as Jack Ma’s Alibaba, could more accurately been seen reining in Ma’s attempt to convert his company into bank, all the while seeking to circumvent increased banking regulation. In other words, regulatory arbitrage.

Likewise, China’s State Administration for Market Regulation has been criticised for its fines on Alibaba Group, Tencent, and SF Holdings. But a closer look at the situations shows that these firms were singled out for what China’s chief regulator called “monopolistic corporate behaviour”, and the fines were levied “to protect consumer interests”. That sounds like the sort of thing that we are used to in the US, before our tech behemoths — Apple, Google, Facebook, Microsoft — gobbled up smaller competitors and began stifling competition and actively suppressing competitive innovation. These days, Beijing appears to believe in market competition more than we do.

Similarly, the crackdown on private education companies should be seen as an attempt to curb a credential arms race as we have in the US. Attacks on cramming factories such as TAL Education Group and Gaotu Group are not an attack on education, but a deterrent to the need to furnish students with worthless diplomas while businesses lament a skills deficit.

It’s not as though Beijing’s authorities are saying mathematics is Western and needs to be replaced with Han math or Confucian physics — which would be the real equivalent of what we are currently doing in many of our universities, where the extremes of progressive ideology mean that medical school professors are forced apologise for referring to a patient’s biological sex on the grounds that “acknowledging biological sex can be considered transphobic”.

In America, among the biggest beneficiaries of the current economic system are not entrepreneurs or innovators, but parasites who owe their wealth to rigged markets or government subsidies. But they are merely a symptom of the bigger problem: a newfound scepticism in the ability of American capitalism to deliver on its economic promise of prosperity.

That is precisely the kind of thing that China is seeking to avoid. Stock market investors may be unhappy, but far from destroying consumer confidence, the measures now being undertaken by Beijing might have precisely the opposite effect.

As Chinese fund manager Yuan Yuwei has argued, “housing, medical and education costs were the ‘three big mountains’ suffocating Chinese families and crowding out their consumption”. Yuan went on to describe these measures as “the most forceful reform I’ve seen over many years, and the most populist one. It benefits the masses at the cost of the richest and the elite groups.”

Unlike America’s Federal Reserve, whose increasing tolerance and support of financial bubbles continues to engender profound systemic fragility in the American economy, Beijing is prioritising social cohesion above the narrow interests of financial rentiers. If only American policymakers had demonstrated such foresight in decades past.

Marshall Auerback is a market commentator and a research associate for the Levy Institute at Bard College.