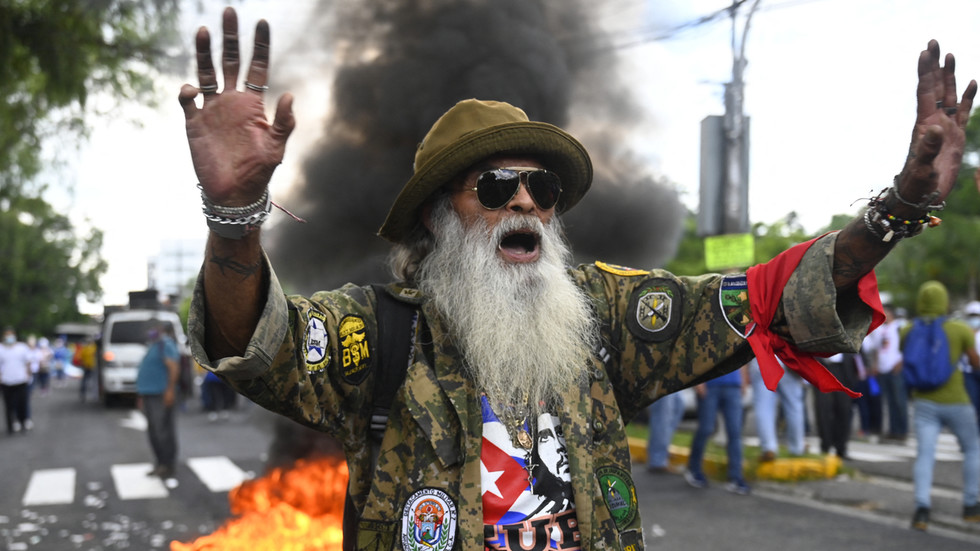 8 Sep 2021 – El Salvador’s right-wing government has adopted the cryptocurrency bitcoin as mass protests filled the streets, with many concerned about having to rely on the highly volatile digital asset for their income.

This week, the Central American country became the first sovereign country in the world to adopt bitcoin as legal tender, rolling out a specially designed app called Chivo to assist in transactions. Cryptocurrency advocates, financial institutions and academics around the world will undoubtedly be paying attention to how this plays out – and for good reason.

President Nayib Bukele, a so-called right-wing “populist,” has argued that the adoption of bitcoin will help the country avoid costly fees from remittances from abroad, which totals nearly a quarter of the country’s GDP.  This is significant for a country as impoverished as El Salvador, especially considering San Salvador is on pace to need another loan from the International Monetary Fund (IMF) soon.

According to the legislation,

“The purpose of this law is to regulate bitcoin as unrestricted legal tender with liberating power, unlimited in any transaction, and to any title that public or private natural or legal persons require carrying out,” also including that the exchange rate “will be freely established by the market.”

Sounds great on paper, but the obvious rebuttal to these libertarian platitudes and cost-saving arguments is that bitcoin is a highly volatile digital currency. On Tuesday, the day it was adopted in the country, prices slumped 17% – which was an immediate shock to the system and gave leverage to critics.

Analysts are struggling to understand what happened, but at least one possible explanation could be that the sell-off was triggered by the fact that it was such a newsworthy event. Crypto traders often time their sales on days when they anticipate prices might surge, which is pretty logical.

In any case, having a swing in your recognized legal tender so significant that analysts struggle to understand why it happened is not good for financial stability, which is something the debt-smothered country desperately needs.

Aside from the argument about cost, El Salvador is riddled with criminal activity which means the mainstream adoption of bitcoin would only embolden organized crime. The already dangerous country could function as a regional or even international hub for drug gangs, human traffickers and so on, to launder money. The implications for this span well outside El Salvador’s borders and should not be discounted.

Also with this idea of liberty, since El Salvador uses the US dollar, many have argued that adopting bitcoin is a step toward sovereignty for the Central American state. However, I don’t find this particularly effective, since one of the major selling points of this policy by the government is that the cryptocurrency is “instantly transferable” to dollars.

Plus, is leaving your currency to the graces of Elon Musk’s Twitter feed or niche Subreddits actually preferable to the Federal Reserve? I never thought I’d say this, but probably not.

In my mind, the most important point against the adoption of bitcoin is that the majority of Salvadorans are opposed to it. A recent poll by the Central American University (UCA) actually found that around 80% of Salvadorans have little or no confidence in bitcoin.

There are a litany of reasons, but mainly that workers don’t want their wages denominated in a highly volatile currency and a lot of people don’t have smartphones or data plans. Many people also just don’t know enough about cryptocurrency to trust bitcoin – and that’s reasonable since, even if you understand it, there’s plenty of reasons to distrust it.

Why is El Salvador on course to be one of the fastest-growing economies in the world? Keiser Report explains

The law adopting bitcoin was passed within hours and without consultation from labor unions or the private sector. It was not an exercise of liberty or democracy but rather a law imposed on people by the Salvadoran government. People may choose to opt-out of using the cryptocurrency, but its recognition as a legal tender has widespread consequences that they cannot avoid.

President Bukele may think that bitcoin might be the silver bullet to shore up public finances and spur an economic miracle, but this is unfathomably idealistic – and Salvadorans don’t buy it either. Instead, it may only lead to more public distrust of the government, and bitcoin-level political instability.

This move by the Bukele government will likely be a grave warning for other countries watching in anticipation as El Salvador launches this hopelessly ambitious experiment.

Bradley Blankenship is a Prague-based American journalist, columnist and political commentator. He has a syndicated column at CGTN and is a freelance reporter for international news agencies including Xinhua News Agency.