For the US, India Is Little More Than a Pawn to Be Deployed against China – Not a Nation to Be Respected on Its Own Terms 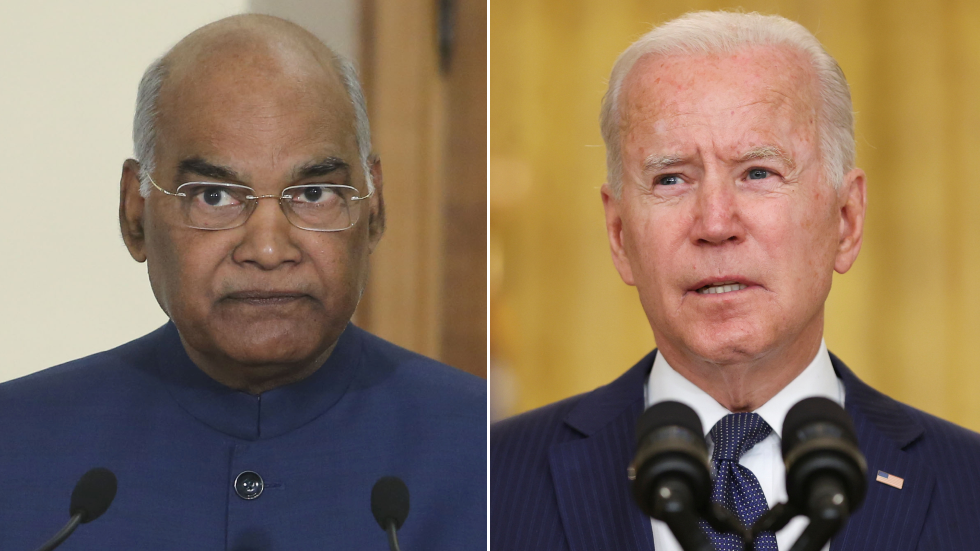 31 Aug 2021 – The US is desperate to recruit allies in its hybrid war against China, and highly covets New Delhi – which has its own issues with Beijing – as a useful partner. So why is Washington so unhelpful and discourteous to its ally?

It is often said that the US has no permanent allies – only permanent interests. Allies come and allies go, but US national interest (i.e. global hegemony) remains paramount. All relationships are transactional – an ally is only as good as the geopolitical benefits they bring. The US regime makes friends and enemies based on strategic concerns alone, and with little concern for morality.

US diplomats are trained to rely on a combination of cold, hard, strategic calculations and ruthless deal-making. While all nations have elements of realism in their geopolitical calculus, few can bring themselves to abandon morality and ethics on the scale that the US does. While other nations may be guided at least partially by human values – say, whether their decisions will lead to civilian deaths – US leaders are unconcerned by such trivialities. US bureaucrats are determined to get the job done and serve US hegemony – no matter the number of murdered children or destroyed cities they leave in their wake.

In essence, the foreign policy of the US regime – and indeed, that of most western regimes from Britain to Nazi Germany – is merely a reflection of western values: institutionalized racism, a willingness to commit military aggression and even genocide to achieve goals, an unbridled nihilism disguised as vacuous optimism, a constant mistrust of others, an inability to appreciate differences, and a civilizational affinity for hypocrisy and deception.

Thus, it is not surprising that few nations violate international law more than the US. Even less surprising is that few nations lecture other nations on violating international law more than the US – the nation that violates them the most, often even violating its own laws. The regime has little respect for the rules-based international order – it has been breaking its promises and treaties for centuries. As Henry Kissinger, one of America’s most murderous Secretaries of State, whose wit was outmatched only by his sadism, once put it: “The illegal we do immediately, the unconstitutional takes a little longer.”

For the US regime, allies are dispensable – it can always buy new friends. Thus, Saddam Hussein was once a close ally, until one day he wasn’t, and the US decided to kill him. And then there is the case of the Taliban, a murderous group once heavily financed and supported by the US itself, that ironically defeated the US in its invasion of Afghanistan. In the 80s, the US funded the Afghan Mujahideen against the Soviets, propping up leaders like Osama Bin Laden, providing them with generous amounts of weapons, money and training. Then, in one of the most amusing U-turns and blowbacks in modern history, these same “terrorist” groups turned around to bite the hand that fed them, killing around 3,000 Americans in an attack on US soil on September 11, 2001, as revenge for decades of US wars and bombings and genocidal sanctions in their countries that killed millions.

Modern India at 75: Looking back at its history, British colonization & imperialism, and independence

For a nation that literally exists because Europeans were desperate to find a sea route to the richest country in the world at the time, the average American knows little about India – apart from the occasional yoga reference or jokes about the Kama Sutra. One similarity between the average white American and Christopher Columbus – apart from the fact that both benefited from genocide and slavery – is the inability to find India on a map.

Even US policymakers harbor little respect for India. In Washington’s policy-making circles, Indophobic hate and caricatures are common. Nixon proclaimed that India needed a “mass famine,” while Kissinger declared that Indians were “bastards.” Yet, that was the 1970s, at the height of the Cold War. Today, the US sees India as a nation with three main uses:

The relationship between India and the US today is far warmer than during the Nixon era. China has brought the two countries closer than ever before – regardless of the hateful attitudes US bureaucrats no doubt harbor even today, like their predecessors. Racist hatred often takes a backseat to geopolitical realities.

The enemy of my enemy

In 2020, a bitter dispute broke out between India and China over their undemarcated border. A brawl ensued between the two militaries – which led to casualties on both sides.

America pounced. It wasted no time trying to exploit the fresh differences between India and China for its own anti-Beijing agenda. US officials publicly linked China’s actions on the Indian border with its “aggression” in the South China Sea, seeking to portray a pattern of Chinese belligerence (while itself hosting 800 military bases around the globe). US leader Donald Trump even offered to mediate between the two – a highly resistible offer that both nations sensibly refused.

Yet, India enjoyed the attention America showered on it. The “Quad” – an anti-China grouping consisting of the US, Japan, Australia, and India – was revived. India had been its most reluctant member until then, but now agreed to take it further. India had become America’s new trophy wife.

Yet, old habits die hard. The desire to prop up India as a hedge against China pushed back against supremacist American attitudes. Hegemons do not usually learn to respect other nations this quickly.

Take the recent Covid-19 pandemic, for example. When India was desperately in need of vaccines and medical equipment during its devastating second wave, the US regime – despite hoarding a surplus of vaccines, and despite having accepted assistance from India in its own time of need – refused to help. It would rather let vaccines expire than send them abroad – even to an ally whose friendship it so highly flaunts.

Eventually, after receiving much criticism from its own politicians and pundits, it finally acquiesced. That the regime helped a highly coveted partner only after a massive outcry shows how much importance it really gives to India. The delayed about-turn was merely a belated attempt to salvage its reputation, not some genuine desire to help an ally.

Another recent incident exposed America’s true colors further still. The US regime frequently orders its navy to conduct “Freedom of Navigation” (FONOPs) operations in the South China Sea, the geopolitical equivalent of gorilla-style chest thumping to prove its superiority over China. America says the operations are consistent with “international law.” Surprisingly, the US navy recently did the same to India, intruding into its Exclusive Economic Zone (EEZ) without permission. The US regime’s 7th Fleet openly snubbed India, boasting that it “asserted navigational rights and freedoms…inside India’s exclusive economic zone, without requesting India’s prior consent…” The statement even called India’s maritime claims “excessive.”

This language was similar to what the US regime uses towards China. This implicit equivalence between India and China shocked many, as it came on the heels of the regime seeking a closer relationship with New Delhi to counter the rising power.

If the US is so callous towards India, other western nations are not far behind. The EU recently refused to recognize the Indian manufactured version of the AstraZeneca/Oxford vaccine (known as “Covishield”) in its ‘Green pass’ vaccine certification scheme, which allows travel into the region without mandatory quarantine. This is despite the Indian version being biochemically identical to the European one – it’s technically the same vaccine, just manufactured in India. When India pushed back and threatened mandatory quarantine for EU arrivals too, 15 EU nations relented. Bullies often understand only the language of bullying.

Another test will be how the US behaves over India’s recent procurement of Russia’s S-400 missile defense system. The regime has previously sanctioned Turkey and China for purchasing S-400s. Whether it will sanction India too when deliveries start at the end of the year remains an open question. If it does, it will be one more indication that India is just a pawn for the US in its geopolitical games with China. If it doesn’t, it will prove that US anti-Russian sanctions are simply wielded by the regime on a whim to nations it doesn’t like. America will call its own bluff – regardless of which path it chooses.

Incident by incident, evidence is mounting that the US regime has little intention of treating India as a nation on its own terms, but merely to use it as just another dispensable front in its hybrid war against China. Still, while India and other countries caught in the crossfire may be too smart to agree to every US demand (Vietnam also recently snubbed the US), they are all relishing the attention.

In its search for allies to counter China’s rise, the US often comes bearing gifts, many of them genuine. The best strategy for India would be to benefit from the new US-China Great Game and play the two against each other. After all, until you can become a superpower yourself (as you were for the better part of the last 2,000 years), the next best thing is to benefit from superpower rivalry.

Maitreya Bhakal is an Indian commentator who writes about China, India, the US, and global issues.