16 Sep 2021 – The granddaughter of Mahatma Gandhi discusses growing up in her family’s intentional community and the importance of self-sufficiency. 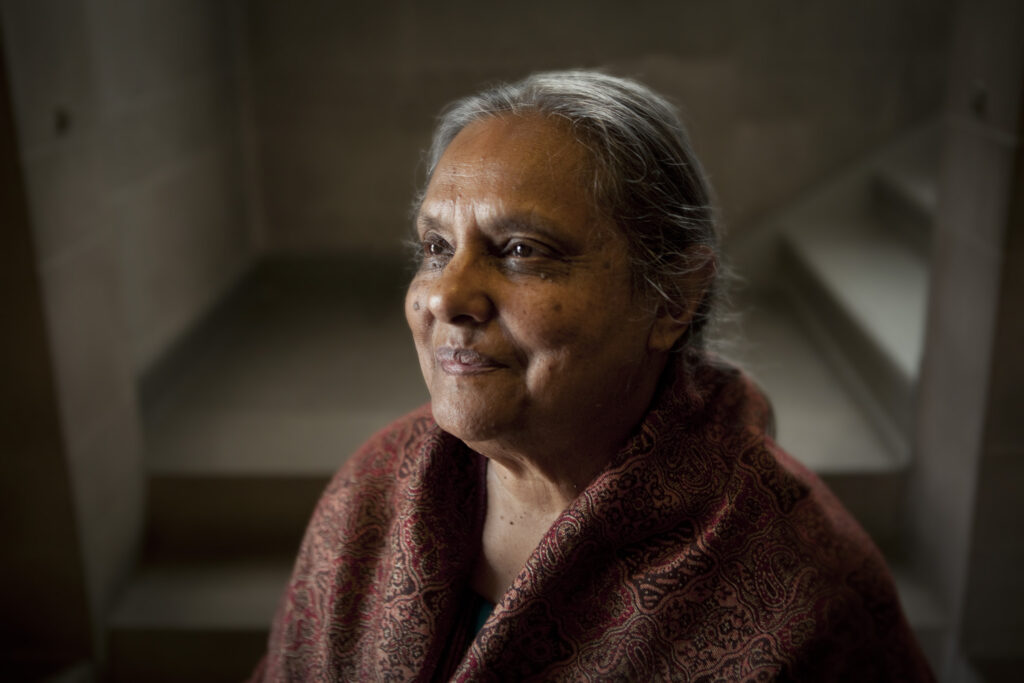 This week Nonviolence Radio hosts Ela Gandhi, granddaughter of Mahatma Gandhi, herself a peace activist and committed supporter of nonviolence. Ela was raised in the Phoenix Settlement, an ashram established by Gandhi in 1904 and dedicated to the value of self-sufficiency, a profound concern for the natural world and promoting human dignity for all. In this episode, hosts Stephanie Van Hook and Michael Nagler talk to Ela about her life, the corrosive power of consumerism in our world today, the importance of actively modeling compassion, decency and kindness, and the crucial Gandhian idea of constructive program:

…at Phoenix Settlement, we encouraged people to do their own growing of vegetables and so on. That was one way in which people became self-sufficient. Also, in little skills to make them less dependent on the mainline economy. This is building up your own economic activity so that you become self-sufficient, so that you’re not dependent on the people who are actually exploiting you. That’s the one thing.

The second thing is that you are not supporting the exploitative mechanism. By becoming independent or dependent on yourself rather than on these economic giants, you’re making a statement and you’re also showing that, at the end of the day, they depend on us as consumers. And if we stop consuming what they produce, then it makes them think, it makes them reassess what they are doing. That’s one of the ways in which one indicates to people that we are unhappy about the way you are doing things.

“Constructive program” emerges as one of the most empowering and effective tools nonviolent activists can use to push back against oppressive forces and set up a more just and peaceful world.

Ela Gandhi is a member of the TRANSCEND Network for Peace Development Environment, a granddaughter of the Mahatma and a native and resident of South Africa. She has been placed under house arrest for 8 years for political activism and was a Member of Parliament in the National Assembly from 1994 to 2003. She runs a newspaper and researches and collects information on Mahatma Gandhi and other heroes of the liberation struggle to compile them into documentaries for purposes of research and education. Serves in a voluntary capacity as:
-Hon. International President of World Council on Religions for Peace
-Chancellor of Durban University of Technology
-Chairperson of Satyagraha and Trustee of Gandhi Development Trust
-Member of African National Congress’ Commission on Religious Affairs
-Vice Chair of International Centre of Nonviolence (ICON)
-Board member of the Legal Aid Board (LAB).