16 Sep 2021 – How Indigenous resistance reined in fossil fuels, why Britain is more united than we think, and the rise of edible playgrounds, plus… 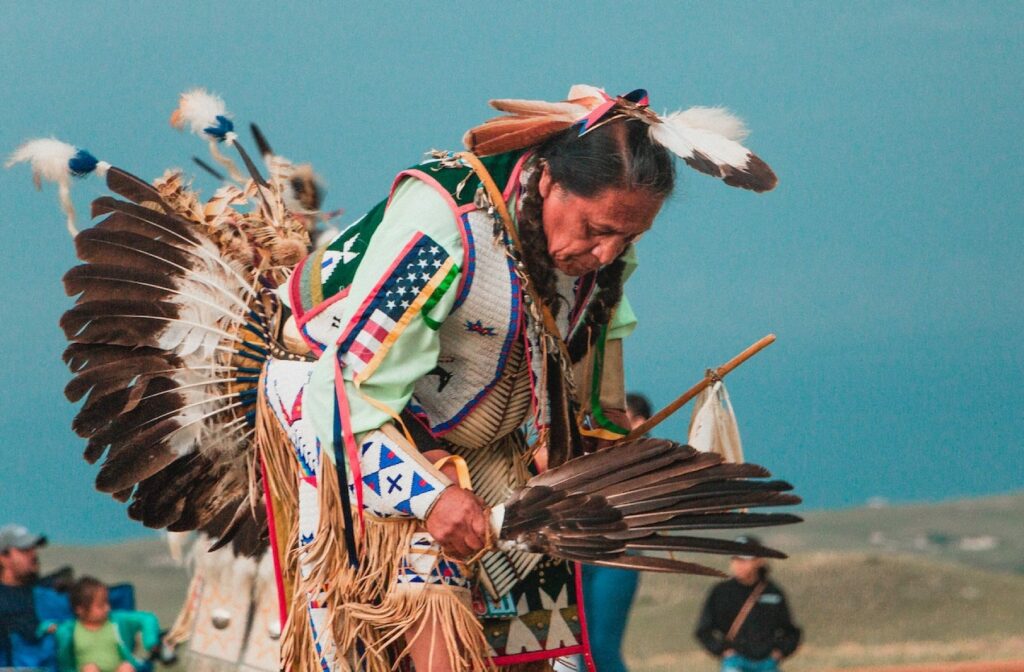 Indigenous-led resistance to fossil fuel projects in North America has prevented emissions equivalent to 400 coal-fired power plants from entering the atmosphere in the last decade.

That’s according to a joint report by the Indigenous Environmental Network and Oil Change International, a non-profit that promotes green energy. It analysed the impact that Indigenous resistance had on proposed fossil fuel projects in the US and Canada, highlighting 20 that have been cancelled or delayed following protests from Native American groups.

Combined, the shelved projects would have belched out the equivalent of 25 per cent of the US and Canada’s annual emissions, the report’s authors estimated. Their findings are welcome news after it was revealed that a record number of environmental activists were killed in 2020.

“Indigenous communities resisting oil, gas, and coal projects across their territory are demonstrating true climate leadership,” said Kyle Gracey of Oil Change International. “Respecting and honouring the wisdom and sovereignty of Indigenous peoples is a key solution to the climate crisis.”

Generational divide over climate is a myth – study

Older generations in the UK are just as worried about the climate crisis as younger people, and are equally willing to make sacrifices to protect the planet.

So found a study, published this week, which debunks the myth that a generational war is playing out over the climate emergency. The research, by the Policy Institute at King’s College London and New Scientist magazine, found that 68 per cent of baby boomers are willing to change their habits to save the environment, versus 70 per cent of generation Zs.

“There are many myths about the differences between generations – but none are more destructive than the claim that it’s only the young who care about climate change,” said Professor Bobby Duffy, director of the Policy Institute. “If we want a greener future, we need to act together, uniting the generations, rather than trying to drive an imagined wedge between them.”

A report suggested Britain is ‘moving closer together’

On the subject of shared values, another report this week concluded that people in Scotland, England and Wales are well aligned on many social issues, despite the politically fragile nature of the union and the divisive culture wars playing out in the UK.

Strengthening the NHS, reducing inequality, slashing emissions, improving pay and challenging racism are among the shared priorities for people living in the three nations, according to research by Our Scottish Future. The organisation was founded by the former UK prime minister, Gordon Brown, to make a positive case for the union.

Brown said the report showed that the UK was “moving closer together, not further apart”.

California is set to launch a mental health hotline

Californians experiencing a mental health crisis will soon be able to call a three-digit number for support, after the service secured funding last week.

The 9-8-8 hotline is set to launch in July 2022, and will direct callers to a mental health response team. The $20m (£14.5m) funding announced last week was less than some had hoped for, but was enough to get the service going.

Darrell Steinberg, mayor of Sacramento, said the money was “a first step towards creating an easier to access system for mental health care”. He added: “Our jails and emergency rooms can no longer be our primary treatment for people in crisis.”

The end of coal is nigh, claimed a report

Three-quarters of the world’s planned coal-fired power plants have been scrapped since the 2015 Paris agreement, according to a report, whose authors suggest the end is nigh for coal.

The climate groups behind the report – E3G, Global Energy Monitor and Ember – said the collapse in coal brings the world “closer to a pathway consistent with international climate goals”.

The report’s authors said that 44 nations have committed to eliminating the fossil fuel, with a further 33 in a position to make a formal “no new coal” pledge. Just six nations, they added, are responsible for four-fifths of proposed coal plants: China, India, Vietnam, Indonesia, Turkey and Bangladesh. Most have plans to reduce coal burning.

More school children in Wales are to get access to edible playgrounds, it was announced this week.

The environmental charity Trees For Cities said that it has started work on raised beds, greenhouses and wormeries for 10 schools in Cardiff, which is striving to become a UNICEF Child Friendly City.

“This initiative will allow pupils to benefit from greener spaces in their playgrounds, access more outdoor lessons and understand in greater depth about where their food comes from,” said David Elliott, the chief executive of Trees For Cities.

The charity has already installed edible gardens at 180 schools in the UK.

Work has begun on the UK’s first on-demand, cargo bike-sharing scheme, which is scheduled to launch in London this month.

Eight of the bikes will be available for public hire in Hackney. Residents will be encouraged to use them instead of cars and vans for errands like shopping and moving furniture.

“We believe this e-cargo bike trial has the potential to show what is possible in many urban areas across the UK, as businesses and residents explore more sustainable transport options,” said those behind the scheme.

Motor vehicles have been driven out of one of London’s most famous thoroughfares as part of plans to create a “green oasis” in the heart of the city.

A section of the Strand that was often choked with traffic is now home to a pop-up skatepark. The facility – located outside Somerset House and King’s College London – will remain throughout September, while plans are finalised to turn the three-lane road into a place for recreation.

“Reclaiming the Strand from traffic for people will create a greener, healthier and safer piece of city,” said Cannon Ivers, who is leading the project.