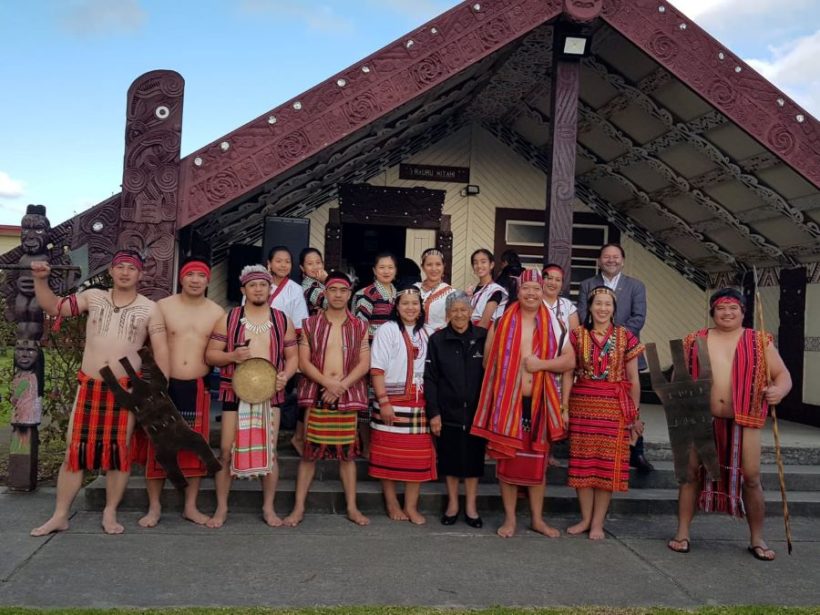 Clad in their traditional costumes, migrant Igorots in New Zealand pose with the Tauranga representatives who welcomed them on the Marae (Maori meeting ground fronting a Te Wharenui, carved building) during the first of its kind inaugural ceremony where the Igorots experienced the Maori custom of manaakitanga (hospitality). Photo Credit: Eugene Banotan.

Capitalizing on the value of inclusion, appreciation of cultural heritage, shared commonalities, and recognition of their humble contribution to the Kiwi community, it is heartening to watch how the New Zealand tangata whenua (locals) welcomed our indigenous peoples from Northern Philippines together with other migrants who work in the Bay of Plenty region, North Island, New Zealand. They were warmly received in an inaugural ceremony beginning with the manuhiri (the locals and the migrants) lined up in front of the Marae, followed by Karanga (call) where they were called by a kaikaranga (Maori woman caller) exchanged speeches, chants, waiata (song), dances, hariru (shaking of hands), hongi (process of imparting the breath/pressing the noses and forehead), sharing of kai (food) at the Whare Kai (dining room) and other expressions of Maori manaakitanga (hospitality). All participants internalized that the whole process is an act of loving-kindness, a joyous event, a Tapu (sacred) ceremony representing that the migrants and the tangata whenua (locals) parties are no longer separate, but are ONE, safe and cared for altogether.

In gratitude for the warm and generous gestures of the Maori, local indigenous peoples of New Zealand, the Igorot migrants, with the sound of the gongs performed traditional Igorot dances, chants, and participated in the powhiri ritual.

Paora Stanley, the Ngai Te Rangi iwi Chief Executive beautifully expressed that migrants ought to be celebrated. Such a heartfelt gesture on his part as the leader of his people, establishing lasting friendship and solidarity with the migrants of New Zealand. Credit: www.1news.co.nz.

Paora Stanley, the Ngai Te Rangi iwi Chief Executive beautifully expressed his community’s wish for sincere solidarity and genuine friendship with the migrants and posited that the migrants ought to be celebrated. What a heartwarming and harmonious way to welcome migrants among them. Mary Anne Baldo, an Igorot migrant, expressed in her joy relating to her relatives in Mountain Province: “One Maori elder said to us that we came here as a seed in a pot, then became a tree that is still in the pot. Now, the elder continued to say that we can break that pot to be able to take root on the ground of New Zealand.” That is what the elder said which very much touched my heart. 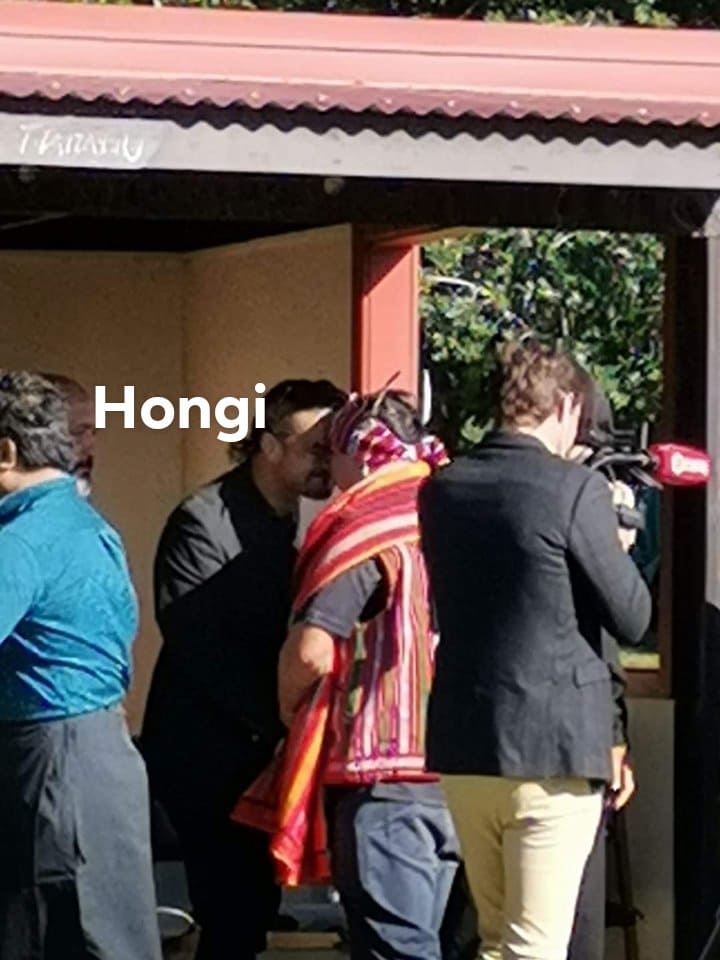 Santi Baldo representing the Igorot Elders in the Bay of Plenty imparts hongi with a Kiwi from New Zealand. Baldo is now a tangata whenua signifying that he is not just a mere visitor, but one who is united with the Maori and Kiwi people. Photo credit: Jake Biray

When Philippine migrant indigenous elder Santi Baldo was interviewed by the local press, he expressed: “it is very important for us, we feel like we are at home, and we have a sense that we belong to a family.” 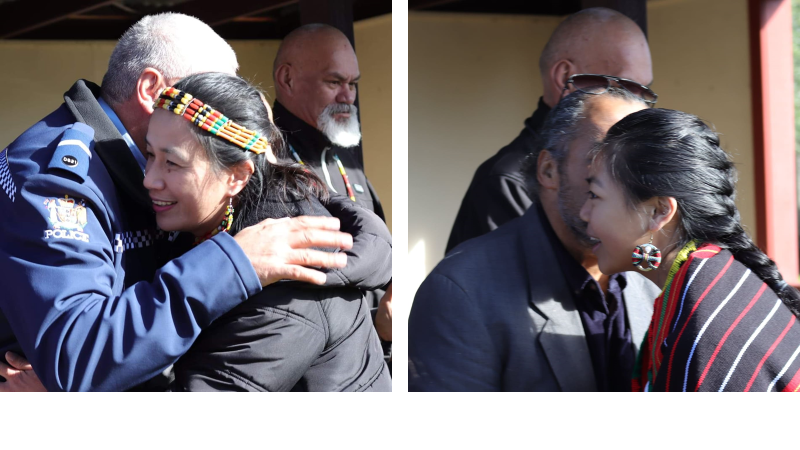 This October, other than celebrating the occasion in our respective localities, we also express our heartfelt gratitude and remember in our prayers our Philippine indigenous peoples in the diaspora who serve as migrant workers in many parts of the world. They, who have shared our unique indigenous traditions in their host countries and have greatly contributed to the economic wellbeing of the Philippines back home. 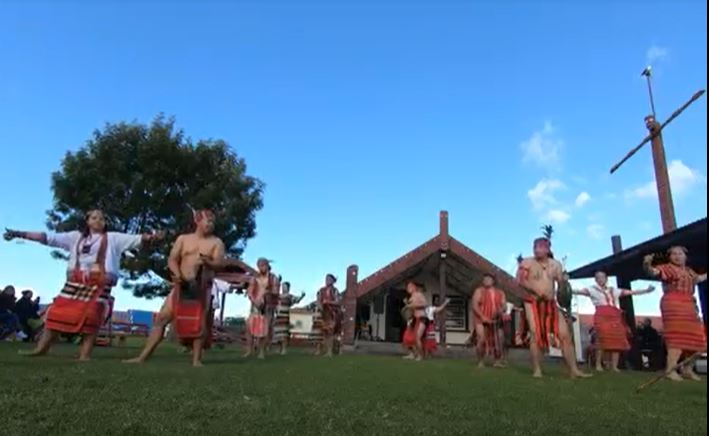 Migrant Igorots from Northern Philippines perform their dance as a sign of their true gratitude and respect for the NZ local community that accepted them as partners, as brothers and sisters in the Bay of Plenty region, North Island. 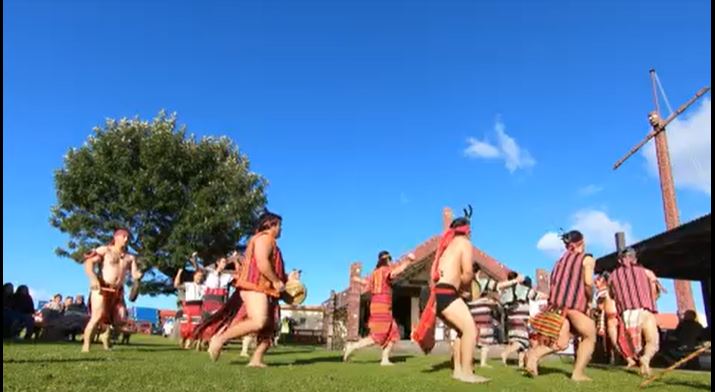 The locals were mesmerized by the sound of the gongs of the Igorots played on the NZ Marae sacred ground.

It was indeed a beautiful ceremony of interconnectedness welcoming migrant workers in traditional sacred ways of their ancestors. This is a good example of brotherly and sisterly acceptance and solidarity of the host country to working migrants from other countries which other host countries can emulate as they live in harmony with the migrant workers in their midst. This sacred ceremony is a counterforce to racial discrimination and segregation. 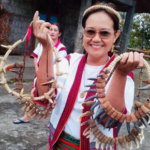 Genevieve Balance Kupang (Genie) is an anthropologist, consultant, researcher, and advisor to individuals and organizations engaged in working for good governance, genuine leadership, justice, integrity of creation, peace, the indigenous peoples, preservation of cultures, and societal transformation processes. She is a peace educator, author, interreligious dialogue practitioner, and resource person with a career in the academe and NGO.