Pyramid schemes aren’t a corruption of capitalism — they’re a microcosm of how the class system arbitrarily creates winners and losers while falsely promising opportunity for all. 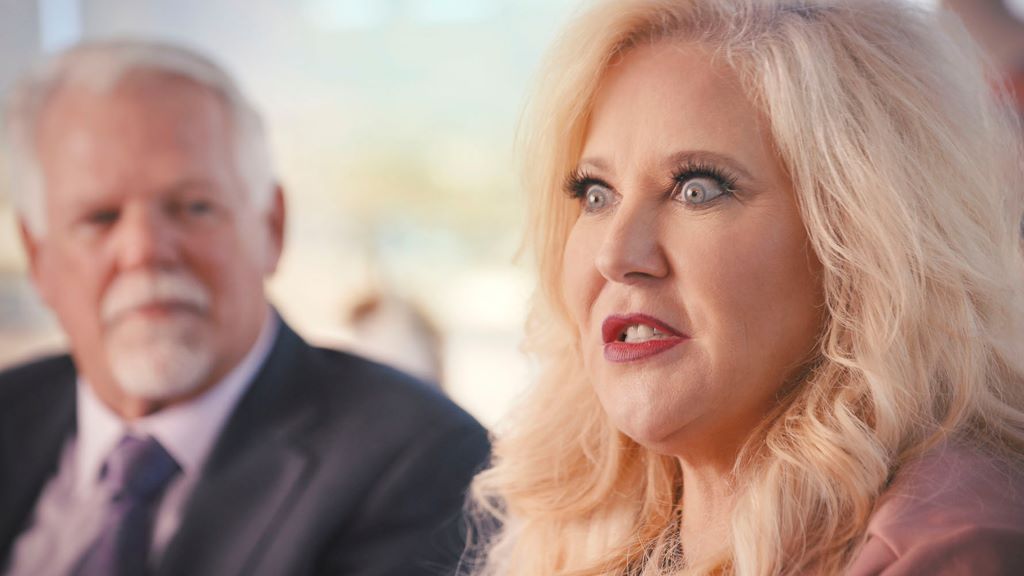 23 Oct 2021 – Back in high school, a friend of mine somehow got looped into attending a seminar concerned with spreading the good word about an exciting — though notably nonspecific — job opportunity. In retrospect, everything about the initial experience was less a series of red flags than it was a proverbial flotilla of giant crimson banners emblazoned with the words “obvious scam.” Adding to the aforementioned lack of specificity (just what the hell was this “opportunity”?), the event itself was to be held in a bleak-looking conference room at an airport motel — the kind of vaguely sinister and transitory location one associates with ugly carpets, mandatory office retreats, marital infidelity, and small-time hucksterism.

In retrospect, I don’t think the actual nature of the gig (such as even existed) was ever really made clear. From what I gathered at the time, attendees were shown a series of peppy, Tim and Eric–esque videos featuring would-be salt-of-the-earth types who had supposedly transformed their lives overnight using the One Weird Trick bequeathed to them by whatever shady LLC was hosting the affair. (My friend, to their credit, left after ten or fifteen minutes.) Were I a betting man, though, I’d put all my chips down on saying this was a multilevel marketing (MLM) scheme of one kind or another — perhaps a notch or two away from being downright illegal, but doubtless powered by a mix of sleaze, credulity, and human desperation.

I’ve had MLMs on the brain since I watched the recent documentary LuLaRich, which chronicles the rise and (at least partial) fall of LuLaRoe: a company that successfully ensnared tens of thousands of Americans by peddling a seductive tale of economic independence and personal empowerment. On a basic level, there’s nothing to particularly distinguish LuLaRoe from other schemes leveraging the same rhetoric and business model. In this case, the schtick was mainly directed at women, who were sold on the prospect of selling custom apparel from home and making big bucks while doing it.

The wee wrinkle, of course, was that the hustle-and-grind, rags-to-riches narrative projected by the company’s surreally weird cofounders DeAnne and Mark Stidham was quite literally unattainable for the vast majority of those involved. This wasn’t, as adherents to that narrative would insist, for lack of sacrifice or effort. Many of LuLaRoe’s victims worked themselves to the bone and went badly into debt, only to find the money they’d invested to have the privilege of selling its products yield a negative rate of return. (It’s unclear how often this happened, but LuLaRich also reveals that the company actually advised some women to monetize their breast milk for capital.) In 2016, by which point LuLaRoe’s sales had ballooned by 600 percent to roughly $1 billion, 70 percent of representatives made no money whatsoever from its coveted recruitment bonuses, while a minuscule 0.1 percent at the top took in the equivalent of a lavish down payment every month.

This is more or less the industry standard, by design. Distributors for AdvoCare, a somewhat rare example of a multilevel marketing company officially declared a pyramid scheme by the Federal Trade Commission (FTC), mostly made zilch that very same year — with 72 percent earning nothing and 18 percent making $250 dollars or less. An income disclosure statement from Young Living, whose game is selling essential oils, meanwhile, shows that nearly nine in ten distributors based in the United States earned an average of four dollars in 2018. Much the same is true of skincare company Rodan and Fields, where roughly 67 percent of sellers boasted a median income of $227 in 2019, and Color Street, where over half of sales representatives raked in monthly profits below twelve dollars in 2018. According to research from the Consumer Awareness Institute, 99 percent of people recruited to participate in multilevel marketing schemes don’t just fail to turn a profit; they actively lose money.

Perhaps unsurprisingly, the pandemic has been something of a boom time for the industry, with a majority of multilevel marketing companies who responded to a recent survey reporting increased revenue in 2020 and attributing it to COVID-19. According to data from the rather unfortunately named DSA, the official trade association for MLMs (DSA, in this case, stands for “Direct Selling Association”), the recession of 2007–9 saw the ranks of those involved swell by several million — a fact that tells you just about all you need to know about the bottomless reserve of economic ruin and human misery from which the MLM business model conscripts the majority of its recruits. According to the DSA’s own numbers, nearly three-quarters of MLM participants are women, while one in five are Hispanic: two demographics statistically more likely to be poor and/or lacking financial independence.

Officially, of course, a multilevel marketing company is distinct from an actual pyramid scheme. But, as longtime MLM critic Robert FitzPatrick argues, the boundary between “legitimate” multilevel marketing and straightforward fraud is porous at best. As per FitzPatrick, the US government defines the legal variety as “a type of enterprise in which participants can earn money from their own retail sales and from commission overrides based on the retail sales of other participants they recruit in a genealogical chain.” The problem, as he observes, is that the FTC has never actually identified a single MLM company that meets such a definition. “Since,” FitzPatrick writes, “no one in MLM actually does gain or could gain sustainable profit from retailing, no one also gains income from retail sales of those recruited. The legitimate, retail-based MLM is as real as a Unicorn.”

In truth, it’s hard to think of a better microcosm for capitalism than multilevel marketing, or a more apt depiction of why its foundational mythology is so obviously a fraud. In the world of MLMs, all of us are just temporarily embarrassed millionaires. With sufficient effort and the application of vigorous work ethic, anyone and everyone can be their own boss while spreading the good word far and wide so that others can rise too. According to MLM’s oleaginous prosperity gospel, sales reps get to help others by selling useful products and enriching themselves, engaging in a perfect symbiosis of enlightened self-interest. Those who lose money or complain are, by extension, either lazy or otherwise personally defective.

It’s transparently bunk, as even a rudimentary analysis of the MLM business model quickly reveals. As FitzPatrick explains:

The main fraud of multi-level marketing is in plain sight. It is the model of the “endless chain” of recruits, misnamed as “salespeople, associates, distributors, coaches,” etc. How could any sales organization have an “unlimited” number of sellers operating in the same areas? How could a sales chain extend to “infinity”? The MLM model actually is two-lies-in-one. First, obviously, as the number of participants increases, the chance to recruit a large downline diminishes for those at the end of the chain. The “opportunity” is not “unlimited.” It is finite and diminishing. The thousands at the bottom of the pyramid cannot possibly enroll as many recruits as those few at the top already have. . . . Second . . . the recruiting chain pay-plan requires each participant to enroll a number of recruits before profit is possible. Therefore, a ratio of “winners” to “losers” is baked in right from the start.

Of course, in a capitalist marketplace a distinction can be drawn between a legitimate commercial transaction and outright fraud. If you sell me lumber because I’m trying to build a barn, there are certain conditions under which both of us may benefit. But if I sell you a vial of olive oil by claiming it will cure blindness, you’ve clearly been had. Though many rich people simply inherited or stumbled upon their wealth, a handful of individuals have successfully risen from rags to riches by way of intelligence, grit, or some combination of both.

The problem is that, under capitalism, this archetypal story of personal success will always be unreachable to the vast majority regardless of their work ethic or talent. Markets are not ultimately even terrains of competing entrepreneurs where rewards are distributed based on hard work and social value. By design, they are quite literally pyramids in which a small few at the top dominate the vast majority at the bottom — a fact that is no less the case when the purchase or sale of goods and labor occurs free of outright deception or fraud. The system isn’t built such that everyone can become a boss, owner, or entrepreneur, and plenty will spend their working lives toiling mainly to enrich someone else.

This simple and elementary truth has always been hiding in plain sight — though, for most of us caught in capitalism’s proverbial airport motel conference room, it’s liable to be drowned out by the sleaze merchants peddling their phony prophecies from atop the dais.

Luke Savage is a staff writer at Jacobin.