The New Financial Weapons of the West 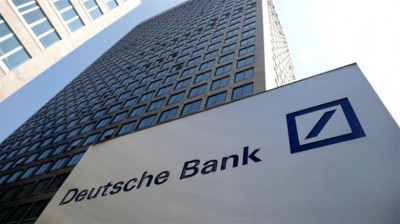 9 Nov 2021 – New weapons are being added to the arsenal of the West’s economic and financial policies. In order to understand their nature and scope, it is necessary to start from those used up to now: sanctions – including the heaviest one, the embargo – implemented mainly by the United States and the European Union against entire states, companies and individuals. Fundamental is to understand the criterion by which they are decided: the U.S. and EU decide at their sole discretion that a state or other entity has committed a violation, establish the sanction or total embargo, and demand that third countries comply with it, under penalty of retaliation.

In 1960, the United States imposed an embargo on Cuba, which, having freed itself, had violated its “right” to use the island as its own possession: the new government nationalized the properties of U.S. banks and multinationals that controlled the Cuban economy. Today, 61 years later, the embargo continues, while U.S. companies are demanding billions of dollars in repayments from Cuba.

In 2011, in preparation for the U.S.-NATO war against Libya, U.S. and European banks seized 150 billion dollars of sovereign wealth funds invested abroad by the Libyan state, most of which subsequently disappeared. In the great robbery, Goldman Sachs, the most powerful U.S. investment bank, of which Mario Draghi was vice president, stood out.

In 2017, following new U.S. sanctions against Venezuela, assets worth $7 billion were “frozen” by the U.S. and 31 tons of gold deposited by the Venezuelan state at the Bank of England and Germany’s Deutsche Bank were seized.

Against this backdrop is the new, colossal financial operation launched by Goldman Sachs, Deutsche Bank and other major US and European banks. Ostensibly mirroring that of sanctions, it involves not economic restrictions or seizure of funds to punish countries found guilty of violations, but the granting of funding to governments and other virtuous entities that adhere to the “ESG Index: Environment, Society, Governance.”

The official purpose of the ESG Index is to establish standards to avoid the imminent climate catastrophe announced by the Glasgow Conference, to defend human rights trampled by totalitarian regimes, to ensure good governance on the model of the great Western democracies. To set these standards are mainly the U.S. Department of State, the World Economic Forum, the Rockefeller Foundation, the World Bank, supported with a subordinate role by some UN organizations. The greatest guarantee of human rights is represented by the U.S. State Department, whose embargo on Iraq with UN approval caused, in 1990-2003, a million and a half deaths, including half a million children.

The financial operation focuses on climate change: the UN Conference in Glasgow announced, on November 3, that “Finance goes green and resilient”. The Glasgow Financial Alliance for Net Zero is born, joined by 450 banks and multinationals from 45 countries since April, which commits to “invest over the next three decades more than 130 trillion (130,000 billion) dollars of private capital to transform the economy to zero emissions in 2050.” The capital is raised through the issue of Green Bonds and investments made by mutual funds and pension funds, largely with the money of small savers who risk finding themselves in yet another speculative bubble.

By now, there is no bank or multinational company that is not committed to achieving zero emissions by 2050 and to helping “poor countries” in this sense, where over 2 billion inhabitants still use wood as their only or main fuel. Solemnly committed to zero emissions is also the Anglo-Dutch oil company Royal Dutch Shell that, after causing an environmental and health disaster in the Niger Delta, refuses to reclaim the polluted land. So, while waiting for zero emissions, the inhabitants continue to die from water polluted by Shell’s hydrocarbons.

This article was originally published on Il Manifesto. Translated from Italian.