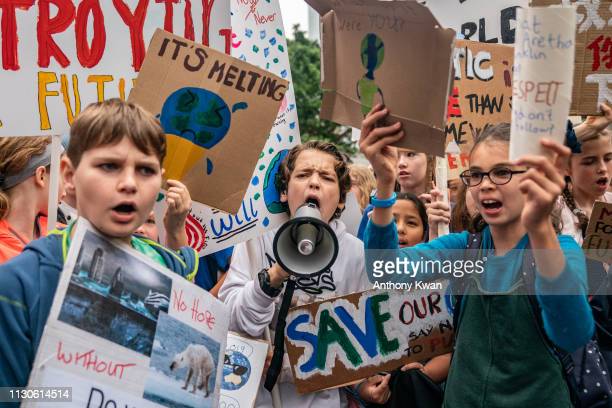 Students hold placards and shout slogans as they participate in a protest on March 15, 2019 in Hong Kong. (Photo by Anthony Kwan/Getty Images)

28 Oct 2021 – Young people are increasingly becoming world citizens and World Patriots. They want to save the world.

We are all world citizens with certain inalienable rights.  The Earth Constitution and the UN’s Declaration of Human Rights list these basic rights which  are for everybody, everywhere.  They are universal.

We consider ourselves to be a global family.

We see their national patriotism (love of country) elevated to world patriotism as they urge all nations at the COP26 climate change meetings to act quickly and responsibly to deal with climate change.  Some of these leading activist groups include: Extinction Rebellion,  Climate Justice Alliance, Sunrise Movement, Indigenous Environmental Network, and CUNCR’s Youth Climate Ambassadors.

COP26 is a United Nations Climate Change Conference to be held in Glasgow, Scotland from October 31 through November 12, 2021.  (COP stands for Conference of the Parties.)

Its youth climate ambassadors will spread the word that a global system change must be part of the solution.  This means opening up the obsolete UN Charter to a review under Article 109.  Democratic World Federalists call it THE SAN FRANCISCO PROMISE.

CUNCR youth ambassadors in a Climate Democracy Declaration seek a “UN Parliament representing everyone,” and a “world court …to prosecute environmental crimes.”  The Declaration calls for the SAN FRANCISCO PROMISE to be upheld, meaning that the UN is legally required to convene a review of the Charter, but has yet to do so.

Currently the World Constitution & Parliament Association (WCPA) and Earth Constitution Institute are the organizers of the 15th Provisional World Parliament (PWP) which offers model world legislative acts using the Earth Constitution (which is the first green constitution ever drafted) as its foundation.  WCPA-India is hosting the PWP (December 10-12, 2021) in New Delhi.   www.wcpa.global.

While the Earth Constitution is designed to end war between nations, the UN’s defective Charter has prevented the UN from performing its primary mission — “ending the scourge of war.”

US/NATO with over 700 foreign military bases is one of the largest polluters in the world while also illegally attacking a number of nations.  Nations destroyed, or with the threat of invasion, will not be able to have climate change as a top priority. For example, nations like Venezuela, Nicaragua, Iraq, Iran, Afghanistan, Syria, and Libya — victims of illegal aggression, will not have the time, money or resources to worry about climate change.

Fear of military aggression will also reduce the ability of key major nations to respond adequately to climate change.  China and Russia, fearful that the US military is attempting to encircle them, will prioritize military needs over climate change.

The US, attempting to establish “full spectrum military dominance” over all other nations, has an almost unlimited budget for conducting war and has increased spending on its nuclear modernization Life Extinction Program.  The massive US military budget will make it difficult for the US to do its share to deal with climate change.

“The Psychology of Nuclear Disarmament: Only A Democratic World Federal Union Is Realistic” (Kotila, 2/2/21 earthfederation.info) explains why to eliminate nuclear weapons we must also end war.  To end war we must Federate. In a Federation the nations will no longer have to be paranoid — worried that the Other is secretly preparing to attack.

Nukes are too dangerous and must be eliminated, but nations will not give up their weapons of mass destruction until a United Federation of Nations is formed — a “new UN” established by replacing the fatally flawed UN Charter with the Earth Constitution as a model and guide to form a democratic world federation with a World Parliament and World Judiciary System with Enforcement powers.

In summary, the new generation of climate change activists, by also addressing war and the nuclear nightmare, will rise to the level of World Patriot.

Roger Kotila, Ph.D. is a psychologist (ret.) with many years of clinical experience with the California Dept. of Corrections doing psychiatric diagnosis and treatment with inmates. President of Democratic World Federalists he is co-editor of DWF NEWS, and editor of Earth Federation News & Views. He supports a “new UN” under the Earth Constitution. www.earthfederation.info Email: earthstarradio@aol.com