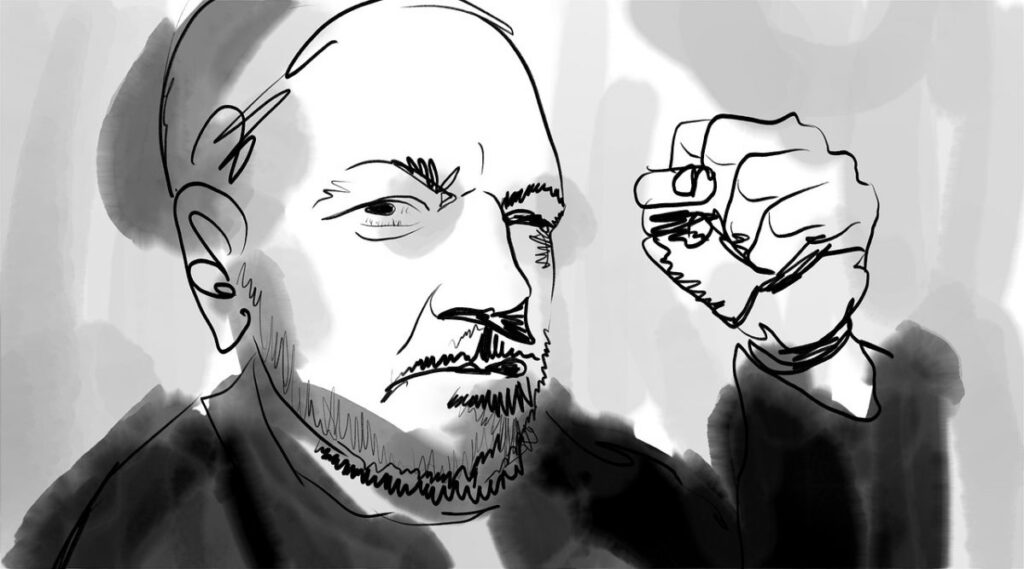 15 Nov 2021 – The New York Times has published a very solid investigative report on a US military coverup of a 2019 massacre in Baghuz, Syria which killed scores of civilians. This would be the second investigative report on civilian-slaughtering US airstrikes by The New York Times in a matter of weeks, and if I were a more conspiracy-minded person I’d say the paper of record appears to have been infiltrated by journalists.

The report contains many significant revelations, including that the US military has been grossly undercounting the numbers of civilians killed in its airstrikes and lying about it to Congress, that special ops forces in Syria have been consistently ordering airstrikes which kill noncombatants with no accountability by exploiting loopholes to get around rules meant to protect civilians, that units which call in such airstrikes are allowed to do their own assessments grading whether the strikes were justified, that the US war machine attempted to obstruct scrutiny of the massacre “at nearly every step” of the way, and that the Air Force’s Office of Special Investigations only investigates such incidents when there is “potential for high media attention, concern with outcry from local community/government, concern sensitive images may get out.”

“But at nearly every step, the military made moves that concealed the catastrophic strike,” The New York Times reports. “The death toll was downplayed. Reports were delayed, sanitized and classified. United States-led coalition forces bulldozed the blast site. And top leaders were not notified.”

Journalist Aaron Maté has called the incident “one of the US military’s worst massacres and cover-up scandals since My Lai in Vietnam.”

NYT revealed that the US bombed 70 Syrian civilians & covered it up. The Baghuz massacre likely only came to light because of whistleblowers, Pentagon investigator Gene Tate & Air Force lawyer Lt. Col. Dean Korsak, who challenged the cover-up from within. https://t.co/jKDOkOtXyR

Asked by The Times for a statement, Central Command gave the laughable justification that maybe those dozens of women and children killed in repeated bomb blasts were actually armed enemy combatants:

“This week, after The New York Times sent its findings to U.S. Central Command, which oversaw the air war in Syria, the command acknowledged the strikes for the first time, saying 80 people were killed but the airstrikes were justified. It said the bombs killed 16 fighters and four civilians. As for the other 60 people killed, the statement said it was not clear that they were civilians, in part because women and children in the Islamic State sometimes took up arms.“

I mean, how do you even address a defense like that? How do you get around the “Maybe those babies were ISIS fighters” defense?

Reading the report it becomes apparent how much inertia was thrown on attempts to bring the massacre to light and how easy it would have been for those attempts to succumb to the pressure and just give up, which naturally leads one to wonder how many other such incidents never see the light of day because attempts to expose them are successfully ground to a halt. The Times says the Baghuz massacre “would rank third on the military’s worst civilian casualty events in Syria if 64 civilian deaths were acknowledged,” but it’s clear that that “acknowledged” bit is doing a lot of heavy lifting there.

And it really makes you appreciate how much work goes into getting information like this in front of the public eye, and how important it is to do so, and how tenuous the ability to do so currently is.

"An American F-15E attack jet dropped a 500-pound bomb on the crowd [of women and children], swallowing it in a shuddering blast. Then a jet tracking them dropped one 2,000-pound bomb, then another, killing most of the survivors."#WarCrimes https://t.co/2PLLkjvrFz

Julian Assange currently sits in Belmarsh Prison waiting to find out if British judges will overturn a lower court’s ruling against his extradition to the United States to be prosecuted under the Espionage Act for journalistic activity which exposed US war crimes. War crimes not unlike those that were just exposed by The New York Times in its reporting on the Baghuz massacre.

The precedent the US government is trying to set with its persecution of Julian Assange will, if successful, cast a chilling effect over journalism which scrutinizes the US war machine, not just in the United States but around the world. If it can succeed in legally establishing that it can extradite an Australian journalist for publishing information in the public interest about US war crimes, it will have succeeded in legally establishing that it can do that to any journalist anywhere. And you can kiss investigative reporting like this goodbye.

This is what’s at stake in the Assange case. Our right to know what the most deadly elements of the most powerful government on our planet are doing. The fact that the drivers of empire think it is legitimate to deprive us of such information by threatening to imprison anyone who tries to show it to us makes them an enemy of all humanity.