Vaccinated or Not, We Are ALL Controlled and Manipulated 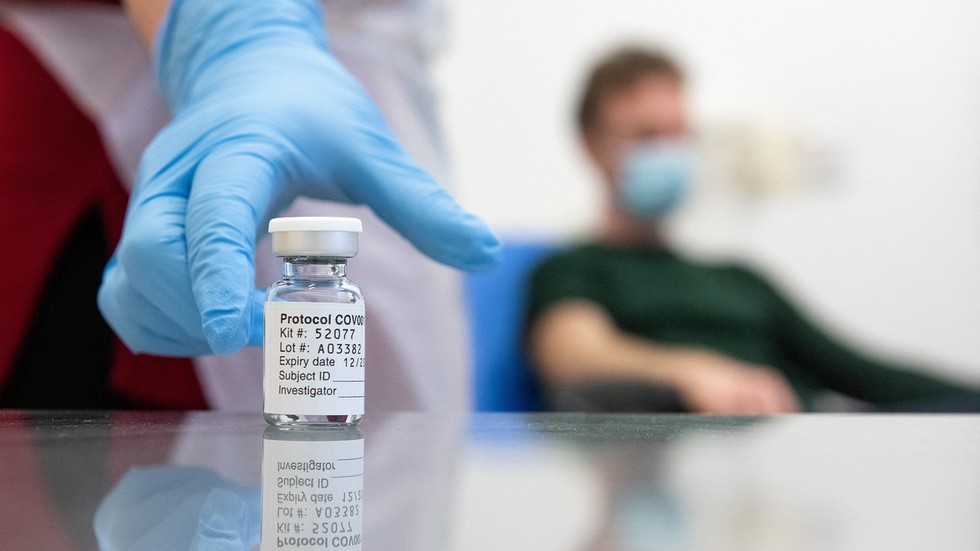 2 Nov 2021 – Those who accept Covid vaccines and those who reject them think of each other as lambs willingly going to the slaughter. Perhaps both are right. But those who buy fake jab certificates are paying the butcher.

Greek media reported last month that a scam allegedly involving thousands of anti-vaxxers and hundreds of doctors was revealed. Those who didn’t want to get jabbed against Covid-19, but yet apparently wanted to avoid restrictions upon the unvaccinated, paid doctors a fee of about 400 euro to inoculate them with ‘water’.

However, the doctors involved in the scheme would then reportedly outsmart them by replacing the ‘fake’ liquid with the real thing, and thus would actually inject them with the vaccine, unbeknownst to the anti-vaxxer. The doctors – corrupt and ethical at the same time – would still keep the bribe. And now for the final hilarious twist: the ‘secretly’ vaxxed anti-vaxxers would naturally get – and describe to others – the vaccine’s side-effects, without, however, being able to explain how or why they would occur.

Although I condemn the doctors participating in this scam, I cannot judge them too harshly. After all, when issuing documents confirming vaccination to anti-vaxxers, they didn’t cheat: they really were vaccinated. In the end, the only people cheated were the ones who wanted to cheat and enjoy the benefits of vaccination without getting jabbed. So such people were cheated by means of truth itself: what they didn’t know is that they really were what they pretended to be: vaccinated.

Is, then, the problem that the doctors not only lied to their patients, but also pocketed the bribes? Even here, one can say that, if the doctors were not to take the bribes, their patients would suspect that they would not be really not-vaccinated. The true ethical concern resides in the fact that the patients were vaccinated against their explicit will – which, in this situation, I consider a rather minor misdemeanor, since the patients’ intentions were to cheat and get Covid vaccination passes, which is why they were threats not just to themselves but also to others.

Many of those who oppose vaccination argue that a vaccine mandate is not only an attack on our personal freedom of choice, but also a violent intrusion into my body comparable to a rape: when I get vaccinated, I am raped by the public, not only by a medical authority… As if our body is ever really just ours.

Also: Slavoj Žižek–Debating whether the Holocaust or colonialism was worse is obscene… both were unspeakable monstrosities

Recently, there was a case in Slovenia of a very old lady slowly dying in a hospital, unable to feed herself, kept alive by six or seven simultaneous infusions. When asked if she wanted to get vaccinated, she ferociously rejected it, saying that she didn’t know what was in the vaccine and didn’t want to have any foreign substances put into her body.

But isn’t this the situation we are all in: vaccinated or not, we are already controlled and manipulated in ways we are unaware of?

What’s really interesting about the Greece anecdote – whether it’s true or not – is that it functions as an exemplum in Pierre Bayard’s sense, rendering in a pure form rarely encountered in social reality the way we are controlled and manipulated. While we think we cheat the public authorities, our cheating is already included into the cycle of the self-reproduction of public authority. So we are in a way acting even worse than a lamb to the slaughter: we act like a lamb which is eagerly paying for its own slaughter.

As Lacan put it, les non-dupes errent: those who are not duped err most, like the members of the American white lower-class who were not duped by the liberal establishment but ended up voting for Donald Trump.

One should also note how the logic of “lambs to the slaughter” applies to both sides of the ongoing struggle. For Covid-sceptics, the lambs were the people who waited in line to get vaccinated, or, when the vaccines were difficult to get, even bribed the doctors to get vaccinated. For others, the lambs were the Covid-deniers who posed a threat to their own lives and the lives of other people by refusing to comply with the pandemic restrictions.

One often hears that the anti-vaccination protests are not just a display of anti-scientific irrationality: they condense a series of other dissatisfactions, such as the feeling of vanishing control over our own lives, with the power of medical authorities and other corporations, etc., so we should enter in a dialogue with them, not just dismiss them with contempt.

More: Slavoj Zizek–The Taliban is the proof that our modernity is an unfinished project

The problem I see here is exactly the same as with anti-Semitism, which expresses a protest against financial exploitation and the like. Similarly, in the case of violence against women, men who abuse women often do so in order to vent their frustration at being humiliated in their social life. What, in all these cases, undermines such a “benevolent” and “understanding” view is the surplus enjoyment generated by the behavior in question: brutalizing women obviously brings a perverted enjoyment. The same goes for anti-Semitic pogroms, and the anti-vaccination conspiracy theories also generate a perverse enjoyment of their own. So we should supplement Lacan’s formula of psychoanalytic ethics – that “the only thing of which one can be guilty is of having given ground relative to one’s desire” – with: you are always guilty/responsible for your enjoyment, even when that enjoyment is externally imposed on you.

Therein resides the material power of ideology: it not only trains us to tolerate power, or even to actively participate in our own submission, but it also cheats on us by the very act of warning us against being cheated. It does not count on our trust in the public order and its values, but on our very distrust – its underlying message is: “Don’t trust those in power, you are manipulated, and here is the way you can avoid being duped!” Sometimes, naivety is our best weapon against deception.